Nowadays are used large number of data modeling techniques, but the most common is Entity-Relationship Diagram (ERD). Several notations are used for ERDs, the most popular is Crow’s Foot notation or IA (Inverted Arrow) notation proposed by Gordon Everest. With its help, it is convenient to create clear and understandable diagrams with large number of attributes.

Crow’s Foot notation suggests the use of boxes to represent the entities and the lines to illustrate the relationships between these entities. Each box contains the name of the entity (noun, obligatory unique within this model) and also its attributes. Each connection line has a name indicated by verb, on the both ends of it are placed the special graphical symbols, which indicate the cardinality and modality. The cardinality determines the counts of relationships, such as one-to-many, one-to-one, many-to-many; one is represented by a vertical straight line and many - by crow's foot symbol. Modality of relationship can be specified by one of two values: one that is indicated by the straight line, or zero that denotes on the optionality of relationship and is represented as the empty circle.

There is 1 stencil library containing 17 vector graphics in the Crow’s Foot Notation solution. 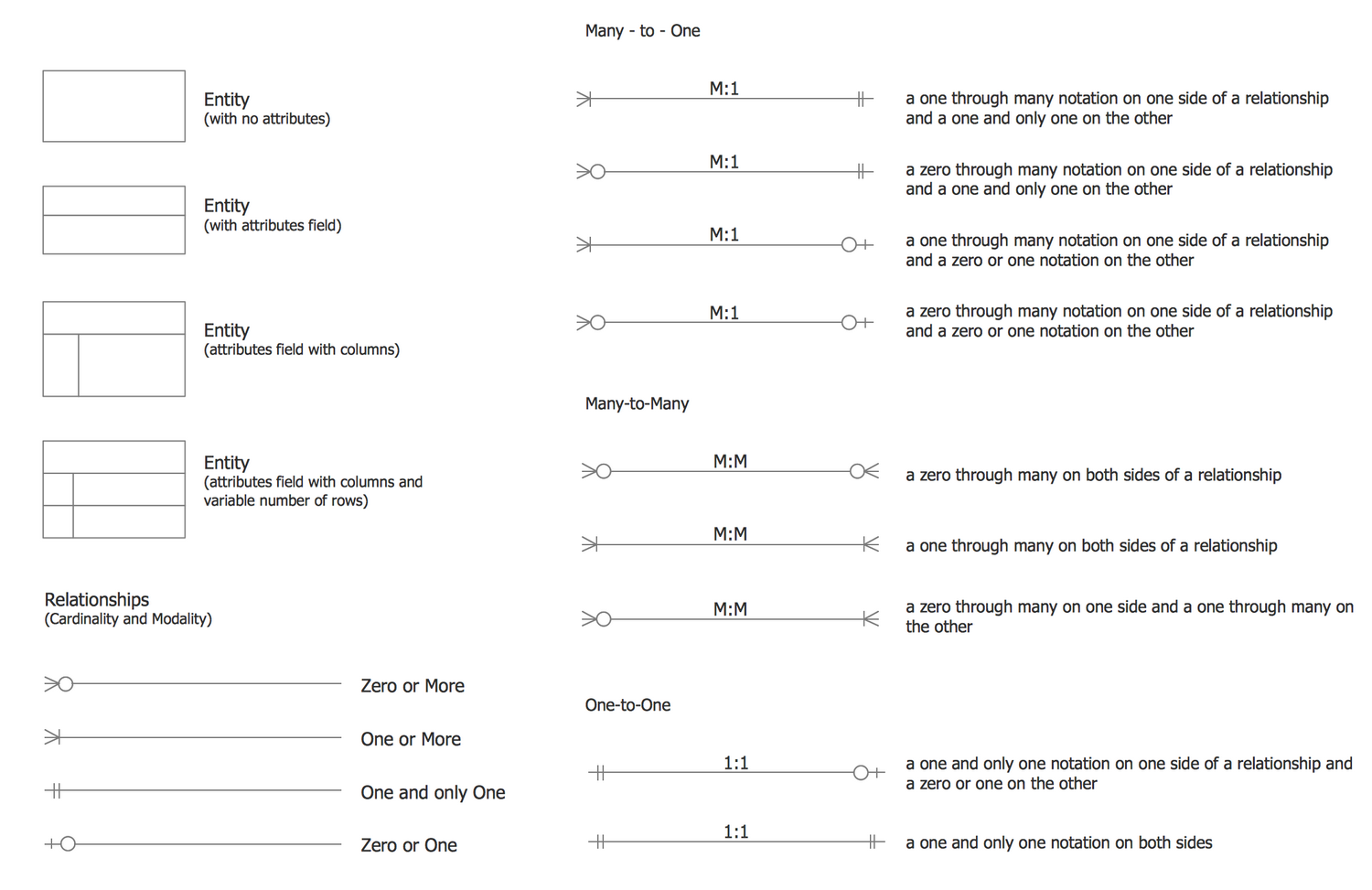 There are a few samples that you see on this page which were created in the ConceptDraw DIAGRAM application by using the Crow’s Foot Notation solution. Some of the solution's capabilities as well as the professional results which you can achieve are all demonstrated here on this page.

This Entity-Relationship Diagram shows the relationships between the Students and Teachers entities. Drawing all entities of ER-diagram in one color spectrum, highlighting the headers, you will make your diagram look stylish and then successfully use it in different conferences, discussions, publications. 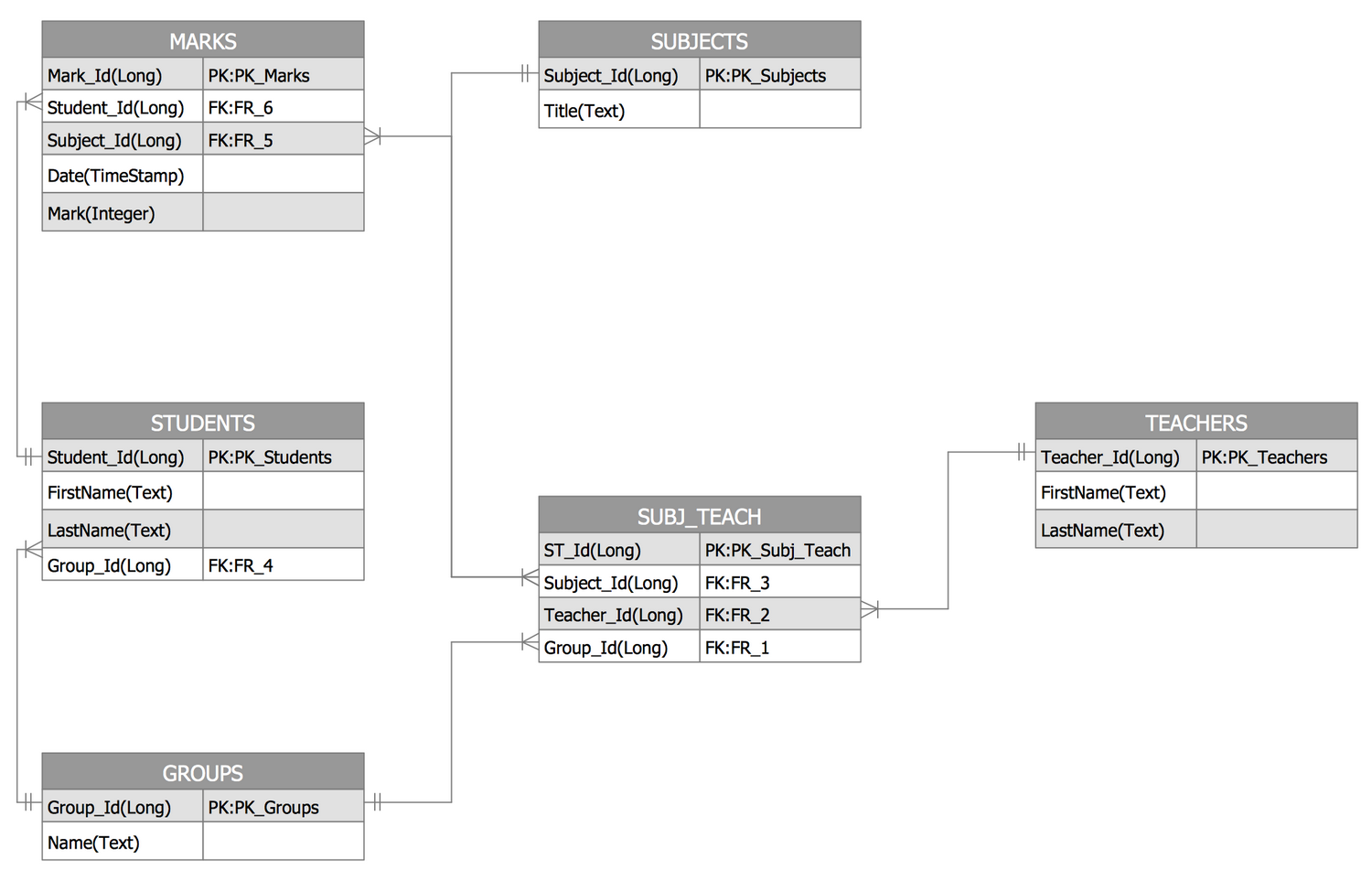 This sample demonstrates an entity-relationship model diagram. Highlight the boxes in the ERD diagram with bright colors to make it attractive and easy to remember. 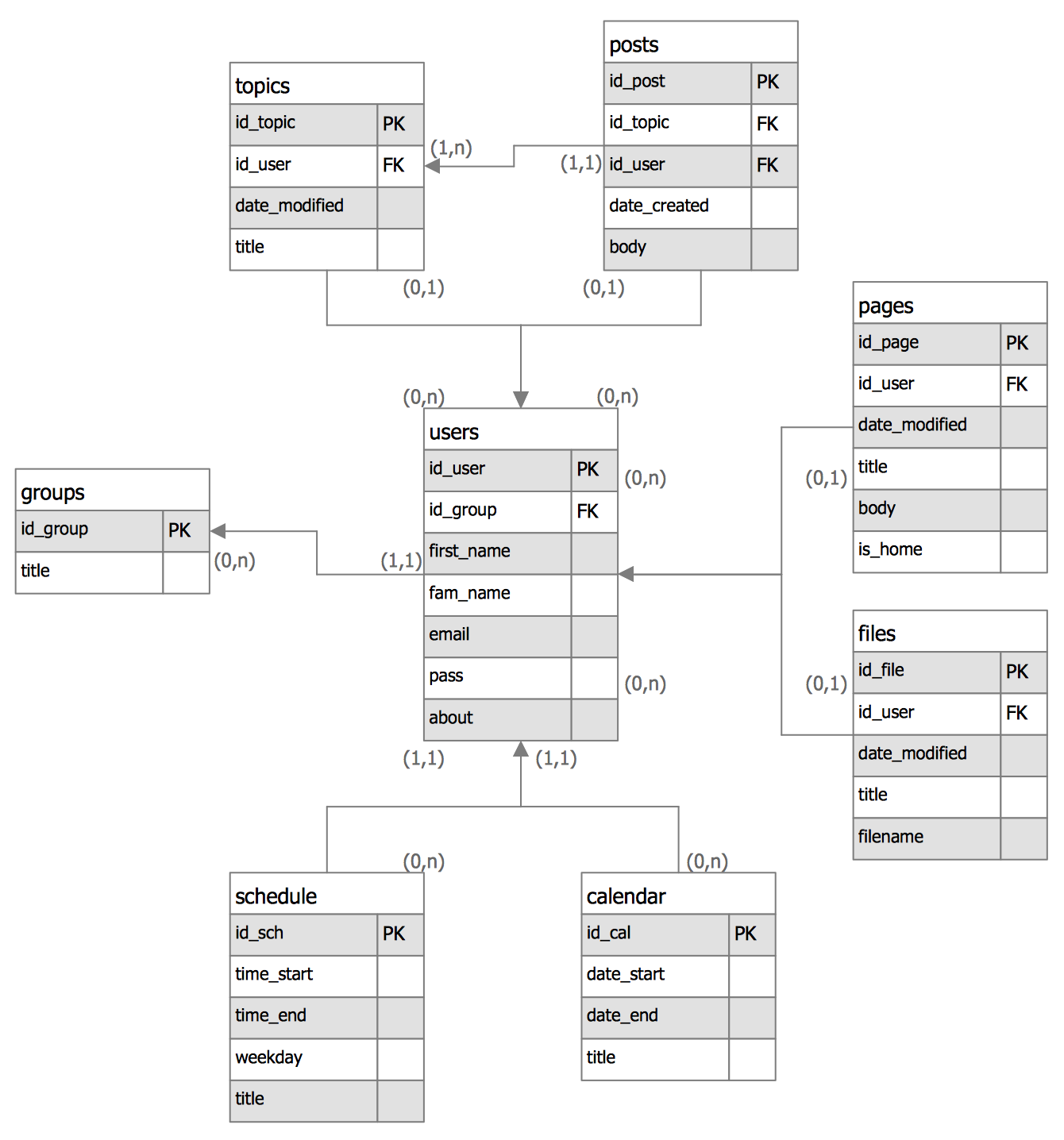 This Entity-Relationship Diagram sample illustrates the data model of Wiki system using Information Engineering (IE) notation or Crow's Foot notation. Even complex ERD with a lot of entities, relationships and many attributes can be designed in minutes in ConceptDraw DIAGRAM 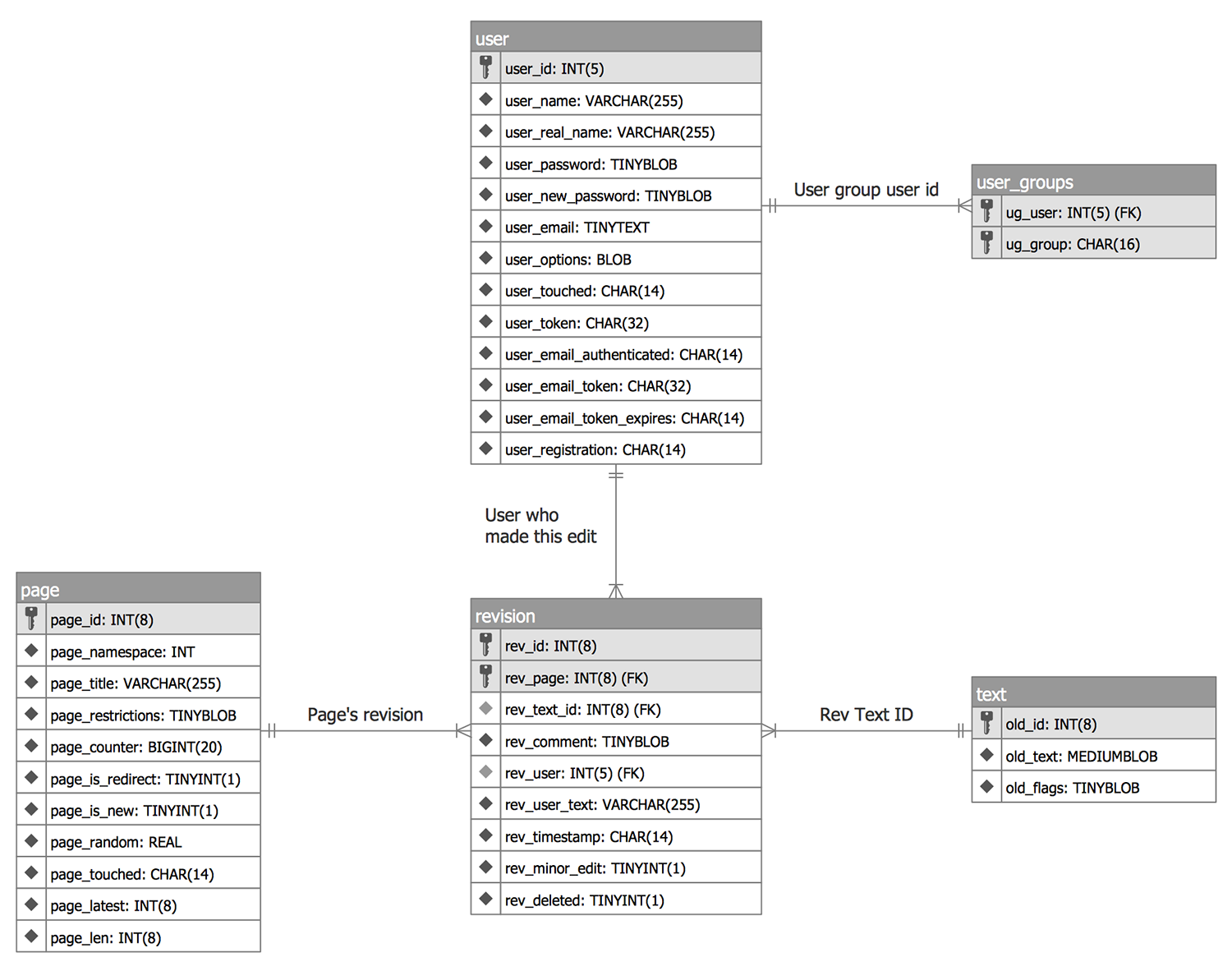 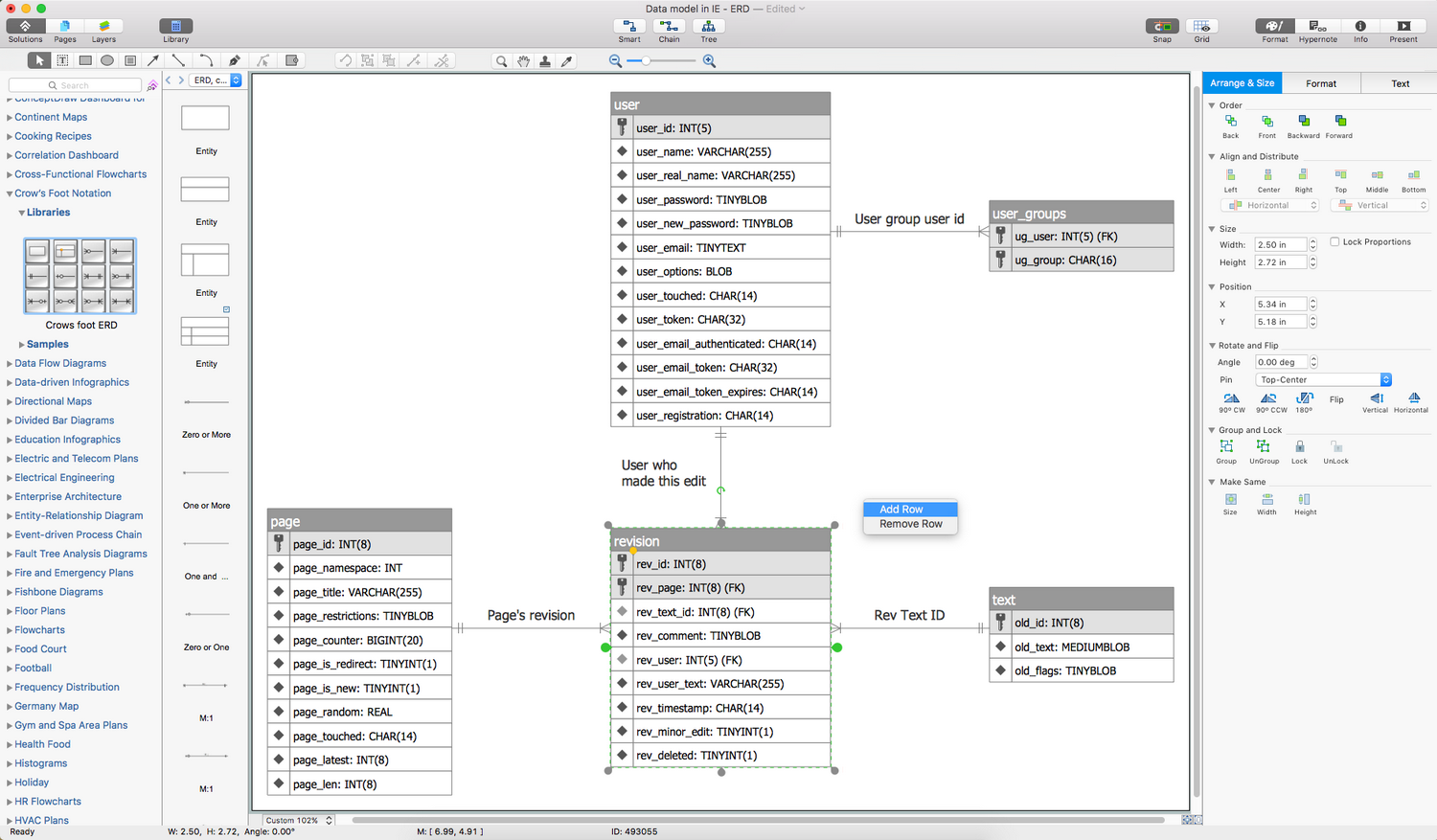 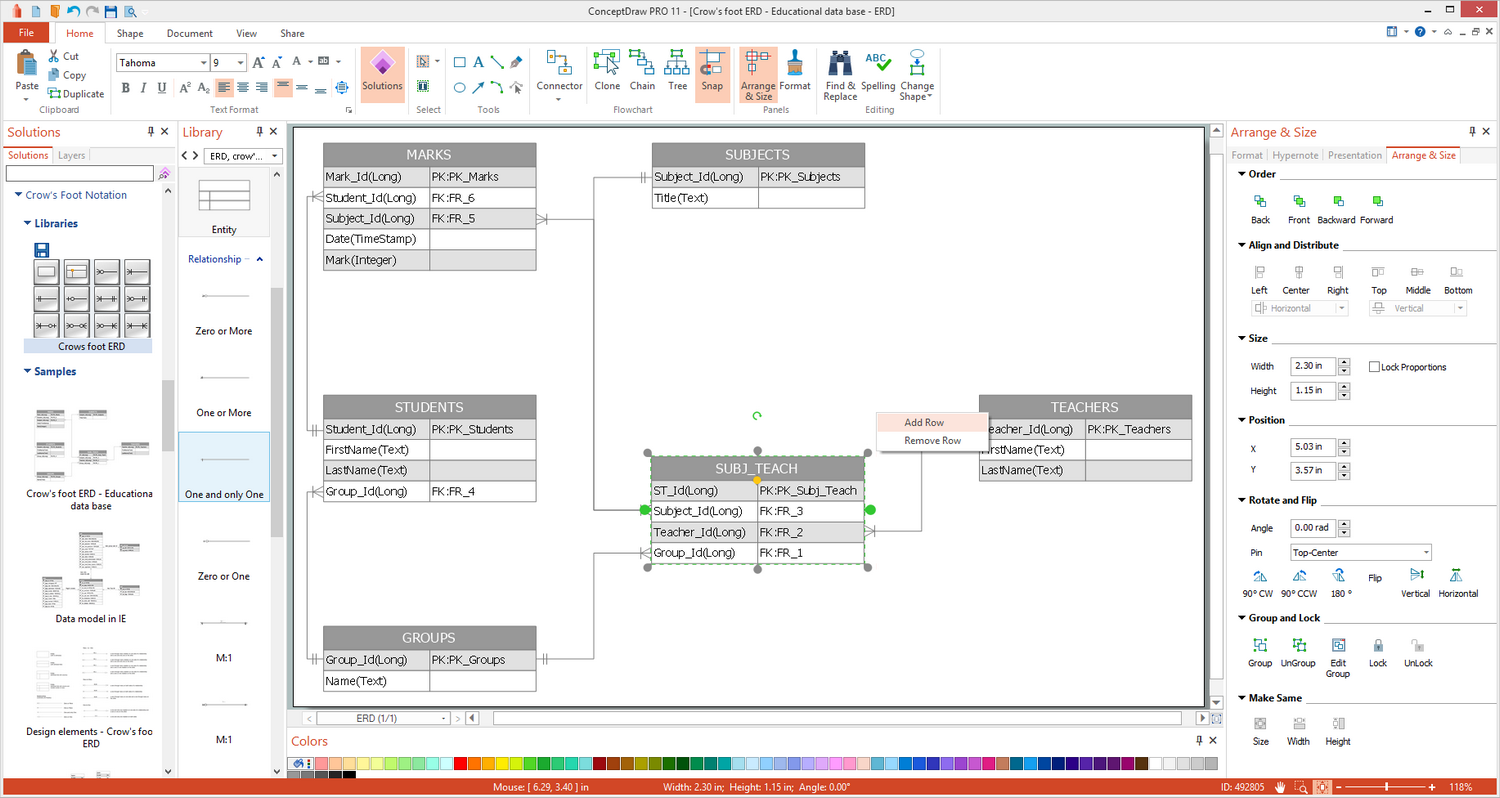 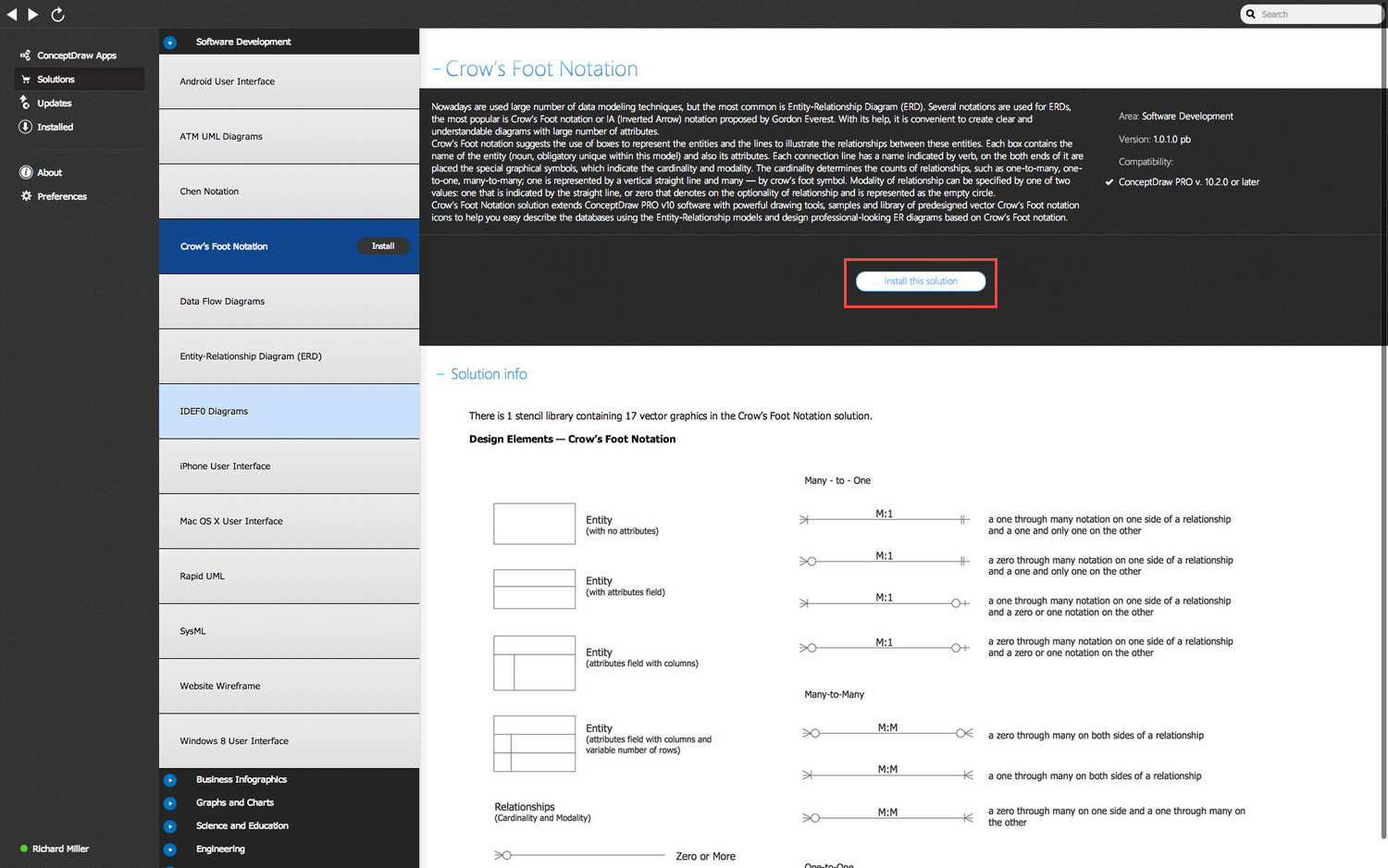 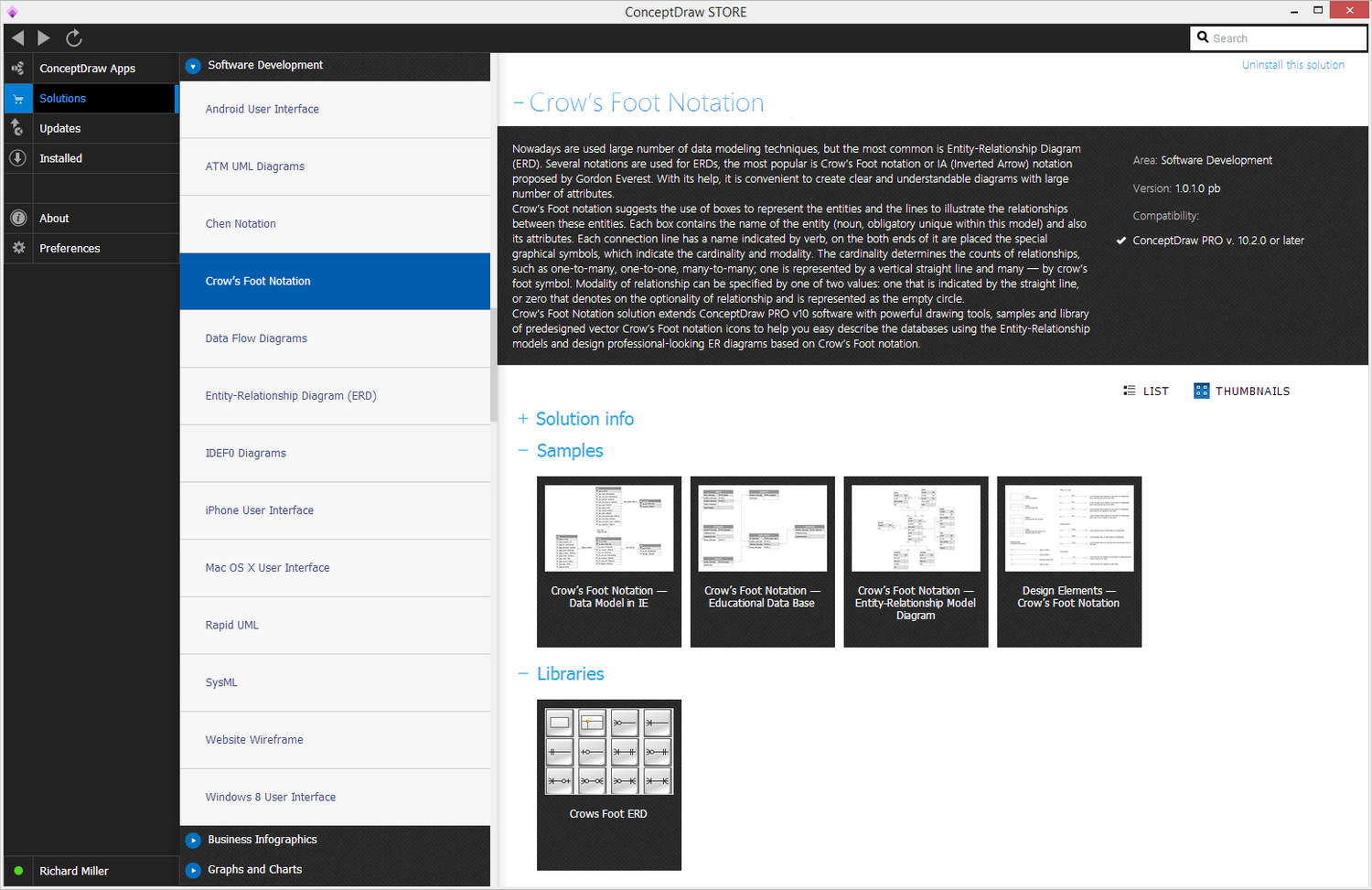