Typography is the commonly used technique of arranging any needed type in order to make some of the written languages readable and legible so it looks appealing when it is displayed. The process itself may involve such activity as selecting point sizes, typefaces, line lengths, letter-spacing, line-spacing as well as adjusting the needed space between a couple of pairs of letters.

The term typography can be also applied to the arrangement, appearance, and style of the letters, symbols and numbers. Type design is known to be a closely related craft. It may be also considered to be a part of typography. Most of the typographers do not design any typefaces.

Some of the elements that are widely used in typography can be used for making infographics which are known to be the graphic visual representations of data. Infographics activity is intended to present information in a clear way improving the cognition by utilizing different graphics.

The Typography Infographics solution can be used by typesetters, typographers, art directors, graphic designers, manga artists, graffiti artists, comic book artists as well as by anyone else whose work involves arranging letters, numbers, words and other symbols for different purposes: publication, distribution or display. Clerical workers and newsletter writers as well as anyone who is involved in self-publishing their own materials can be also interested in this solution.

There are 9 libraries containing 141 vector shapes in the Typography Infographic solution. 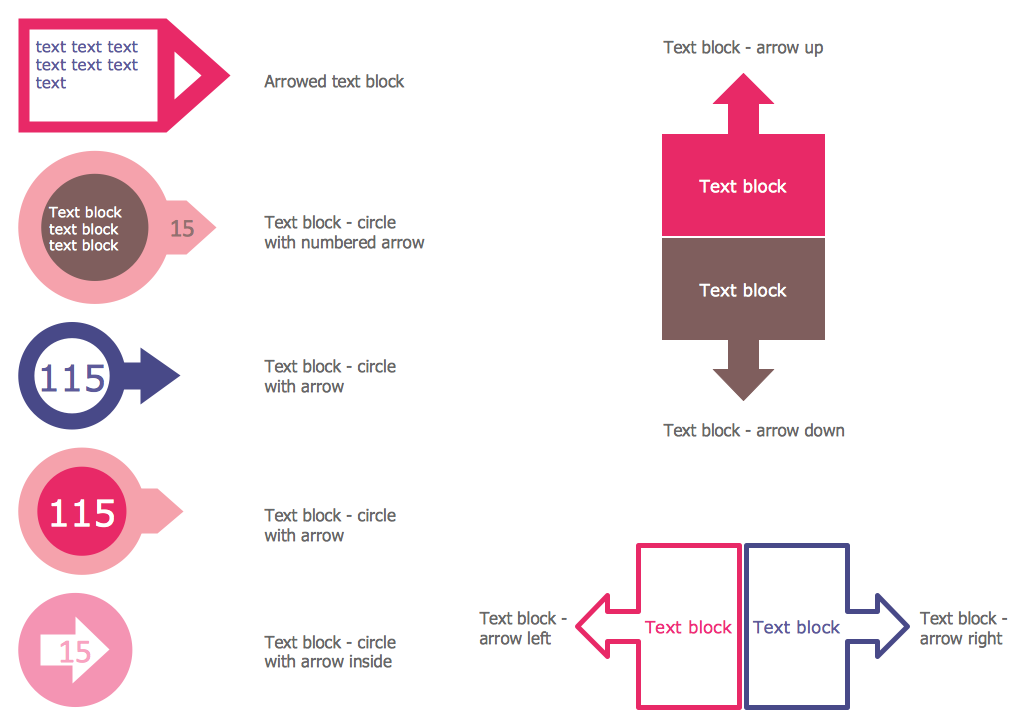 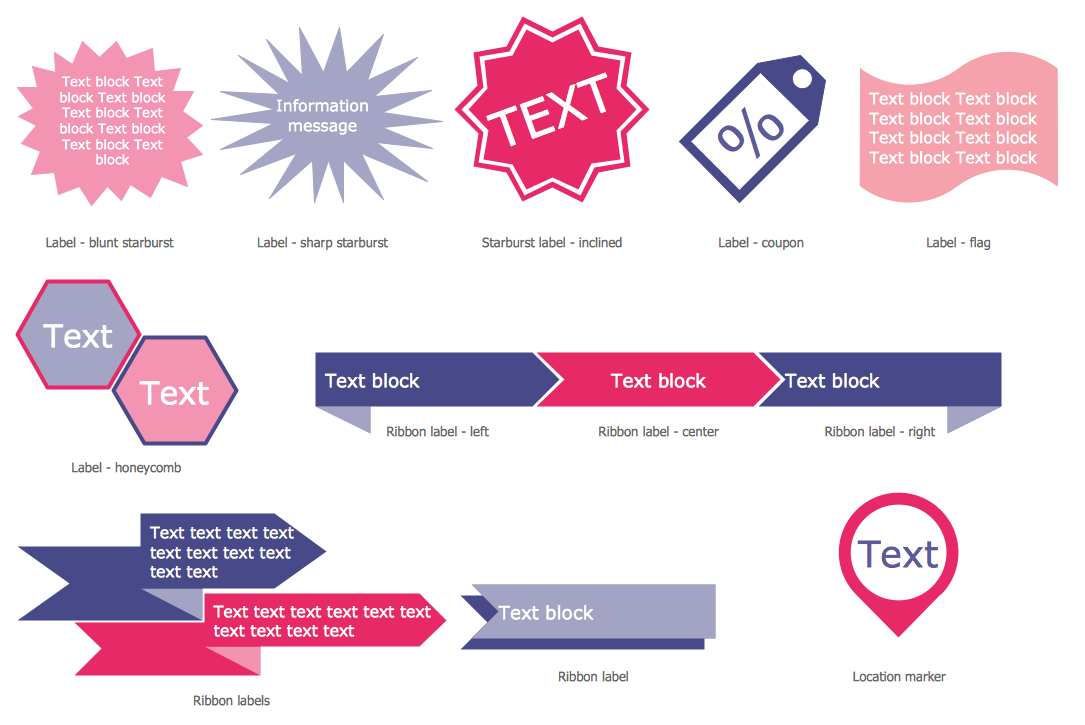 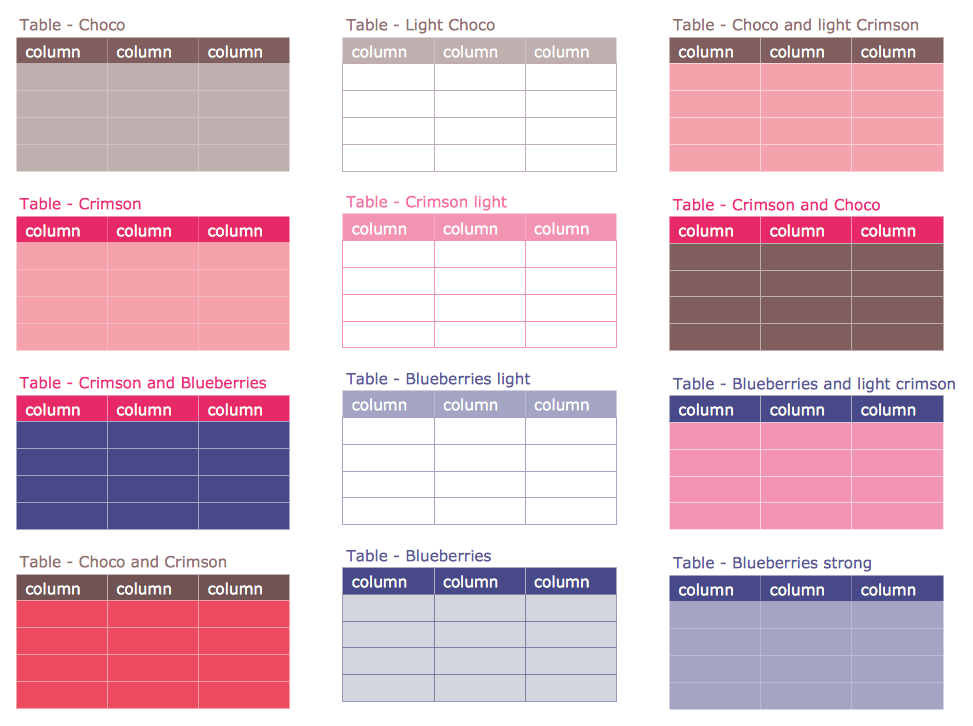 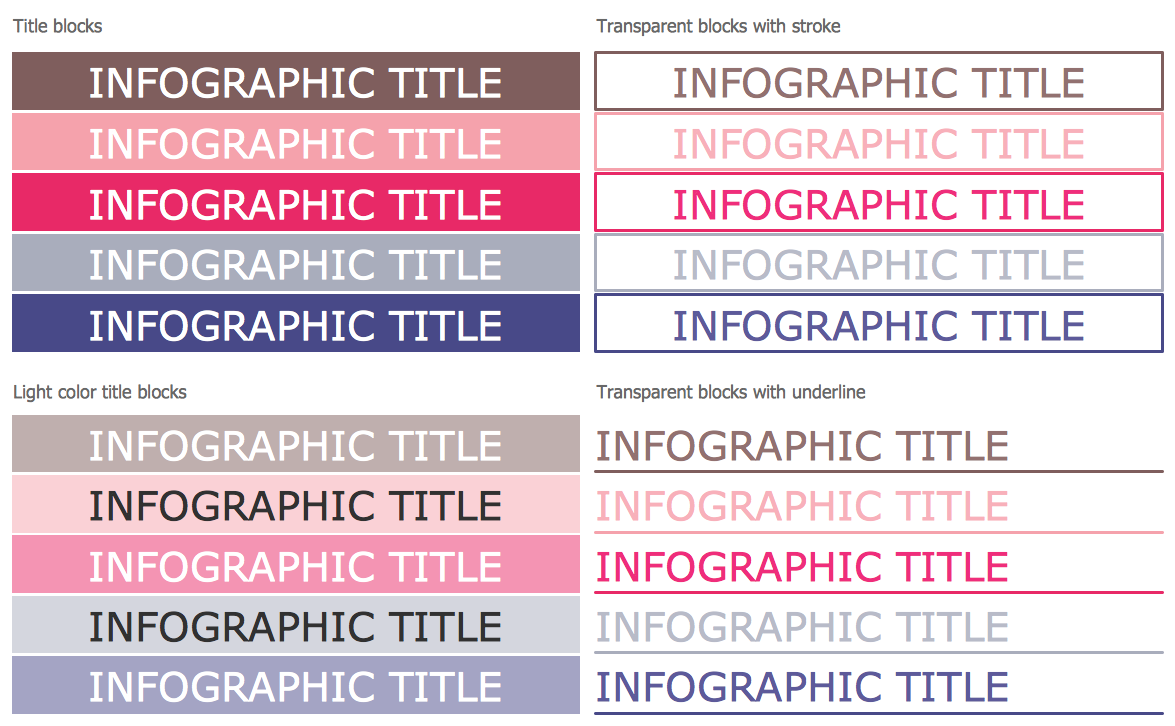 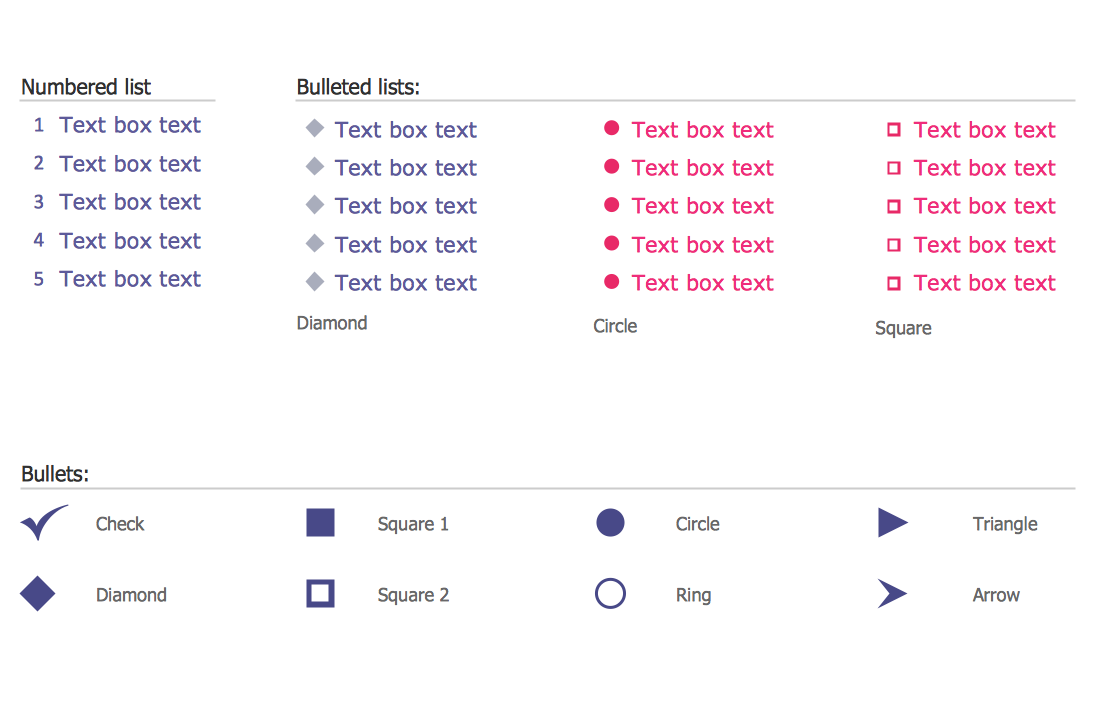 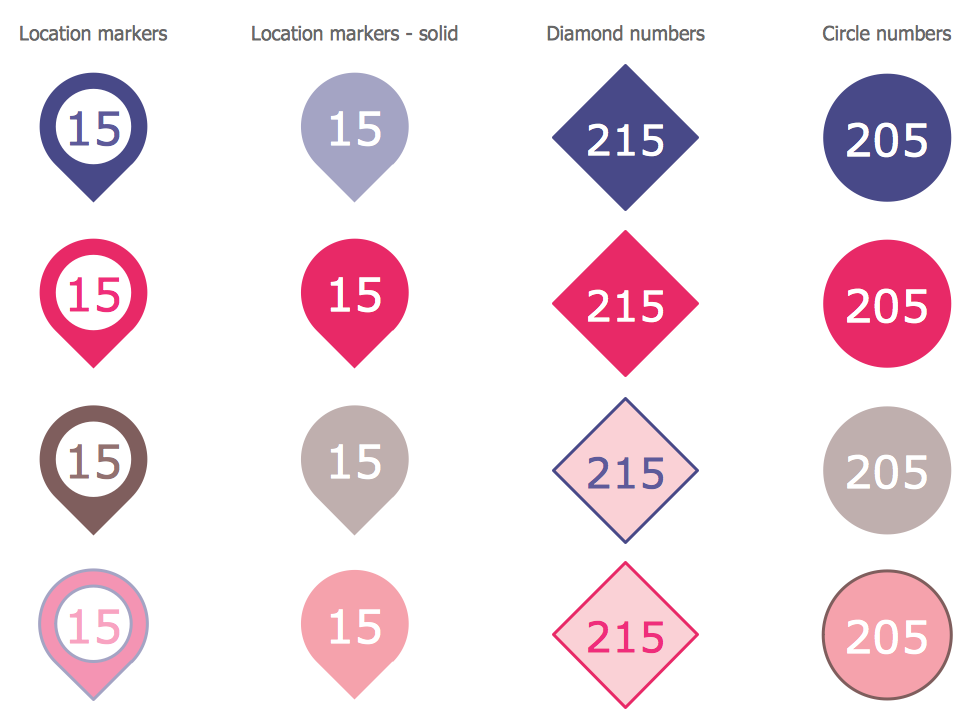 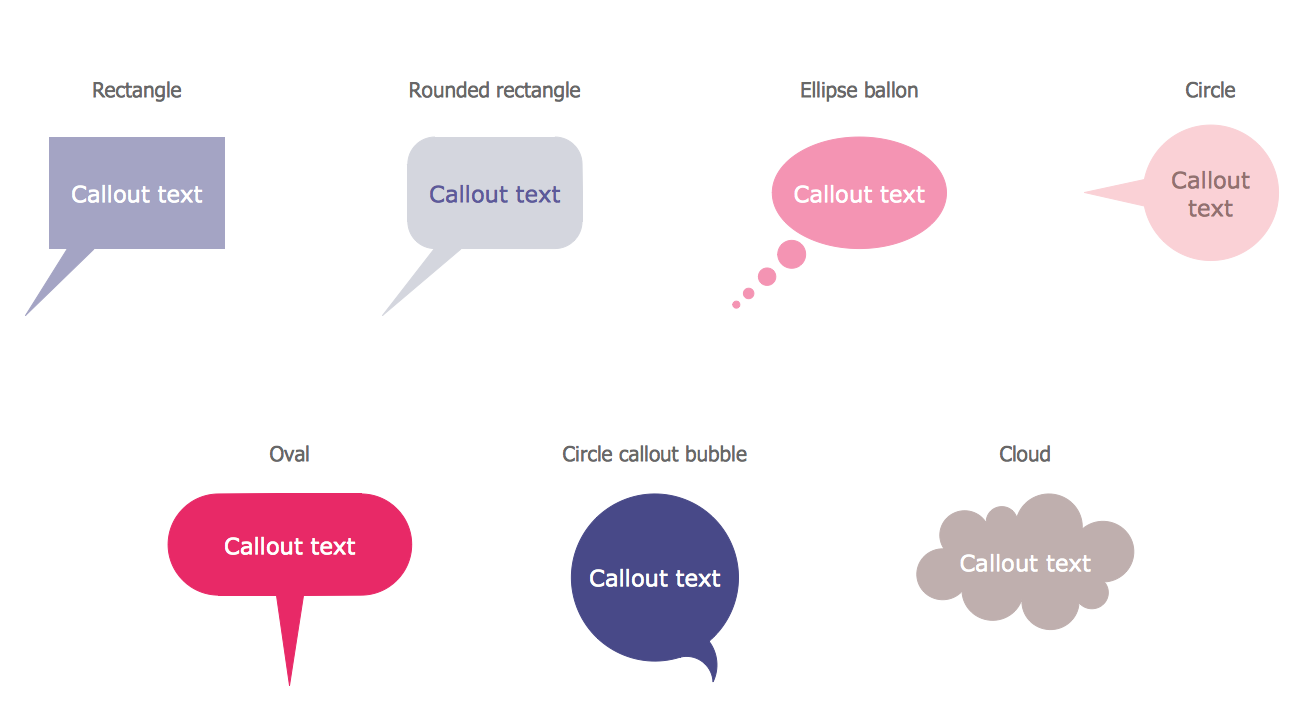 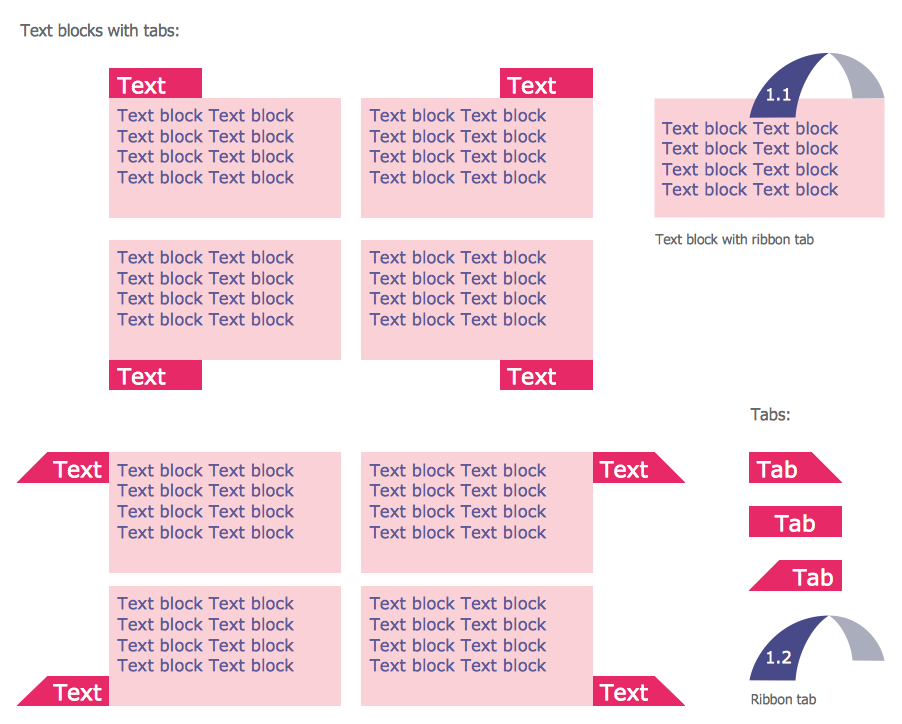 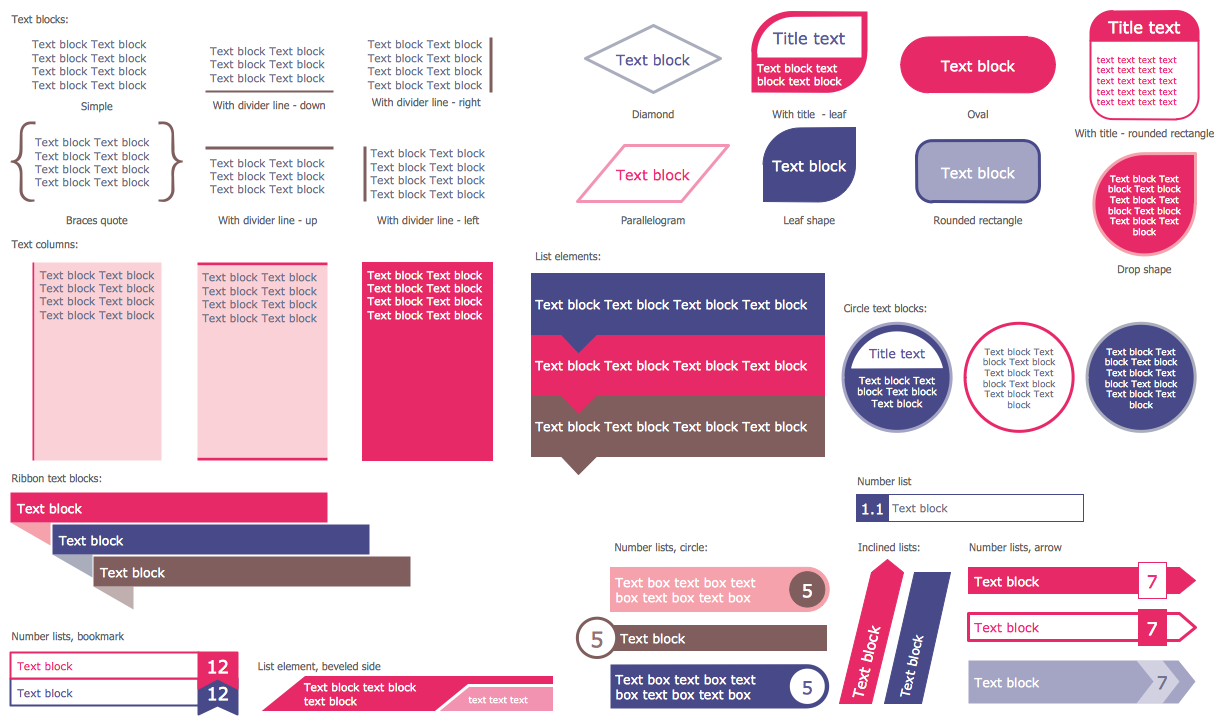 There are a few samples that you see on this page which were created in the ConceptDraw DIAGRAM application by using the Typography Infographics solution. Some of the solution's capabilities as well as the professional results which you can achieve are all demonstrated here on this page.

This diagram was created in ConceptDraw DIAGRAM using the Tables, Text Blocks, Labels and Titles Libraries from the Typography Infographics Solution. An experienced user spent 20 minutes creating this sample. 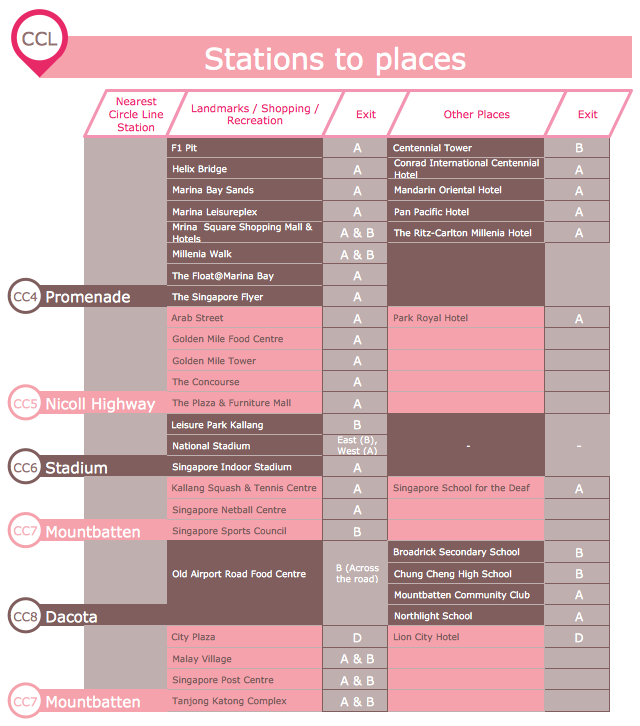 How do I create an infographic? Nothing could be easier with the Typography Infographics Solution for ConceptDraw DIAGRAM. Design professional looking typography infographics quickly and easily using the numerous libraries of vector objects and the large gallery of infographic examples in the ConceptDraw Solution Park. 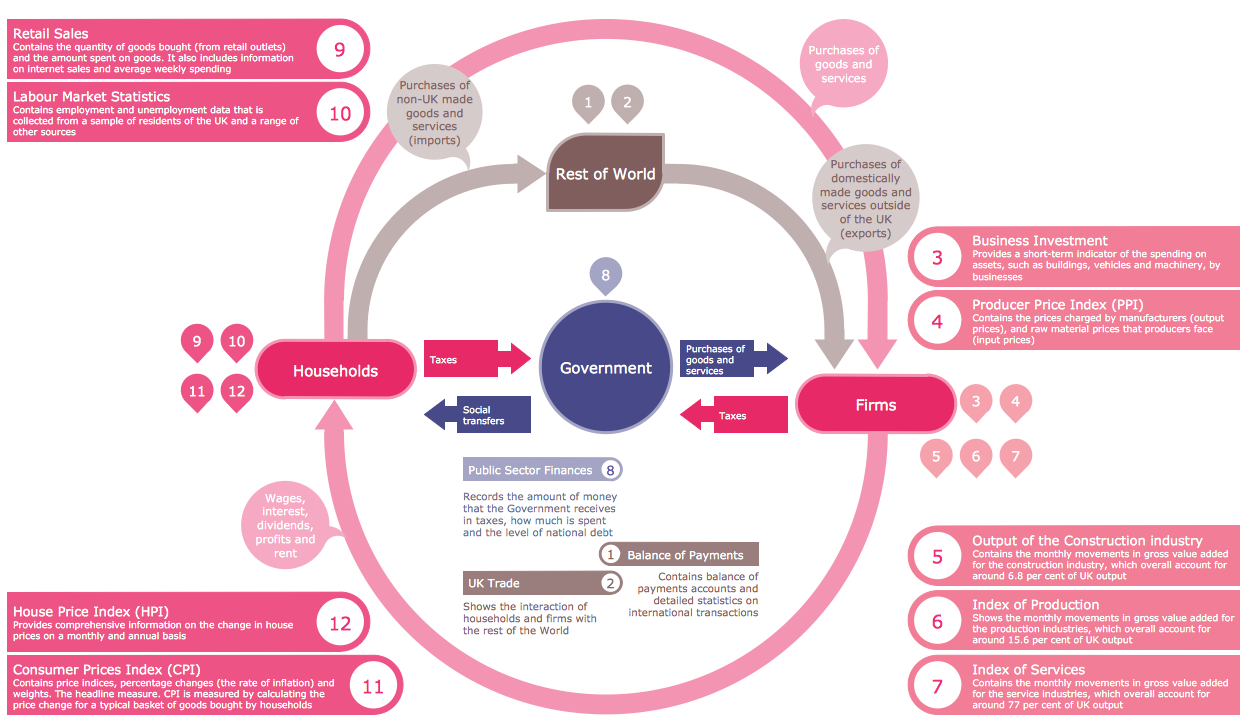 This diagram was created in ConceptDraw DIAGRAM using the Tabbed Text Blocks, Text Blocks and Titles Libraries from the Typography Infographics Solution. An experienced user spent 5 minutes creating this sample.

This sample of typology infographics visually illustrates the hierarchy of laws. Actively using colors while designing your infographics makes them efficient and informative for conferences, meetings, reports, journals, web sites, etc. Our gallery of infographics examples will help you.

This diagram was created in ConceptDraw DIAGRAM using the Text Blocks, Callouts and Titles Libraries from the Typography Infographics Solution. An experienced user spent 15 minutes creating this sample.

This example shows the Timeline of Communication Shutdown in Egypt. Using callouts is a convenient way to arrange large quantities of useful data in the typography graphic. Apply different colors and various of typography fonts to highlight the most important information. 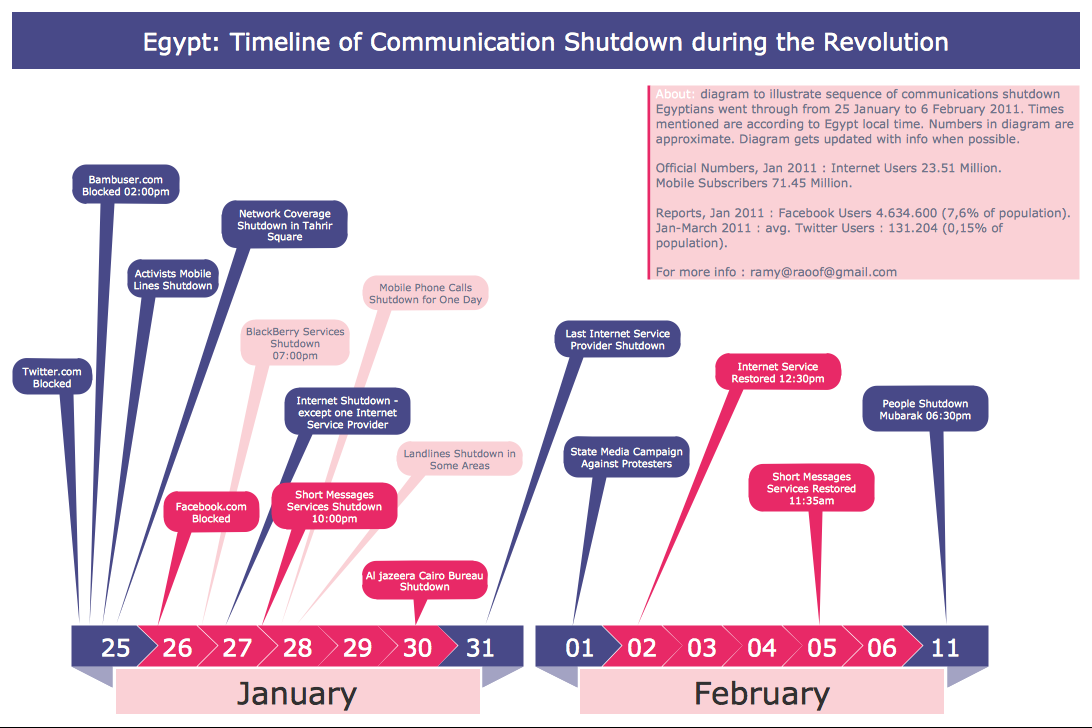 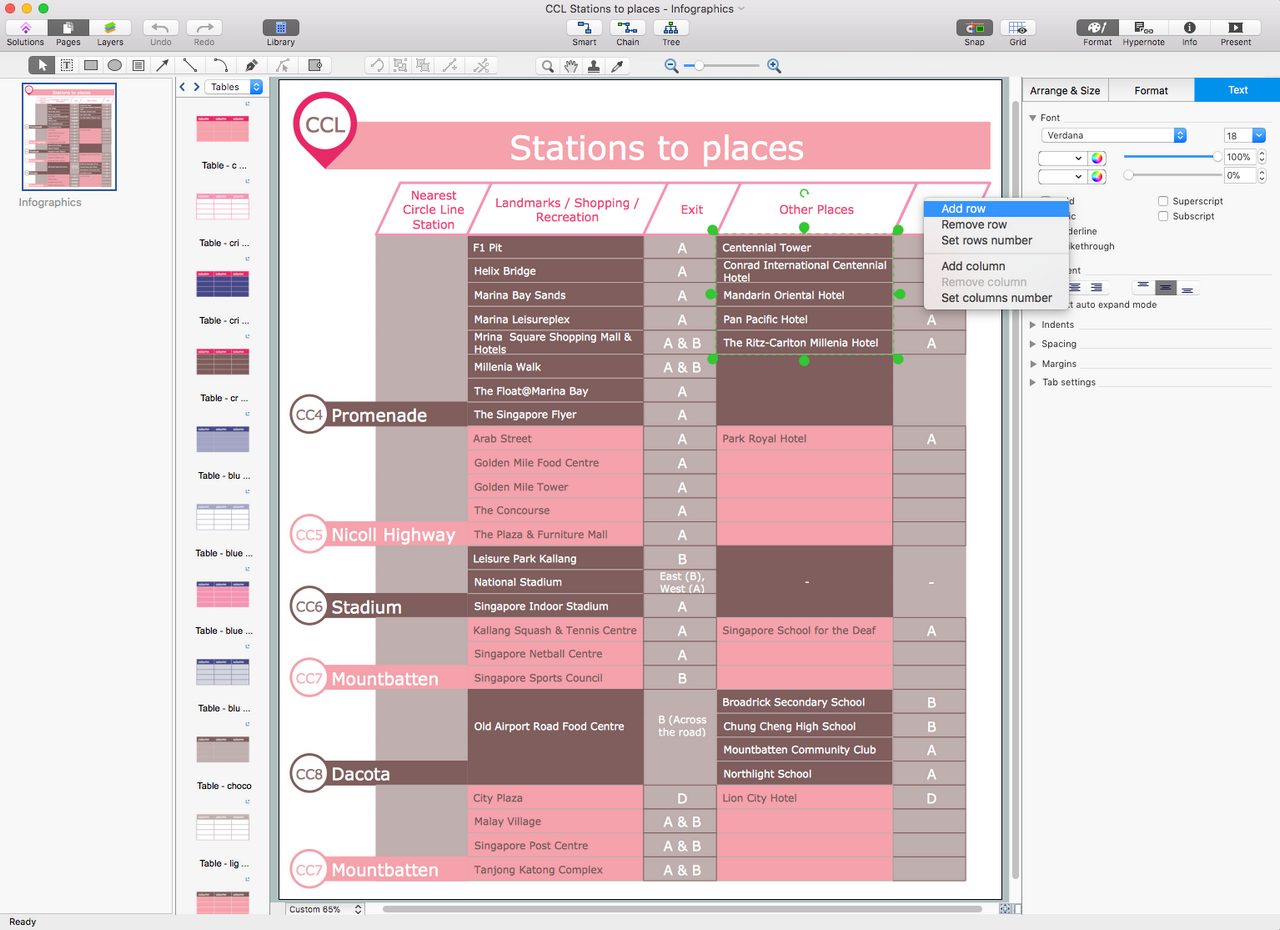 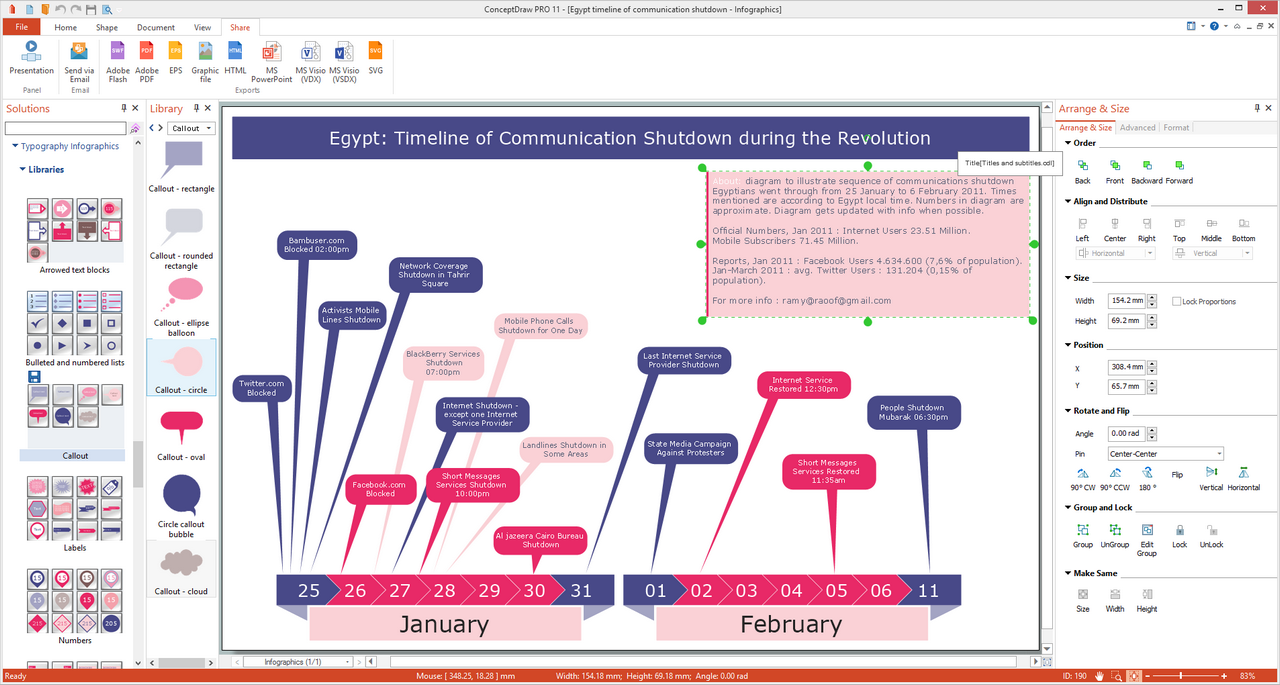 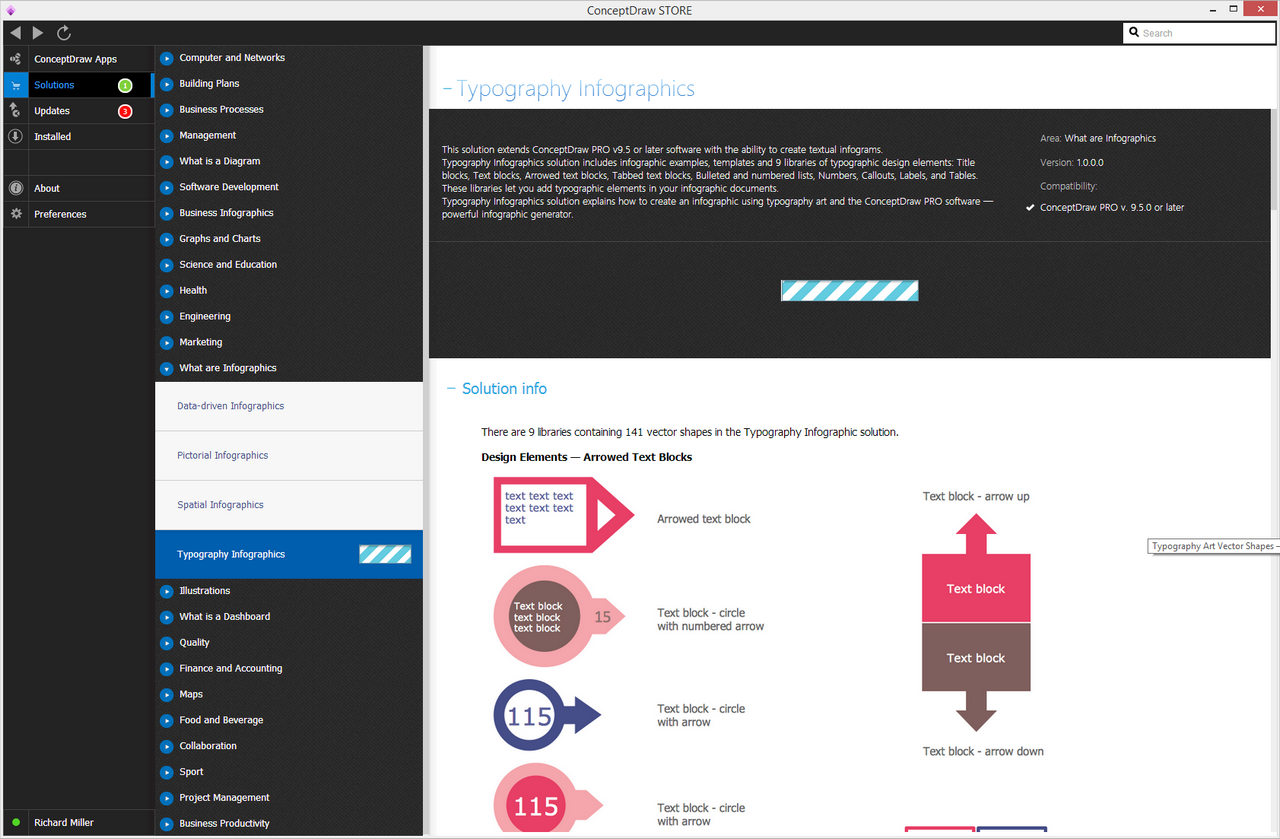 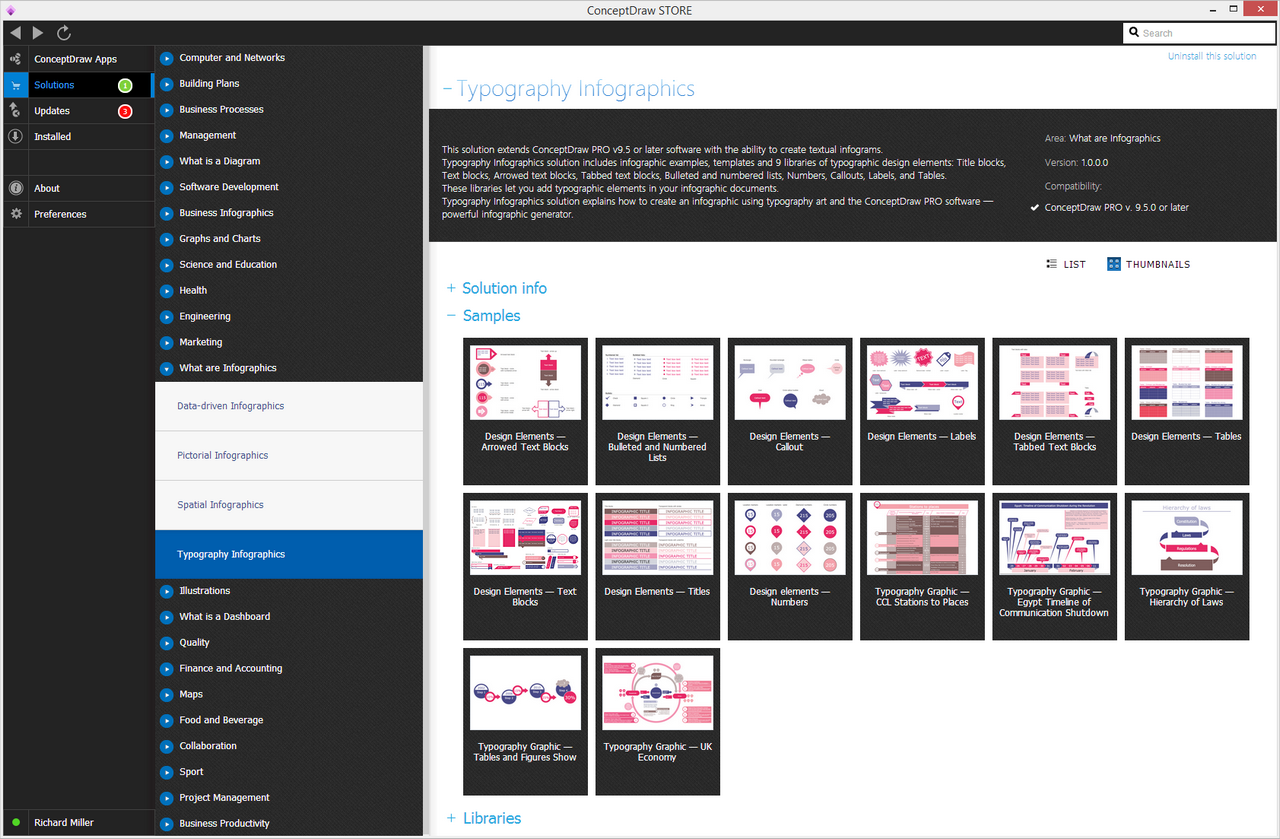 How to Create a Typography Infographic