A Venn diagram is a schematic diagram (special case of Euler diagram) which depicts a finite collection of the sets and all their possible mathematical and logical relations, their unions and intersections. Venn diagrams are constructed on the plane as the set of overlapping simple closed curves, commonly these are the circles. Points that lie inside different areas of the diagram represent the elements of the respective sets which are usually denoted with capital letters of the Latin alphabet. The circles are in a specific position relatively each to other, in the most cases there is an intersection. The overlapping areas are visually highlighted on the chart, usually using a hatch pattern or a bright color.

There is 1 library containing 12 vector objects in the Venn Diagrams solution. 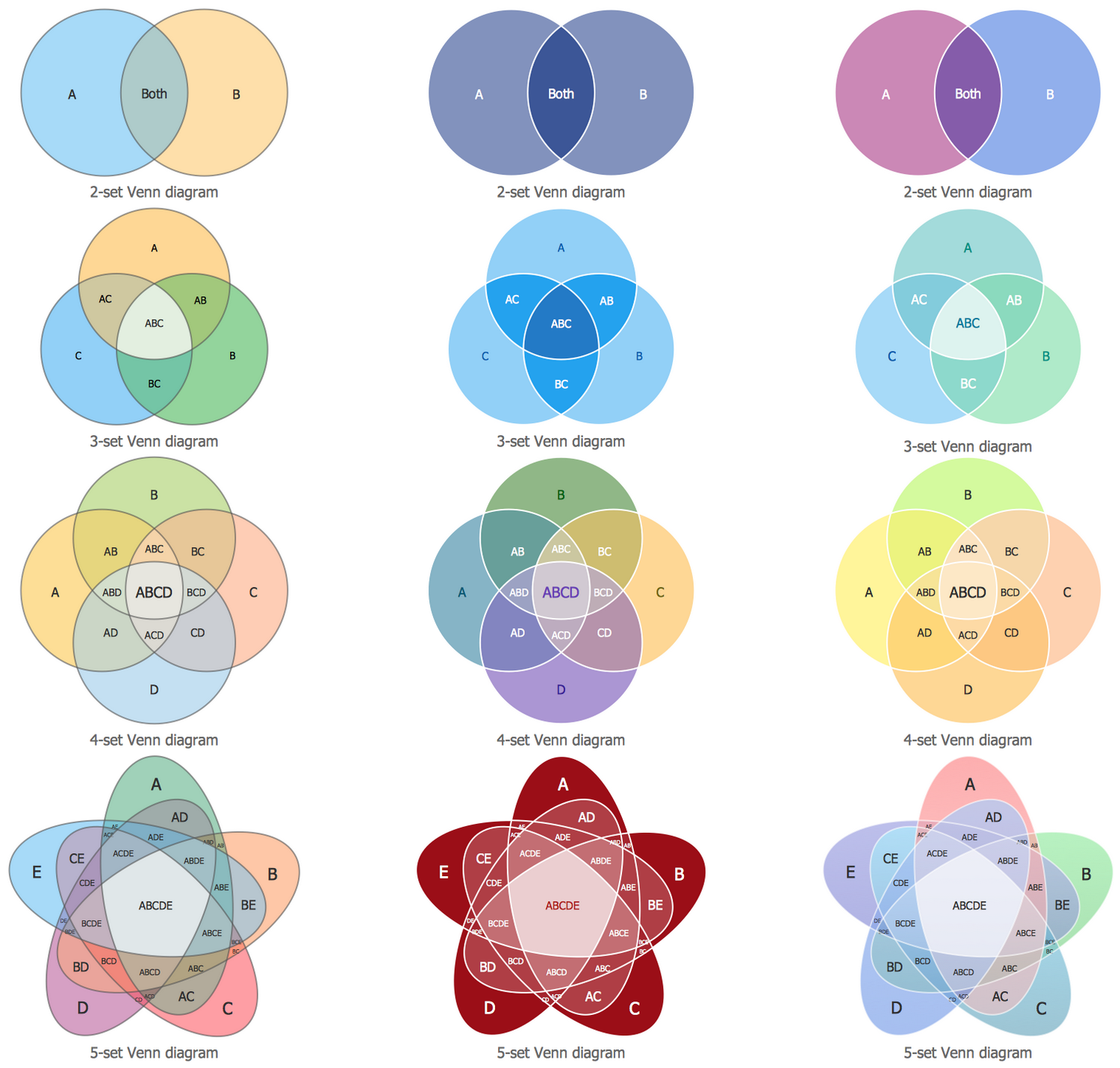 There are a few samples that you see on this page which were created in the ConceptDraw DIAGRAM application by using the Venn Diagrams solution. Some of the solution's capabilities as well as the professional results which you can achieve are all demonstrated here on this page.

This Venn Diagram shows the names of the professions that have important skill intersections for internet marketing. The Venn Diagrams are widely used because it is convenient tool to visualize all possible logical intersections between several sets. 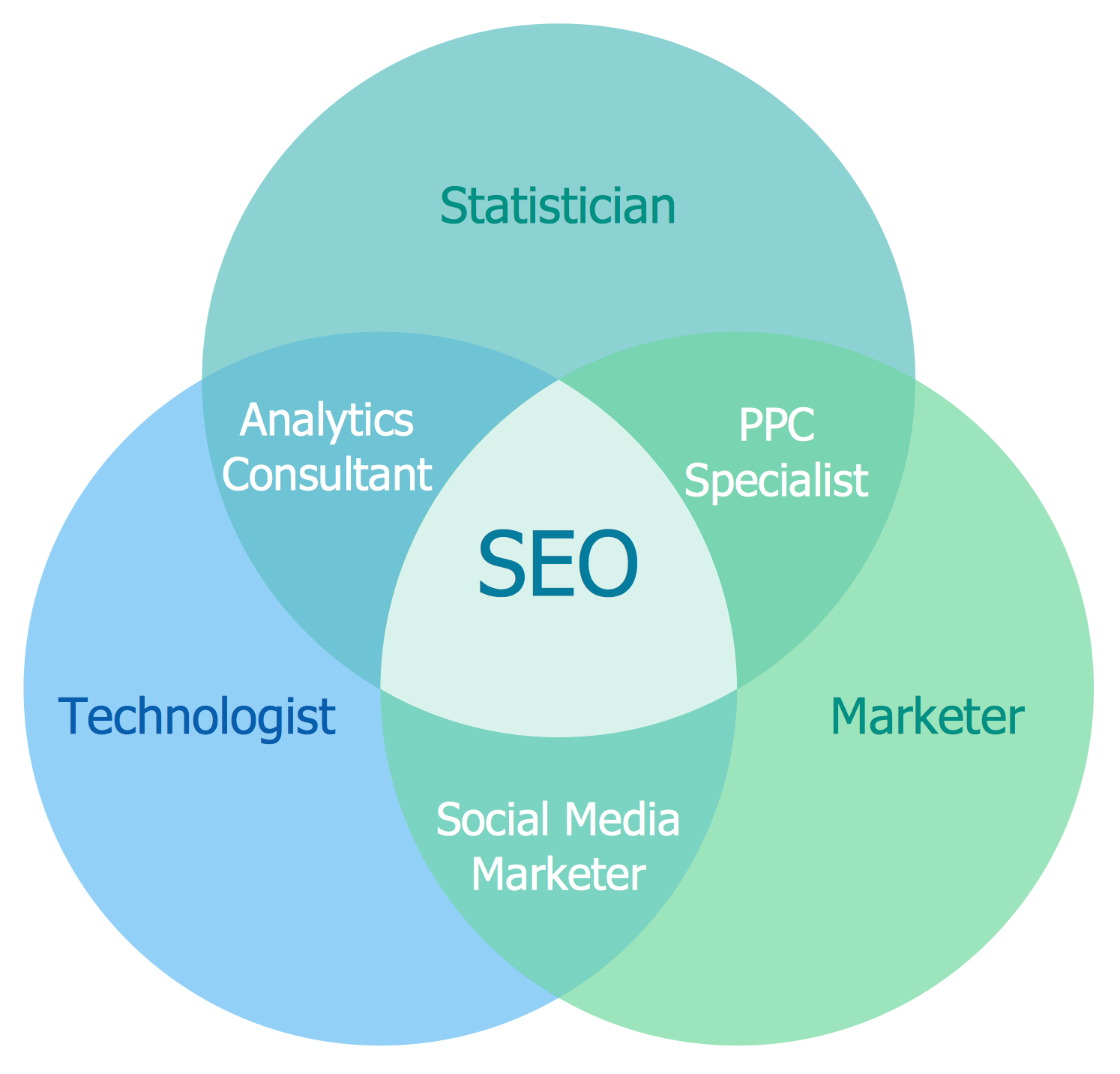 This Venn Diagram shows the prerequisites for sustainable development, as it is influenced by economic, social and environmental factors. For clarity the circles have different colors. The intersection of three circles is brightly highlighted with the lightest color. 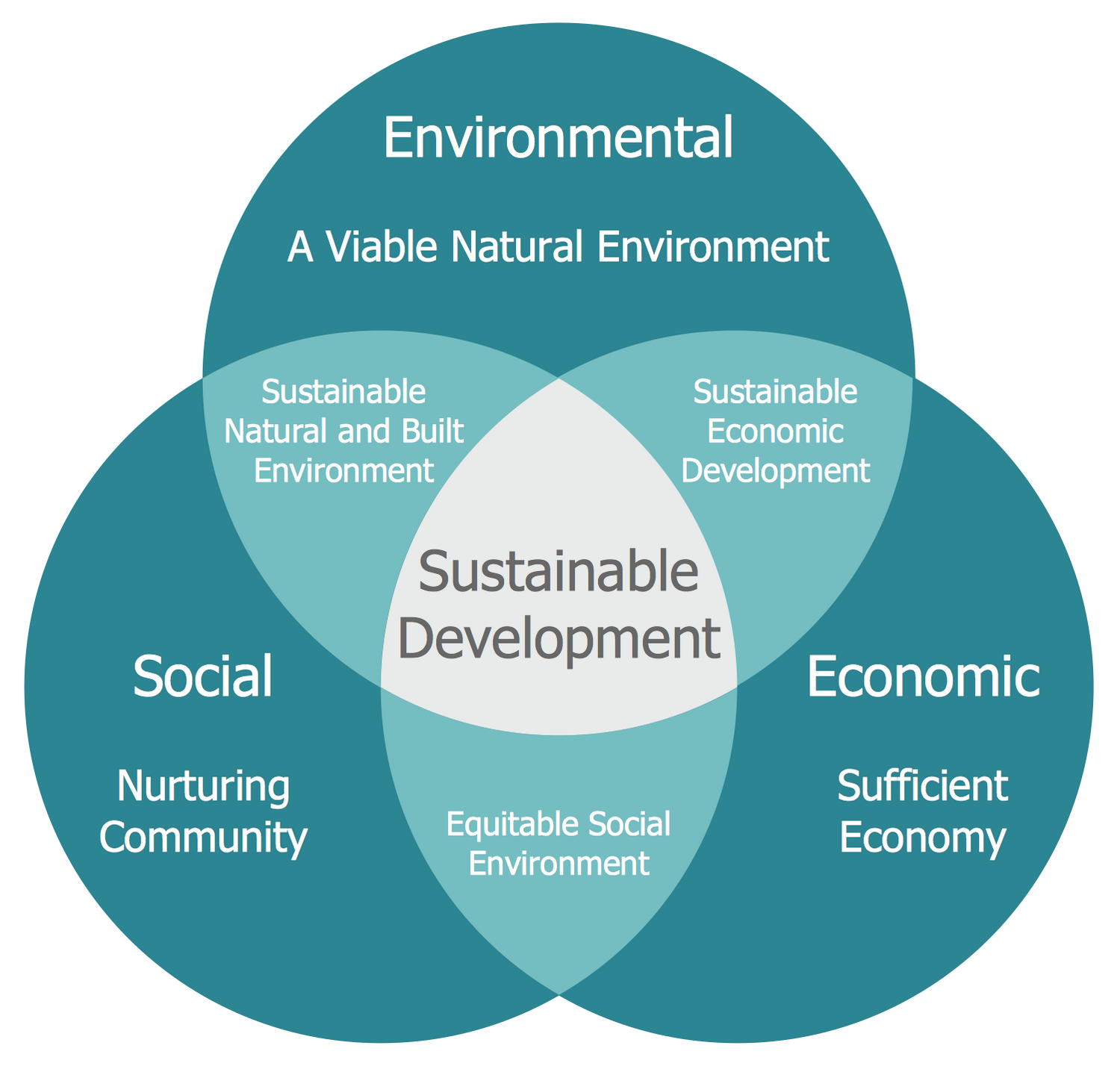 This sample shows a Venn Diagram, which displays the components that make up relationship marketing. It’s incredibly convenient, simple, and quick to draw a Venn Diagram using ConceptDraw DIAGRAM with its predesigned objects. 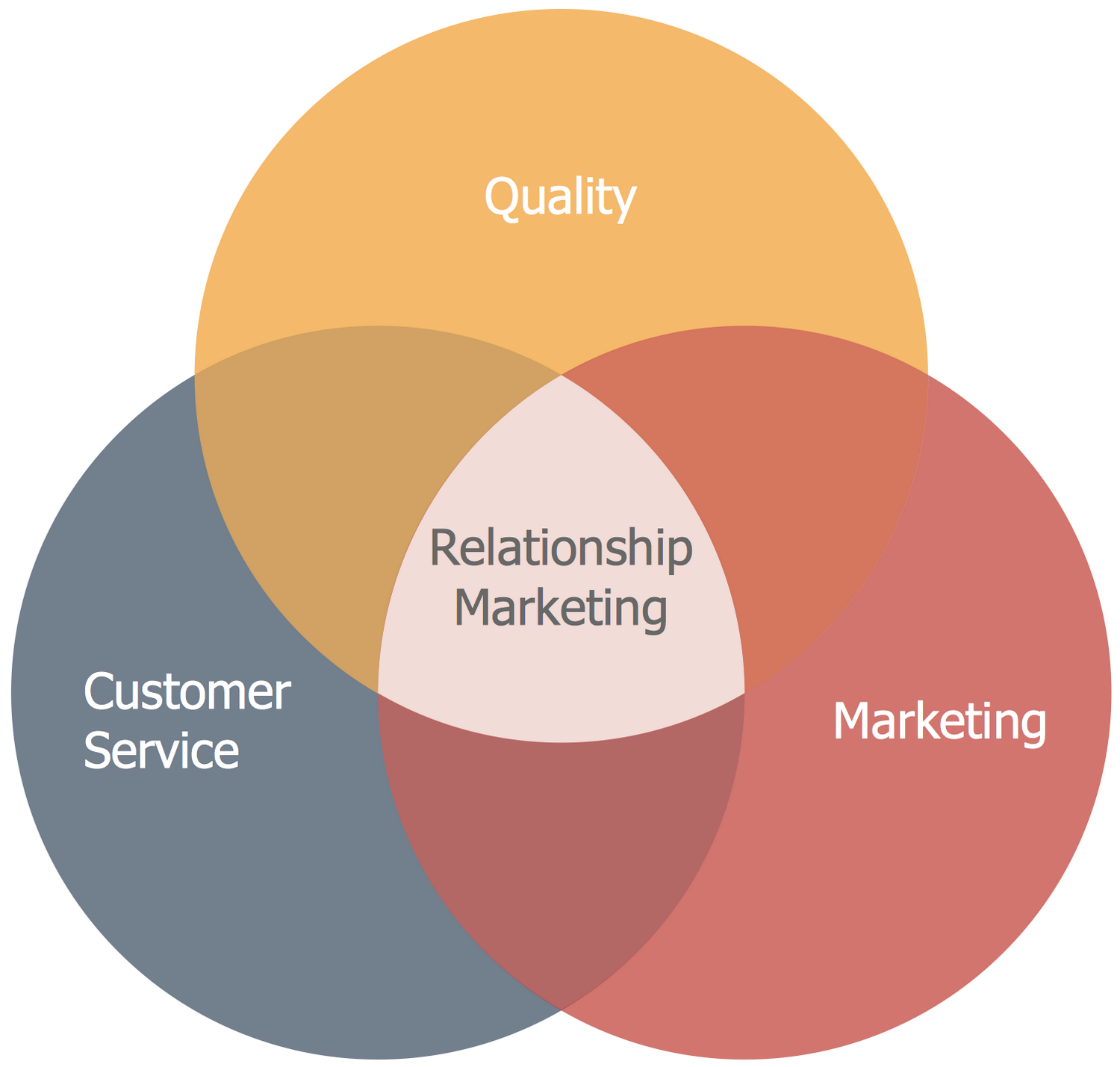 This Venn Diagram visually shows the attributes and components of a Photooxygenation reaction. This diagram is bright, attractive, and professional looking, so it can be used in presentations, reportages, reports, and scientific reviews. 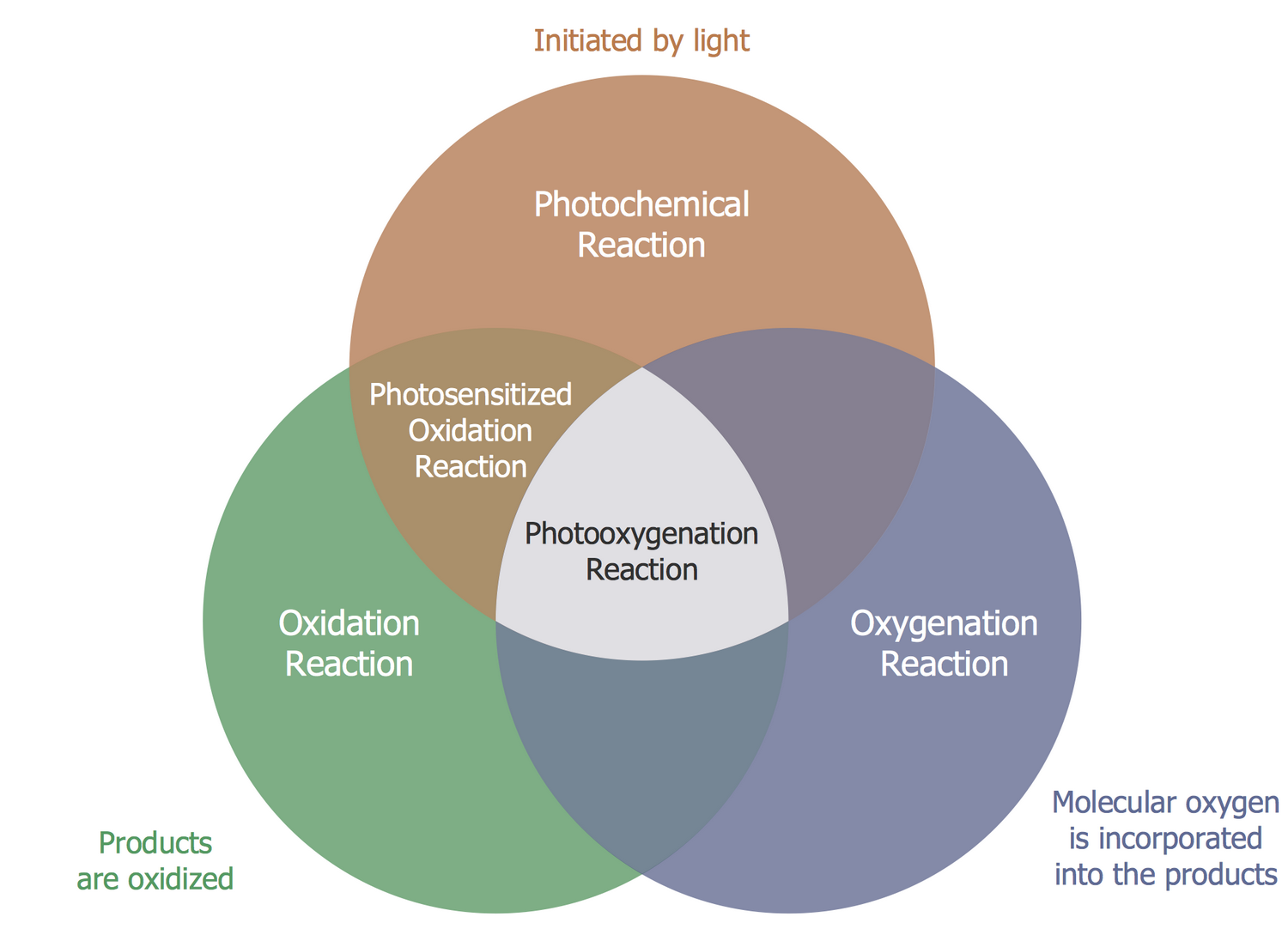 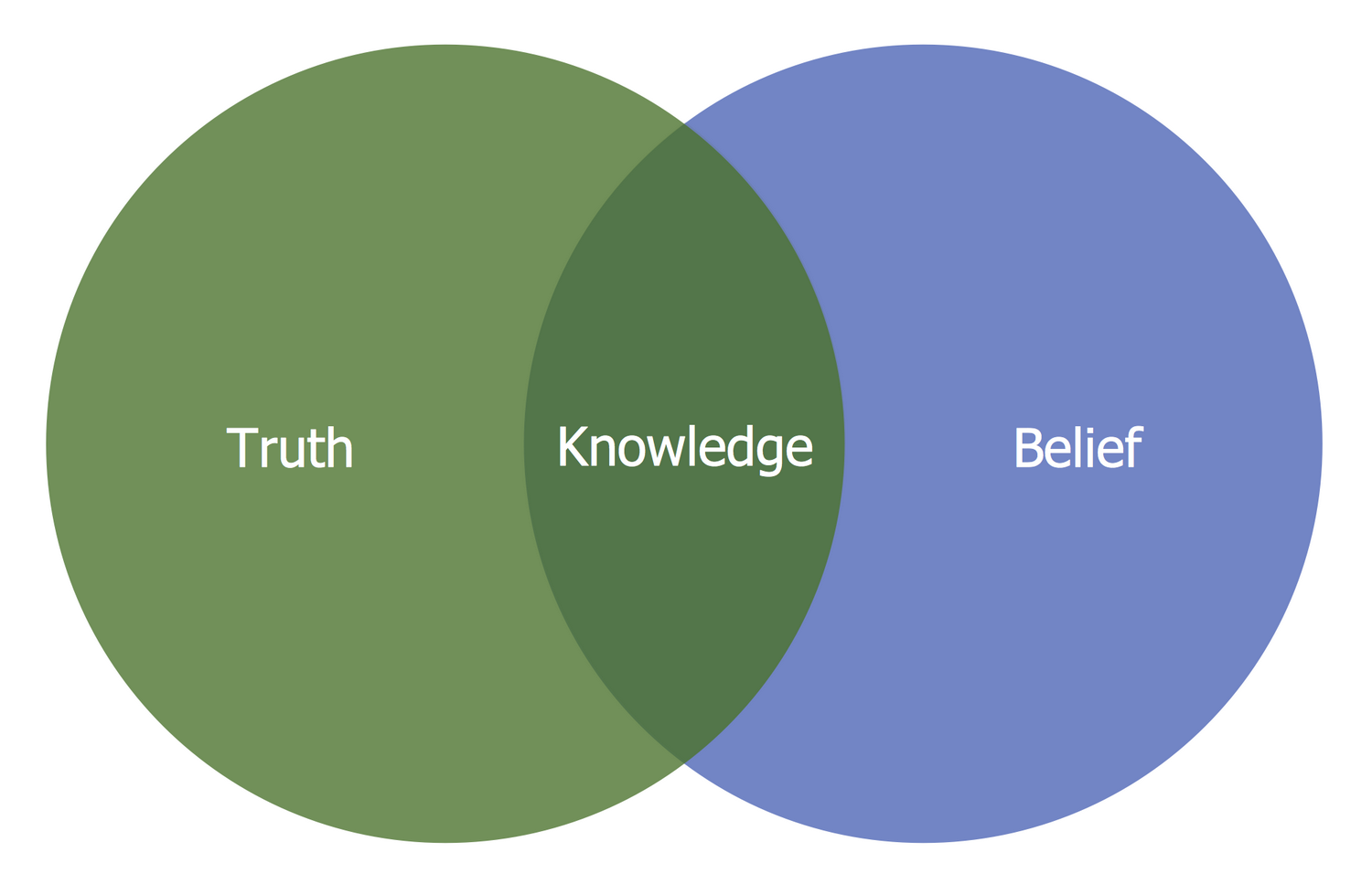 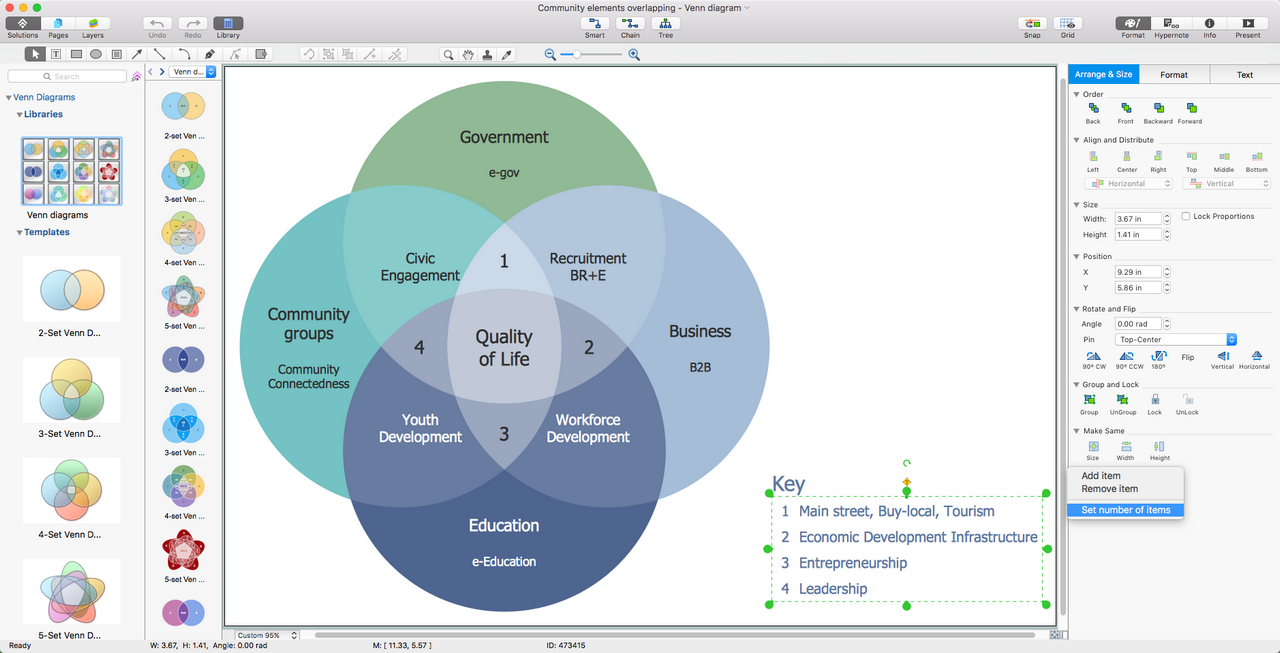 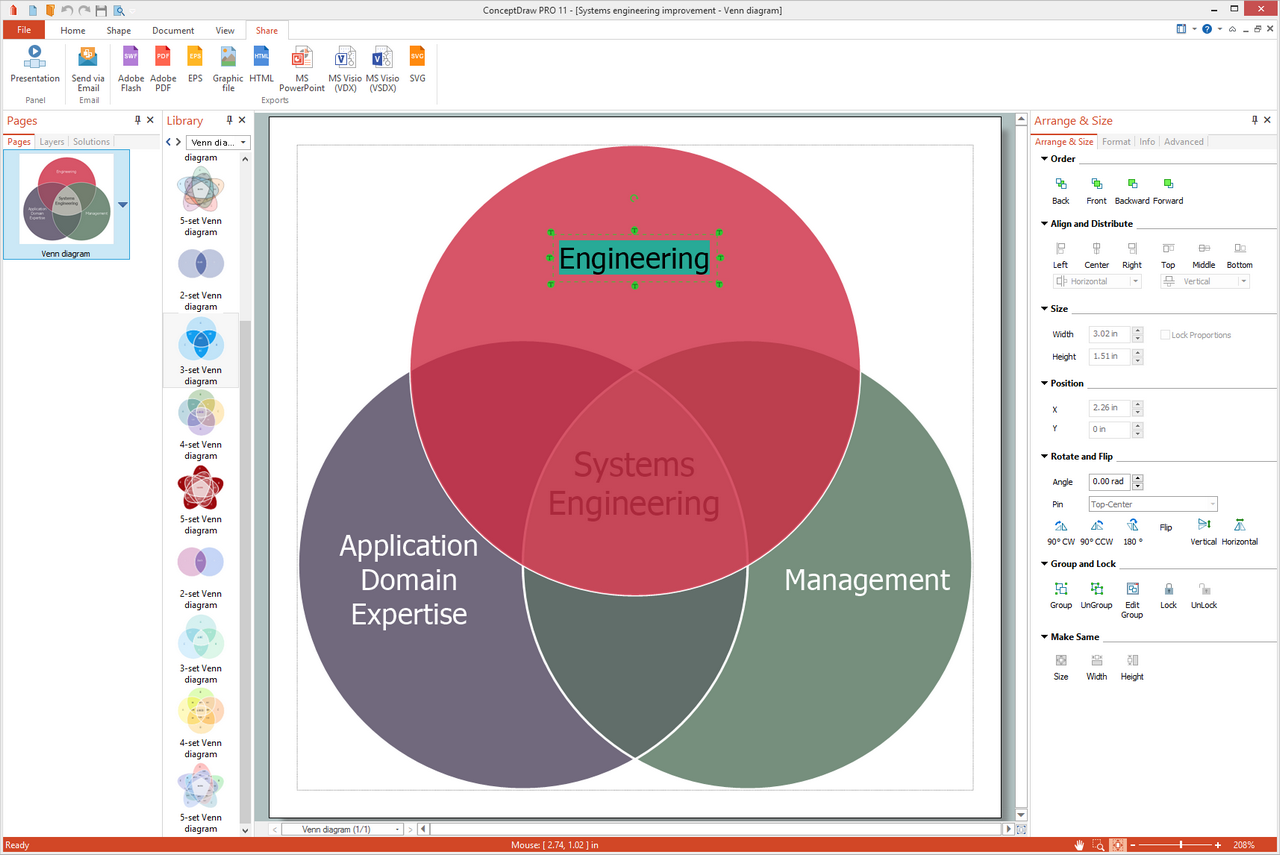 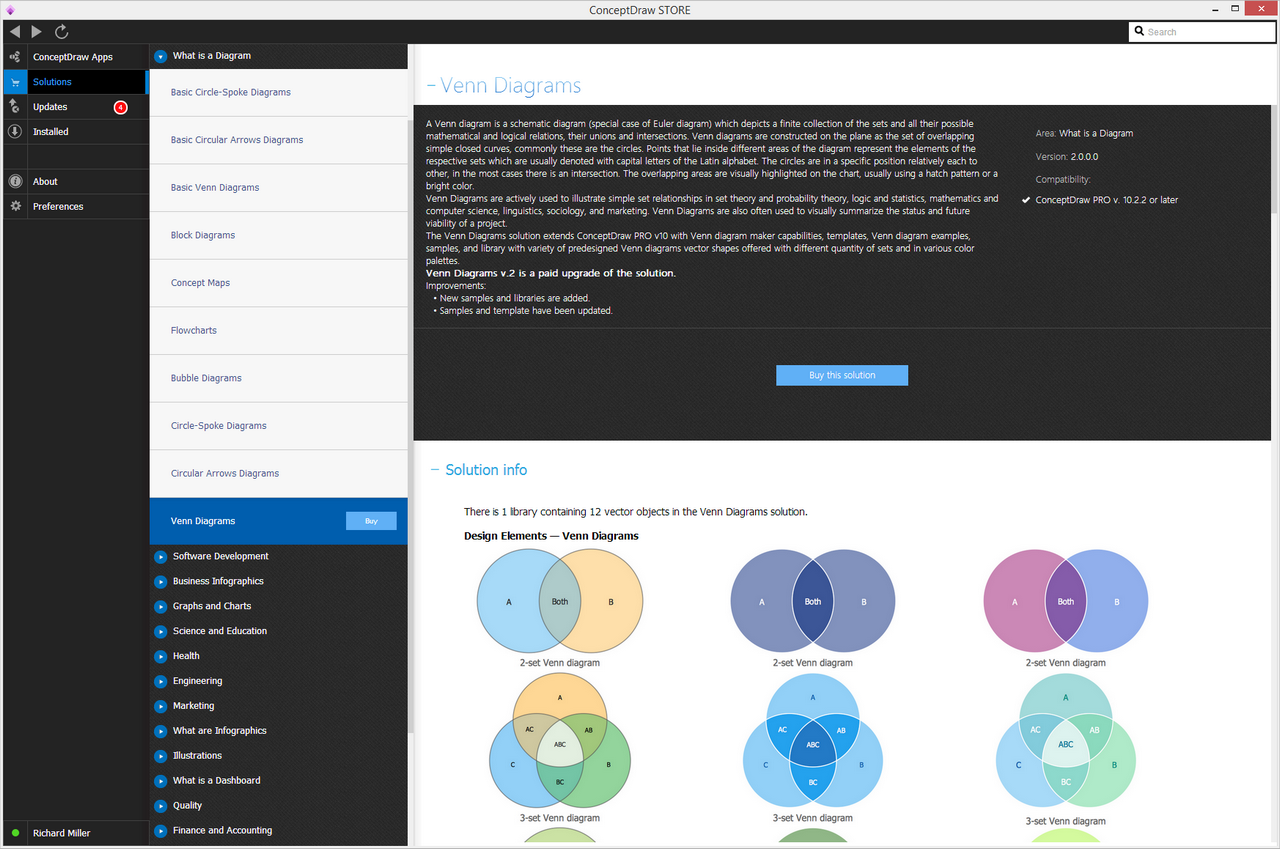 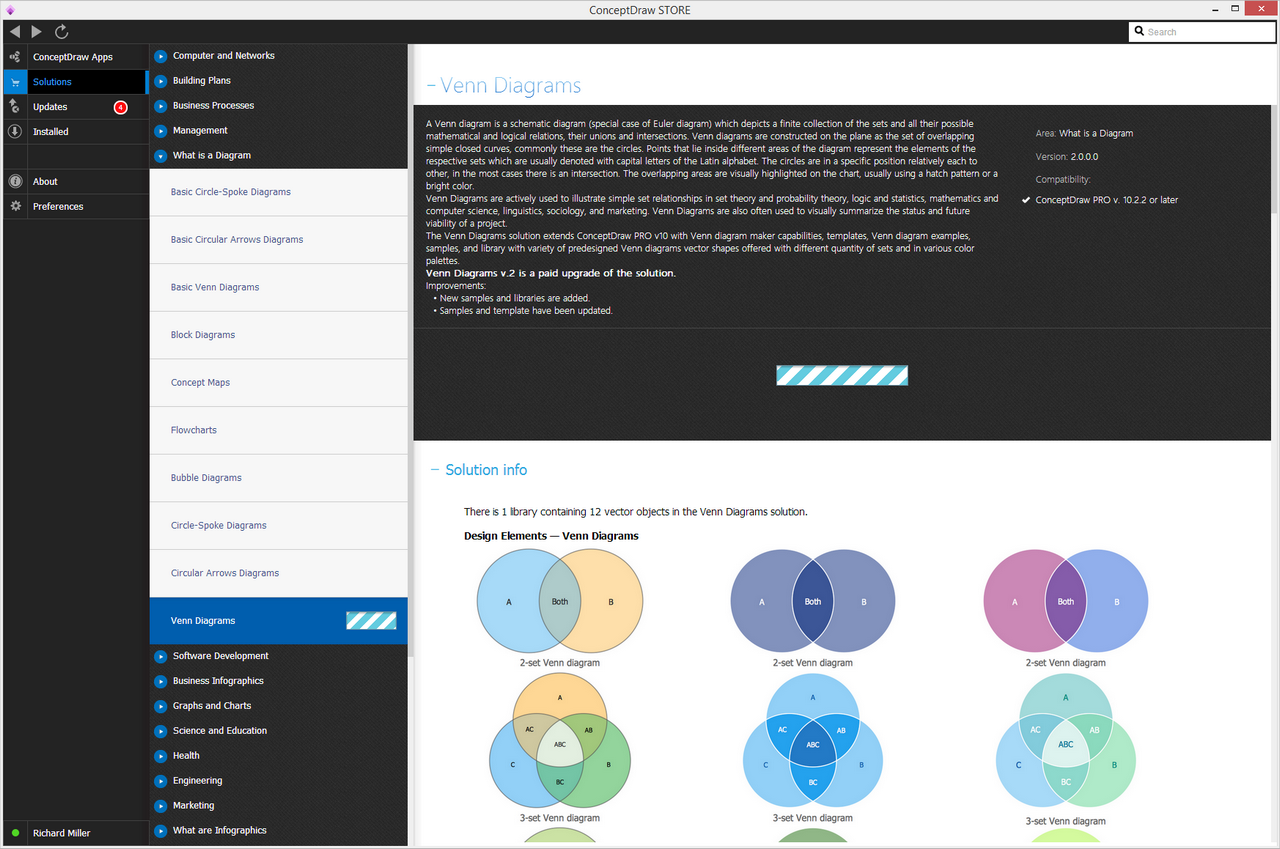 Start using the Venn Diagrams solution to make the professionally looking diagrams by adding the design elements taken from the stencil libraries and editing the pre-made examples that can be found there.

How to Install Paid Solution

A Venn diagram, sometimes referred to as a set diagram, is a diagramming style used to show all the possible logical relations between a finite amount of sets. In mathematical terms, a set is a collection of distinct objects gathered together into a group, which can then itself be termed as a single object. Venn diagrams represent these objects on a page as circles or ellipses, and their placement in relation to each other describes the relationships between them. 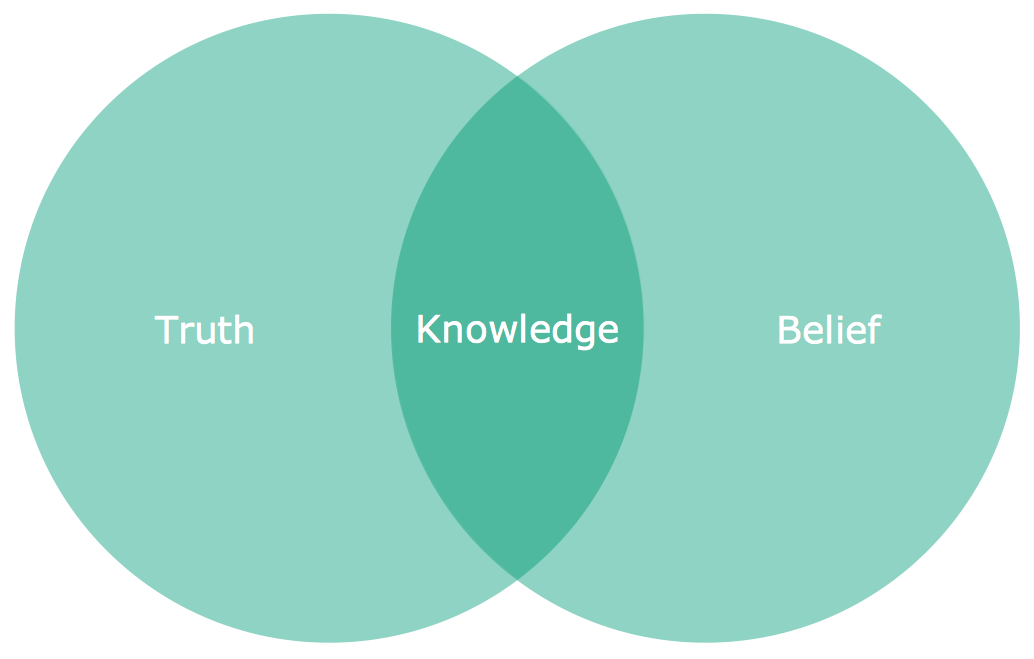 Commonly a Venn diagram will compare two sets with each other. In such a case, two circles will be used to represent the two sets, and they are placed on the page in such a way as that there is an overlap between them. This overlap, known as the intersection, represents the connection between sets — if for example the sets are 'mammals' and 'sea life', then the intersection will be 'marine mammals', e.g. dolphins or whales. Each set is taken to contain every instance possible of its class; everything outside the 'union' of sets (union is the term for the combined scope of all sets and intersections) is implicitly not any of those things — not a mammal, doesn't live underwater, etc.

The structure of this humble diagram was formally developed by the mathematician John Venn, but its roots go back as far as the 13th Century, and includes many stages of evolution dictated by a number of noted logicians and philosophers. The earliest indications of similar diagram theory came from the writer Ramon Llull, who's initial work would later inspire the German polymath Leibnez. Leibnez was exploring early ideas regarding computational sciences and diagrammatic reasoning, using a style of diagram that would eventually be formalized by another famous mathematician. This was Leonhard Euler, the creator of the Euler diagram.

Euler diagrams are similar to Venn diagrams, in that both compare distinct sets using logical connections. Where they differ is that a Venn diagram is bound to show every possible intersection between sets, whether objects fall into that class or not; a Euler diagram only shows actually possible intersections within the given context. Sets can exist entirely within another, termed as a subset, or as a separate circle on the page without any connections — this is known as a disjoint. Furthering the example outlined previously, if a new set was introduced — 'birds' — this would be shown as a circle entirely within the confines of the 'mammals' set (but not overlapping 'sea life'). A fourth set of 'trees' would be a disjoint — a circle without any connections or intersections. 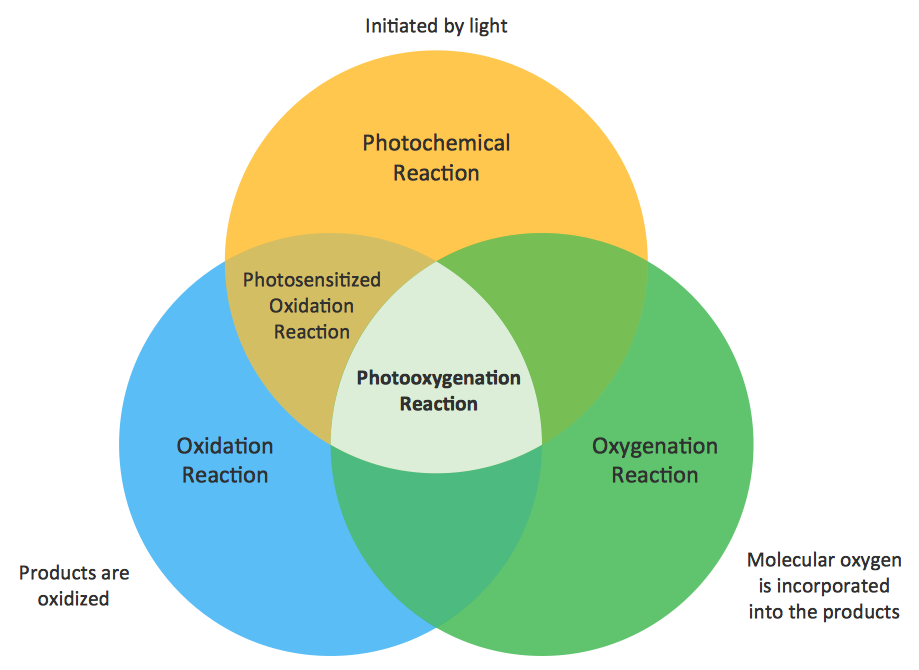 Logician John Venn developed the Venn diagram in complement to Euler's concept. His diagram rules were more rigid than Euler's — each set must show its connection with all other sets within the union, even if no objects fall into this category. This is why Venn diagrams often only contain 2 or 3 sets, any more and the diagram can lose its symmetry and become overly complex. Venn made allowances for this by trading circles for ellipses and arcs, ensuring all connections are accounted for whilst maintaining the aesthetic of the diagram. 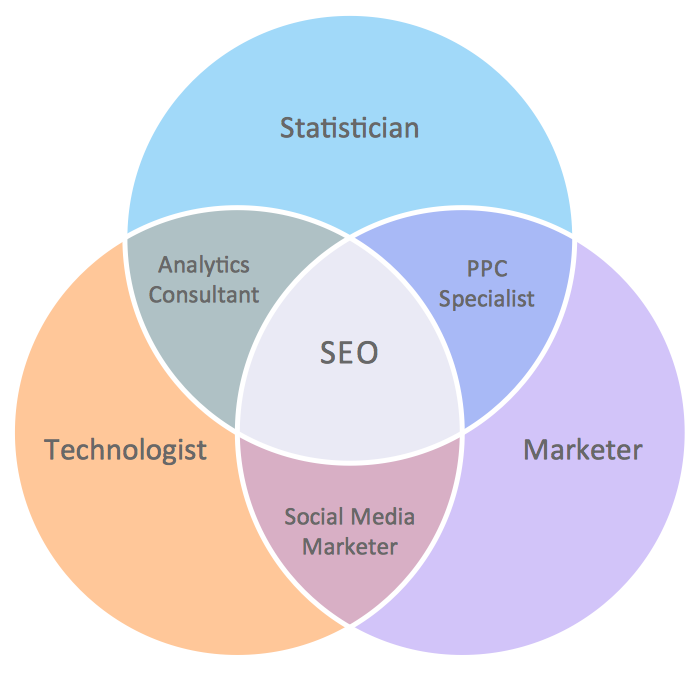 Usage for Venn diagrams has evolved somewhat since their inception. Both Euler and Venn diagrams were used to logically and visually frame a philosophical concept, taking phrases such as some of x is y, all of y is z and condensing that information into a diagram that can be summarized at a glance. They are used in, and indeed were formed as an extension of, set theory — a branch of mathematical logic that can describe object's relations through algebraic equation.

Now the Venn diagram is so ubiquitous and well ingrained a concept that you can see its use far outside mathematical confines. The form is so recognizable that it can shown through mediums such as advertising or news broadcast and the meaning will immediately be understood. They are used extensively in teaching environments — their generic functionality can apply to any subject and focus on my facet of it. Whether creating a business presentation, collating marketing data, or just visualizing a strategic concept, the Venn diagram is a quick, functional, and effective way of exploring logical relationships within a context.

As ever with any common (and not-so-common) diagramming technique, CS Odessa want to provide you with the tools needed to produce highly effective, professional diagrams, in the style that suits you. The Venn Diagrams solution for ConceptDraw DIAGRAM contains a library of 12 pre-built Venn diagrams, with options for 2, 3, 4 or 5 set variants, displayed using a range of color palettes. Just pick your style, fill in your text, and your work is almost done. From there you can choose to export your diagram into a presentation, open using other diagramming software, or use in conjunction with other services from the ConceptDraw Office suite. Help is on hand if you need it, from How-To guides, to video tutorials, not forgetting our huge online help desk.

For easy-to-make diagrams you'll use everyday, take the Venn Diagrams solution for ConceptDraw DIAGRAM.
Back to top ↑