The Computer and Networks area of ConceptDraw's Solution Park collects a range of templates, libraries and samples designed for the most popular types of technical drawings depicting computers and networks. You will find pre-designed network icons, Cisco icons, and various vector objects for creating network schemes and diagrams to any degree of complexity.

The Computer and Networks Area collects a range of templates, libraries and samples for the most popular technical drawings regarding computers and networks. Here you will find predesigned objects for network schemes and diagrams of any complexity, to help create anything from simple illustrations to detailed technical drawings.

For professional diagramming solutions and an integrated approach to your illustrations, look no further than the ConceptDraw Solution Park. Solution Park delivers comprehensive support for professionals by providing business specific product extensions that can be downloaded as necessary, expanding the features and functionality of ConceptDraw DIAGRAM. These professional solutions include integrated software drawing tools, templates, libraries and objects are engineered to make quick work of complex tasks and jobs. The variety of solutions available in the ConceptDraw Solution Park is constantly expanding to provide users ultimate flexibility in their diagramming platform. 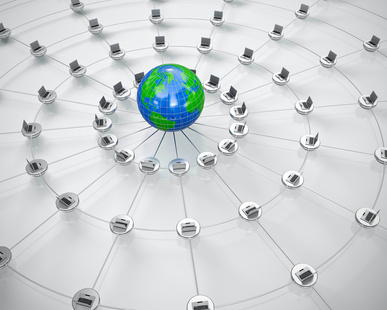 ConceptDraw products have been renowned throughout the software diagramming market for over 10 years, and our most popular diagrams have invariably been computer and networking diagrams. CS Odessa continually expands and updates our computer and network libraries and templates to keep pace with technological growth and reflect innovations in this sphere of diagramming.

We know that many network engineers and system administrators use our products in their daily work and we strive constantly to make that work easier and more effective. The Computer and Networks area of ConceptDraw Solution Park offers flexible and dynamic development tools for network engineers and system administrators. We invite all professionals in these fields to enhance their productivity through the use of visual communication.

When you walk into most modern work offices, there is a good chance you will be greeted by banks of computer screens and terminals, perhaps some sales points screens or server stacks, almost certainly routers and printers. A side effect of this amount of hardware is the amount of cabling necessary to connect these elements into an effective local area network (LAN). With technology and market forces demanding ever quicker business response times, a well-structured computer network is the foundation of positive communication between employees, and with the wider world.

As anyone who has struggled sorting out all the wires behind a television can empathize, it's good to know which cables go where, and what is their function. This is the idea behind a computer network diagram — it can show how a network is connected, how data transfers between those connections, and give an overview of devices and hardware used. To create a practical diagram, the user must adhere to the specified requirements and limitations of the office or building in which the LAN will operate — things such as hardware availability, company budget and customer needs must all be taken into account.

There are two main forms of computer network diagram:

These diagrams show the physical arrangement of a network, the order in which devices are connected, and the cables used to connect them. Which cabling to use is determined by the type of topology employed, and there are three main forms in use currently:

A logical topology adds a further level of detail to a computer network diagram, by showing along which path data is transferred around the network, the network protocols that govern it, and how it is received by the various nodes and devices. They can show elements such as firewalls or software specifications.

While the logical topology can mirror the form of the physical, it is possible for them to be different. For instance, data travelling through a physical 'star' topology will travel ostensibly around a 'ring' within the router, checking whether each device matches the destination address. 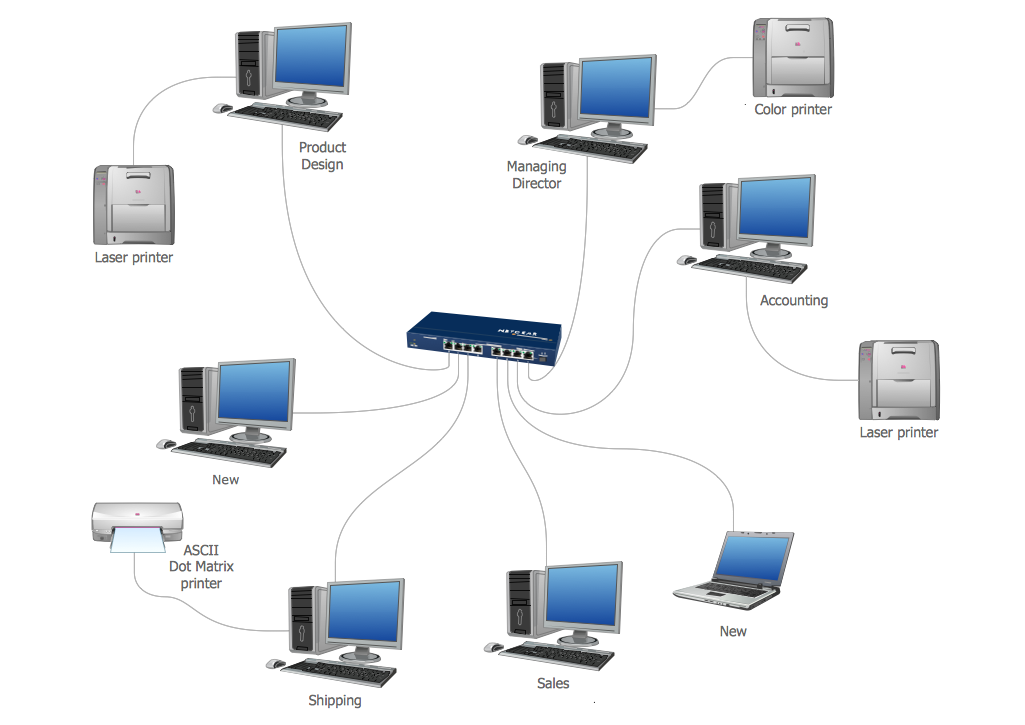 Combining the elements from these topologies creates a layered picture of the network architecture, which can basically be defined as the design of a communications network — a framework for its physical components, and a clearly defined set of principles and procedures. Although these rules can often be quite rigid, a computer network diagram does not just to be a simple arrangement of lines and text — computer network diagram symbols can added and utilized to represent real-world locations, end-user interactions, or specific hardware.

Logical and physical topology diagrams are ideal for depicting LANs, but often business demands a network on a much larger scale. A global network connecting devices in disparate areas is known as a wide area network (WAN), and it will generally use a dedicated form of connection in order to keep up communication, for instance satellite or leased lines. They can be shown on diagrams using the methods outlined above — the diagram will show a 'step back' from a LAN, showing the structure of connections between LANs within the WAN. 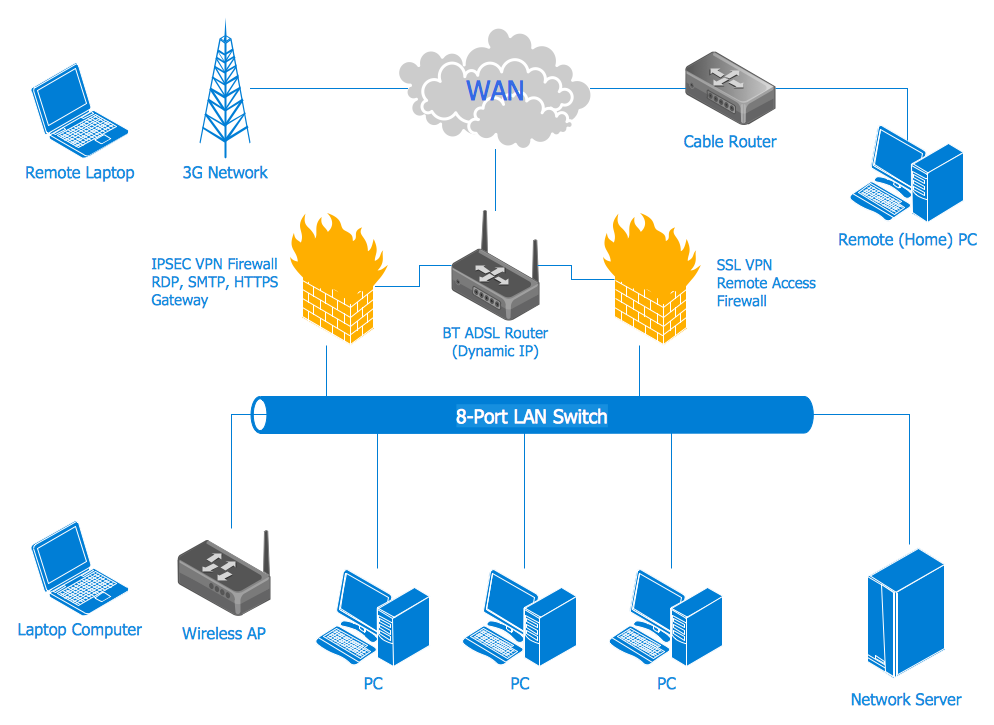 For many years, the software engineers at ConceptDraw have dedicated themselves to releasing innovative and comprehensive diagramming solutions, adding extra functionality to their award winning software, ConceptDraw DIAGRAM. Each one contains libraries of graphic illustrations and symbols, together with user-friendly templates to help the user get started. With the Computer Network Diagrams solution, network architects and heads of IT departments have an all-in-one drawing tool that provides indispensable vector stencils depicting branded hardware, telecommunication devices, and logical symbols that allow freedom of expression in diagram, however complex the network might be.

The support from ConceptDraw doesn't end with the solution libraries. Apart from the quick-start templates provided, the dedicated solution page contains a set of network diagram samples, showcasing the options and styles available. There is also detailed 'How-to' section that goes step-by-step through the process of creating a variety of diagrams, and of course a wealth of video and text material can be found through the ConceptDraw 'Help' section.

Whether rapidly sketching out a personal network, or visualizing complex topology to share with a company team, the Computer Network Diagrams solution for ConceptDraw DIAGRAM has all the tools needed to make productive and professional network diagrams.

Back to top ↑
solutions