“IDEF0” is known to be an acronym for the “ICAM Definition for Function Modelling”, being one of the most popular and widely used function modelling methodology. It is usually used for describing any needed manufacturing functions, offering a so called functional modelling language, widely used for conducting the analysis, development, re-engineering as well as the integration of different business processes. It is commonly used in the information systems and for conducting any needed analysis in such field of business activity, as software engineering.

The “IDEF0” is known to be simply one of the parts of the “IDEF” family of the modelling languages. The “IDEF0” is used in the software engineering of the business activity, being built on the functional modelling language — “SADT”, which is another acronym for the “Structured Analysis and Design Technique”. Such method was created for a reason of simplifying the activities, actions and decisions of some organization as well as system while modelling. It was derived from the already well-established graphic modelling language called “SADT”, which was developed some time ago by the “SofTech” company.

“IDEF0” can be defined as a graphical modelling language being a commonly used methodology for developing models. It is usually used for showing the system control, data flow and functional flow of different lifecycle processes. With help of IDEF0 it is always possible to represent a wide range of manufacturing as well as other business operations of any complexity in a graphical way. Using such methodology enables to provide the precise and rigorous description. Also, you can always use it for promoting the interpretation and usage of some system.

IDEF0 is also widely used for modelling different non-automated and automated systems, being used for defining the requirements for new systems, designing the implementations and specifying the functions, and so meeting all the needed requirements. It can be also used for simply analysing all the needed functions within some particular systems during the period of time while such systems perform. It can be used for recording all the needed mechanisms of such systems too. Thus, applying an “IDEF0” to some system means simply starting a process of creating a model, which is expected to be consisted of a hierarchical series of text, diagrams and glossary, known to be referenced to each other.

Two main modelling components are known to be “functions”, illustrated in a way of a diagram using such shapes as boxes, and “data”, plus the objects related with each other.

The very start of the IDEF0 process begins with, first of all, the identification of the very prime function which is expected to be de-composed, being identified by drawing a so called “Top Level Context Diagram”, that helps defining the scope of some IDEF0 analysis which is being conducted. You can always create any diagram, including the IDEF0, having only one tool — a diagramming and drawing software — ConceptDraw DIAGRAM There’s also a new product of CS Odessa, which you can use for simplifying your work with the mentioned software — ConceptDraw STORE, available to be downloaded from this site. 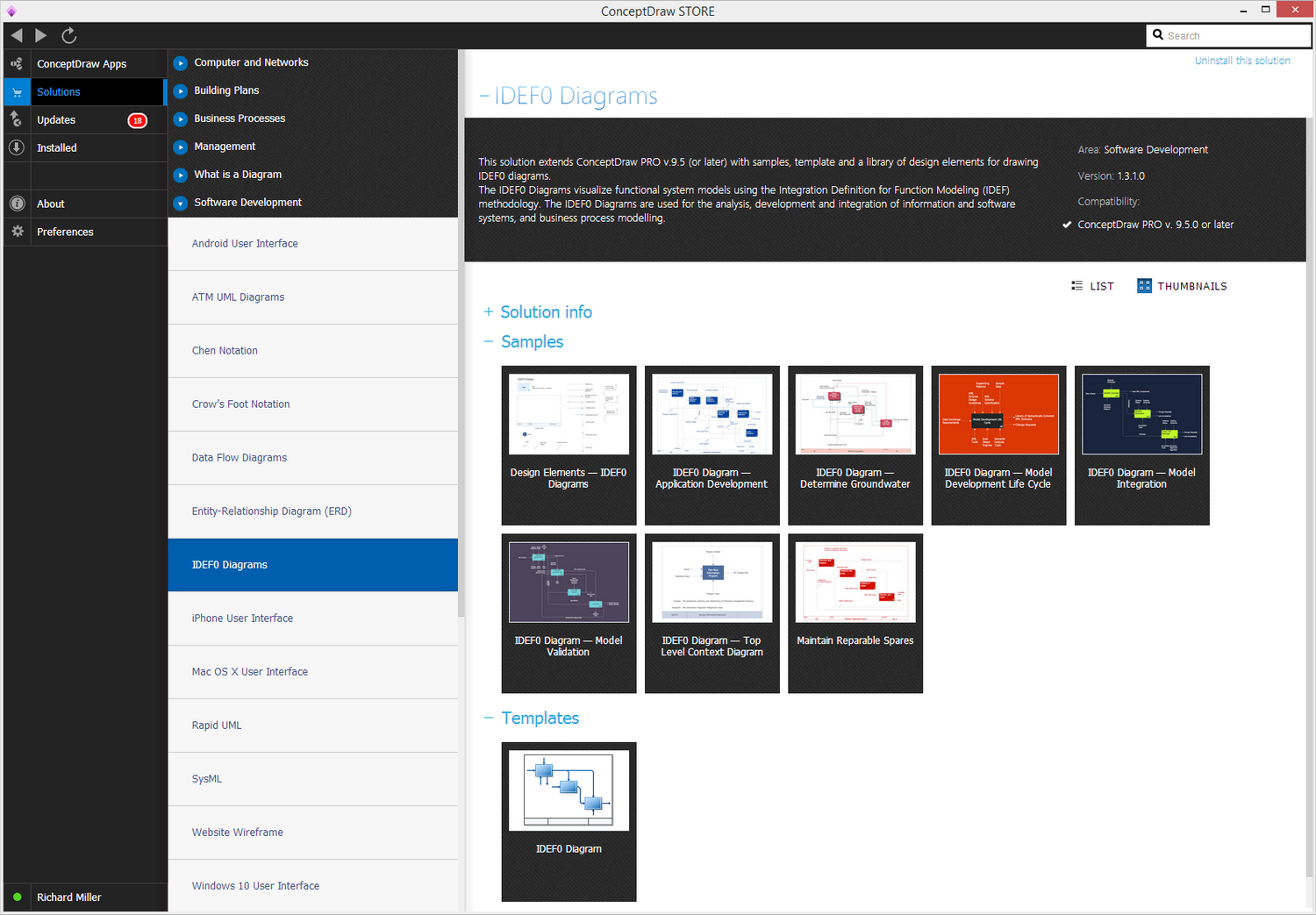 Having the mentioned IDEF0 Diagram Software extended with so called “IDEF0 Diagrams solution” means having a very powerful vector drawing and diagramming software, which you can use for creating any needed IDEF0 Diagram of any complexity. It usually takes only a few hours or even a few minutes to complete the smart looking drawing having all the needed tools, such as the pre-made design symbols and examples of the diagram you want to draw. Using the pre-made templates means making it possible to edit the drafts for your own unique models having the final result looking simply professional and great looking. 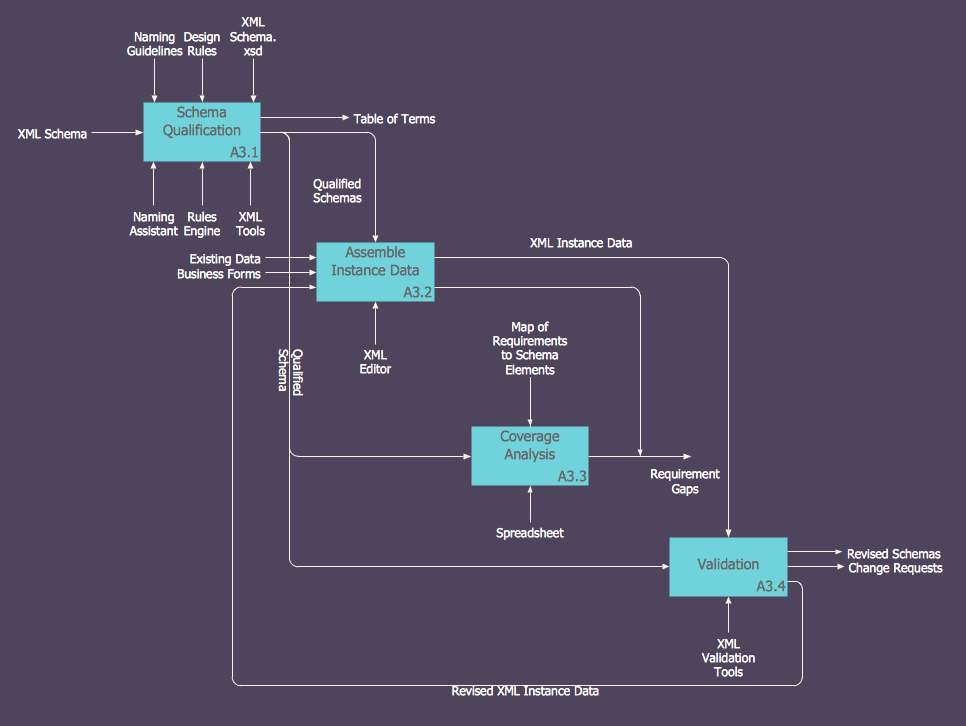 You can always simply change the existing examples available in the solutions of ConceptDraw STORE according to your own needs using the already pre-made templates as well as the existing pre-designed vector objects, for example, from “IDEF0 Diagrams library” from the IDEF0 Diagrams solution. To get the solution, you should download ConceptDraw STORE application first, which is available on this site as well as ConceptDraw DIAGRAM

Use the IDEF0 Diagrams solution to draw the professional looking IDEF0 diagrams for functional modeling the information systems, business processes or software.

All source documents are vector graphic documents. They are available for reviewing, modifying, or converting to a variety of formats (PDF file, MS PowerPoint, MS Visio, and many other graphic formats) from the ConceptDraw STORE. The IDEF0 Diagrams solution is available for all ConceptDraw DIAGRAM or later users. 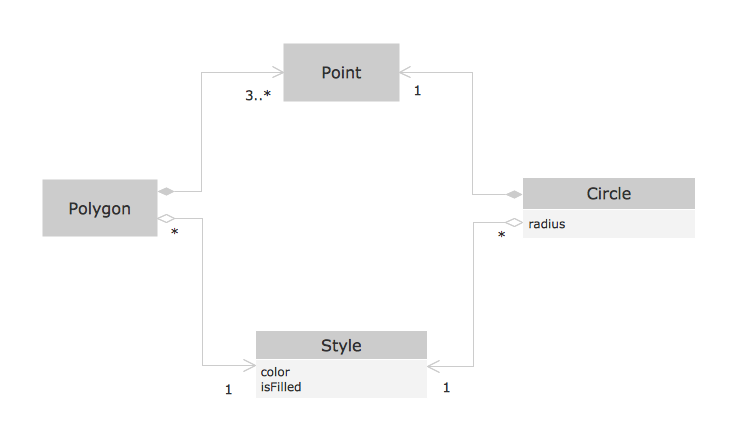 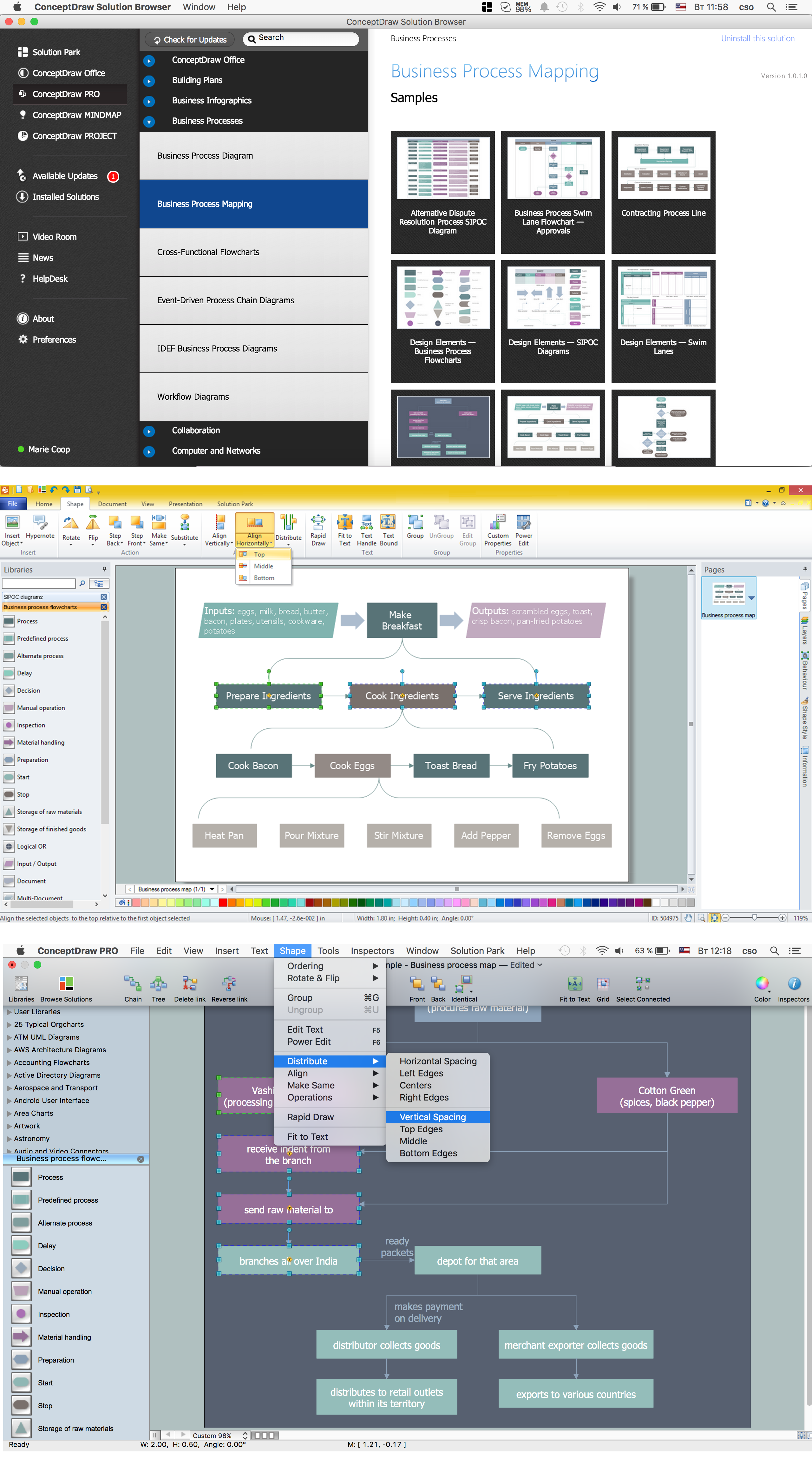 This sample shows the Flowchart of the Sustainment and Disposal. A Flowchart is a graphically representation of the process that step-by-step lead to the solution the problem. The geometric figures on the Flowchart represent the steps of the process and are connected with arrows that show the sequence of the actions. The Flowcharts are widely used in engineering, architecture, science, analytics, government, politics, business, marketing, manufacturing, administration, etc. 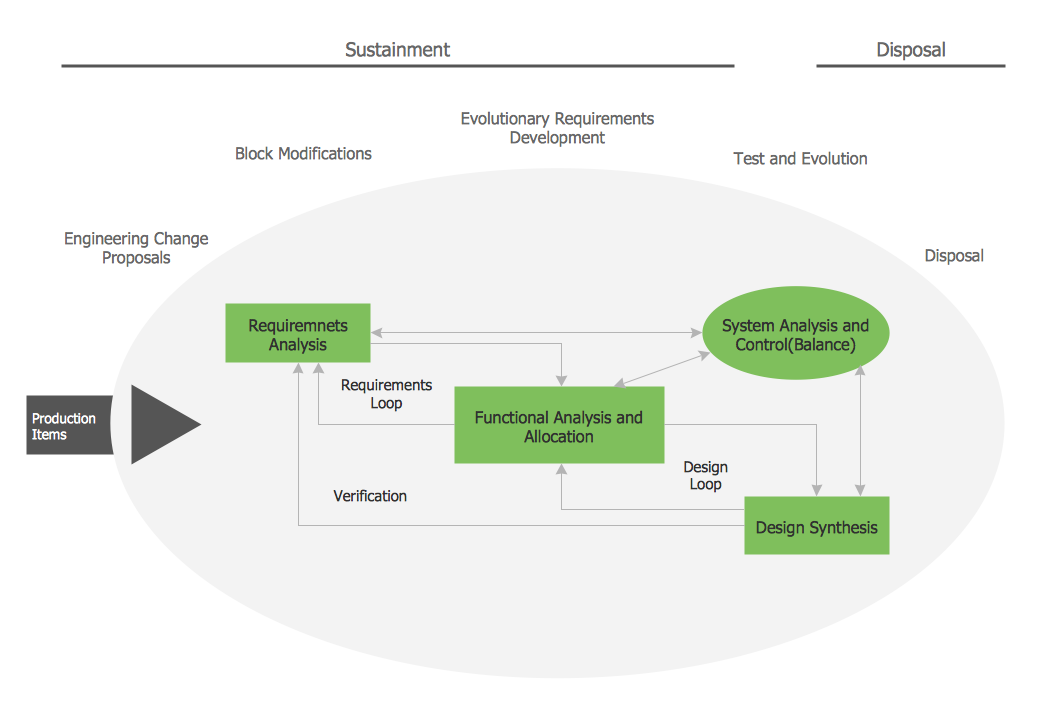 Engineering students usually have huge amount of homework. Learning how to develop a technical drawing is one of the necessary skills. Luckily, at the present time, there’s no need to draw it on paper, because there a lot of software tools for it. This drawing represents the Bearing symbols library, that is the part of the ConceptDraw Mechanical Engineering solution. Bearings are the important components of any movable mechanism. The function of bearing is to align, guide, and support the moving parts in any mechanical construction. Usually they are located between moving and stationary parts, it works as a connection point between them. Using Mechanical Engineering solution and ConceptDraw DIAGRAM one can effortlessly draw engineering diagrams of any complexity. 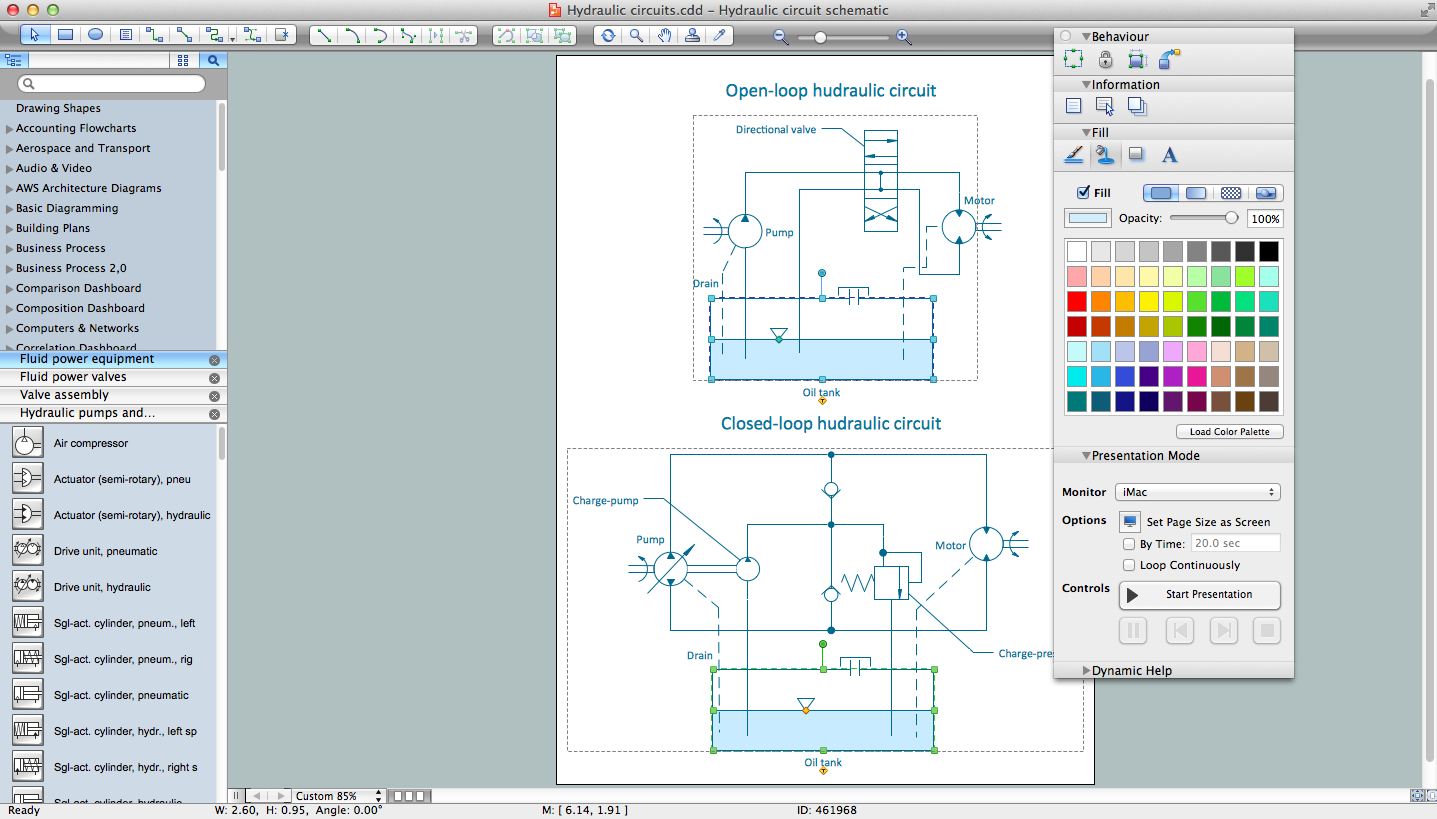 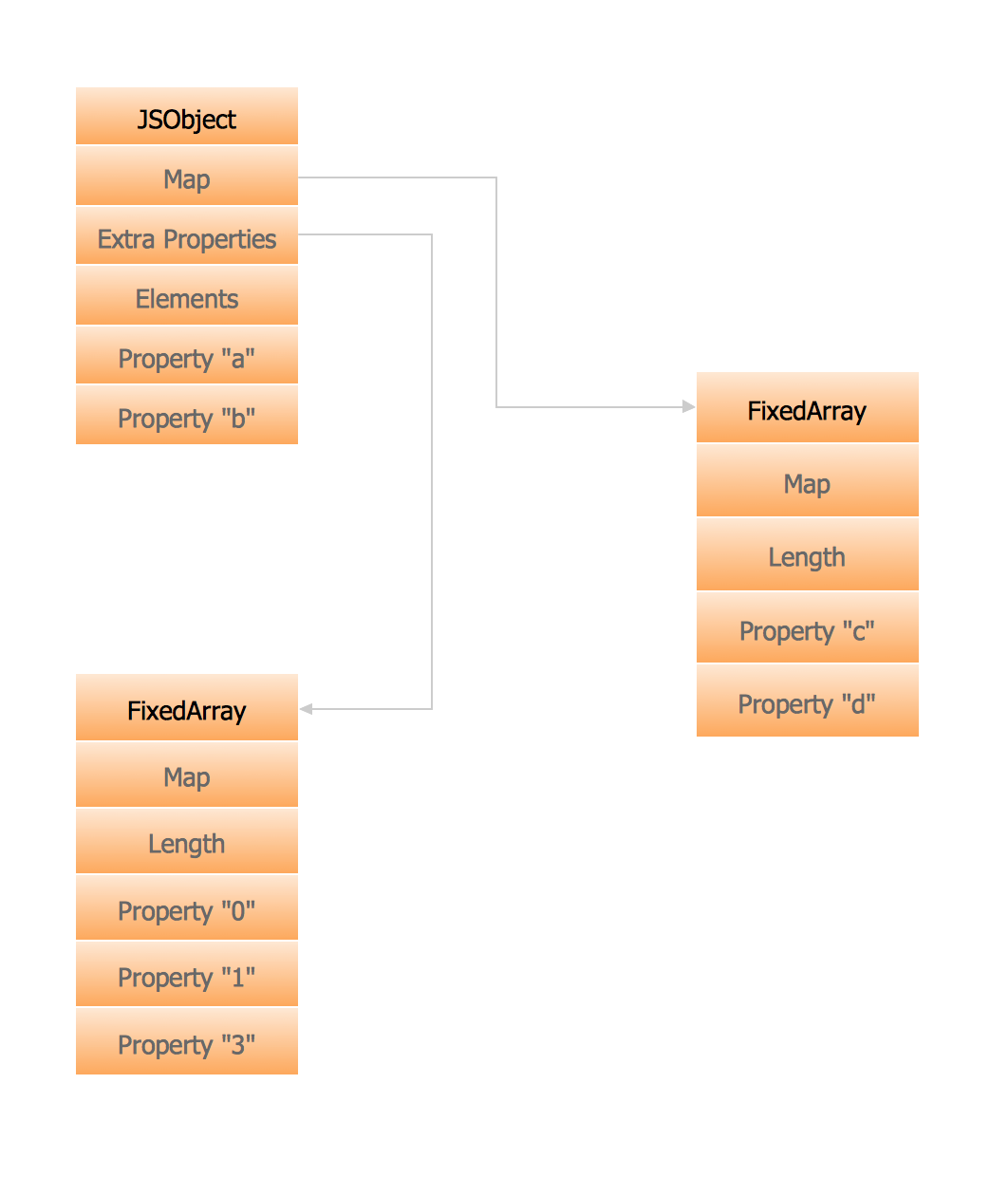