In the straight wiring both ends are identical and the each computer is connected to a switch. This type is used for large networks.

For the direct connection of two computers is used the crossover wiring. In this type the pair of wires inside the cable is swapped at one end.

ConceptDraw DIAGRAM is a powerful network diagramming and vector drawing software. It provides the Computer and Networks Area with many Solutions that contain the wide set of ready-to-use predesigned vector stencils and examples to help you design the professional looking network wiring diagrams of any complexity quick and easy. 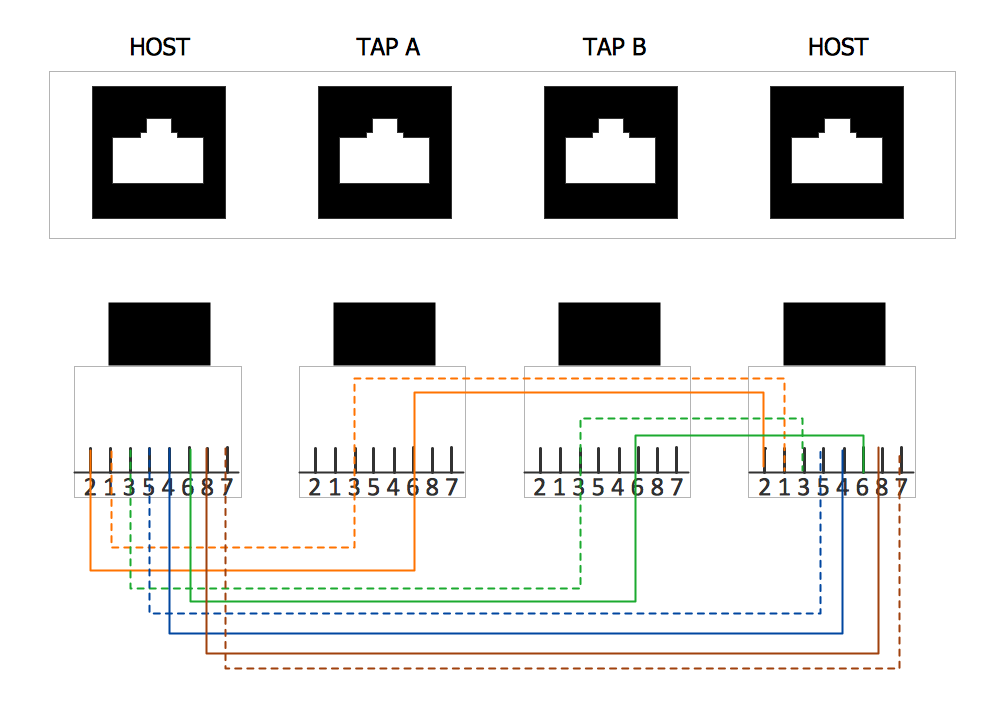