The vector stencils library "Greek letters" contains 87 symbols for creation of stylized text with special effects as gradient fill, shadows, textures, ornaments, outlines, character rotation, "bend" and "stretch" not available through the text formatting.
You can use it to design your own art titles and typography elements for your illustrations, presentation slides, infographics and diagrams using the ConceptDraw PRO diagramming and vector drawing software.
The vector typography example "Design elements - Greek letters" is included in the Artwork solution from the Illustration area of ConceptDraw Solution Park.
Vector typography 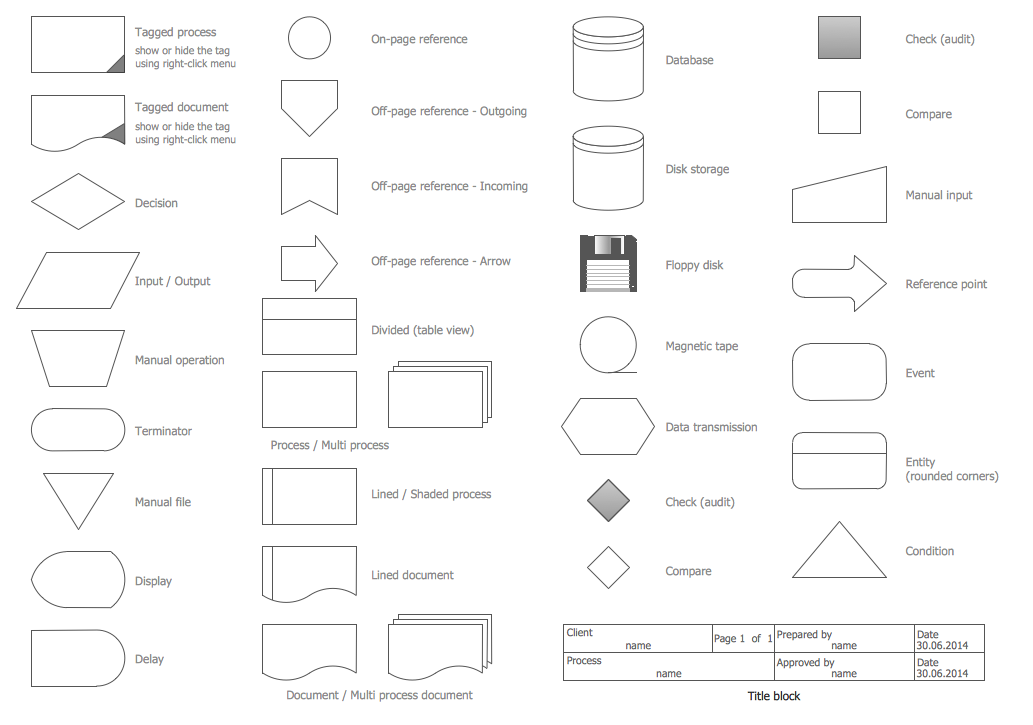 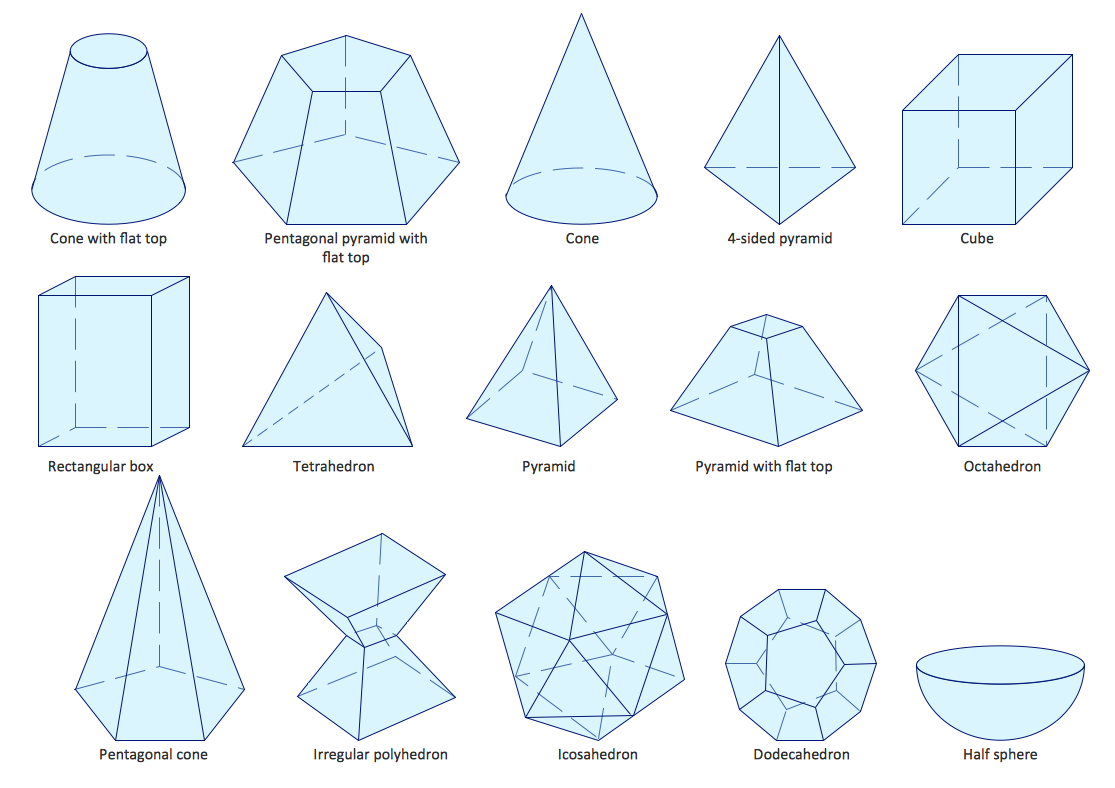 ConceptDraw DIAGRAM is the beautiful design software that provides many vector stencils, examples and templates for drawing different types of illustrations and diagrams.

"The number π is a mathematical constant, the ratio of a circle's circumference to its diameter, commonly approximated as 3.14159. It has been represented by the Greek letter "π" since the mid-18th century, though it is also sometimes spelled out as "pi" (/ paɪ/ ).
Being an irrational number, π cannot be expressed exactly as a common fraction, although fractions such as 22/ 7 and other rational numbers are commonly used to approximate π. Consequently its decimal representation never ends and never settles into a permanent repeating pattern. The digits appear to be randomly distributed; however, to date, no proof of this has been discovered. Also, π is a transcendental number – a number that is not the root of any non-zero polynomial having rational coefficients. This transcendence of π implies that it is impossible to solve the ancient challenge of squaring the circle with a compass and straightedge.
For thousands of years, mathematicians have attempted to extend their understanding of π, sometimes by computing its value to a high degree of accuracy. Before the 15th century, mathematicians such as Archimedes and Liu Hui used geometrical techniques, based on polygons, to estimate the value of π. Starting around the 15th century, new algorithms based on infinite series revolutionized the computation of π. In the 20th and 21st centuries, mathematicians and computer scientists discovered new approaches that, when combined with increasing computational power, extended the decimal representation of π to, as of late 2013, over 12 trillion (10^13) digits. Scientific applications generally require no more than 40 digits of π so the primary motivation for these computations is the human desire to break records. However, the extensive calculations involved have been used to test supercomputers and high-precision multiplication algorithms." [Pi. Wikipedia]
The educational infogram "Pi" was created using the ConceptDraw PRO diagramming and vector drawing software extended with the Education Infographics solition from the area "Business Infographics" in ConceptDraw Solution Park.
Educational infogram 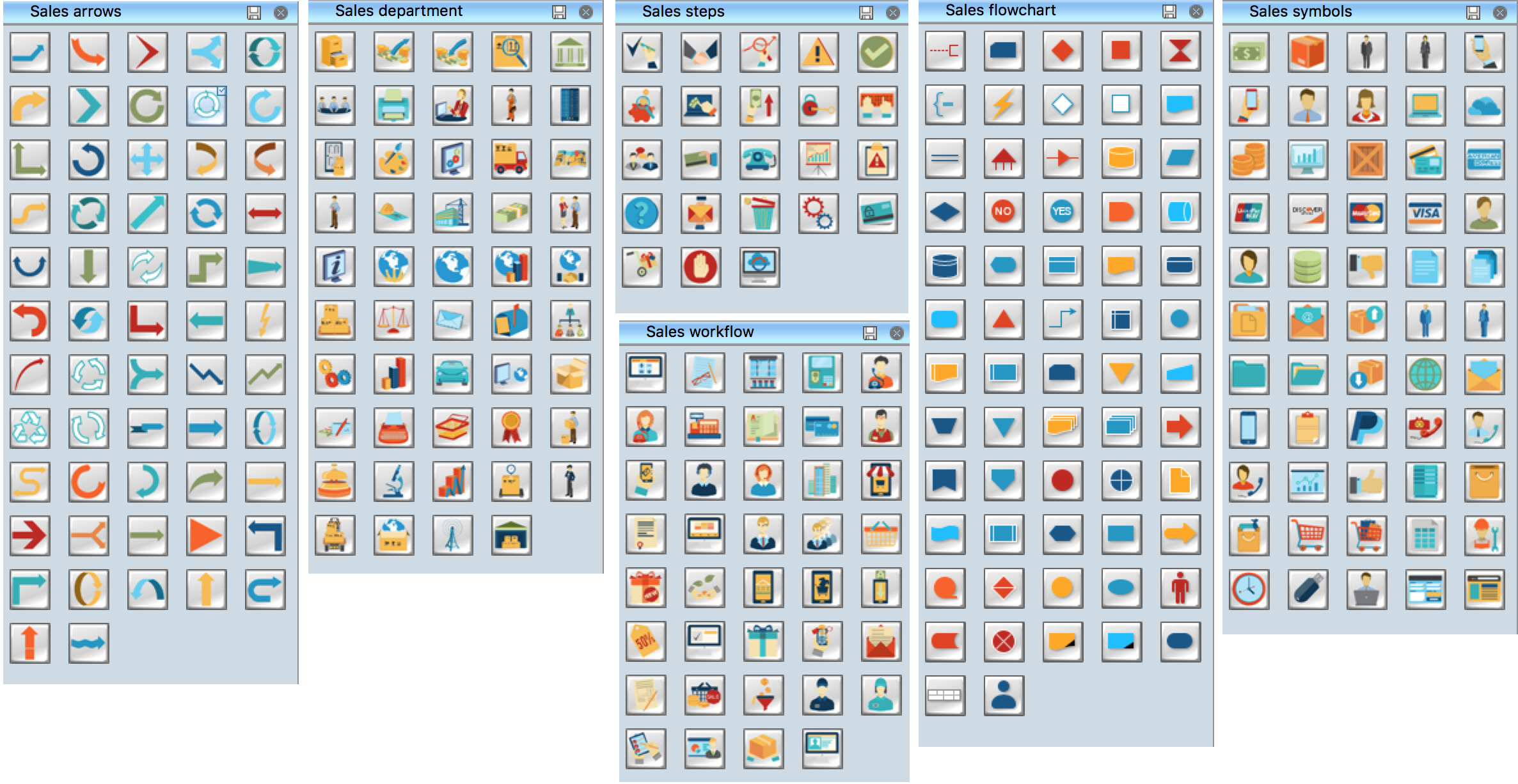 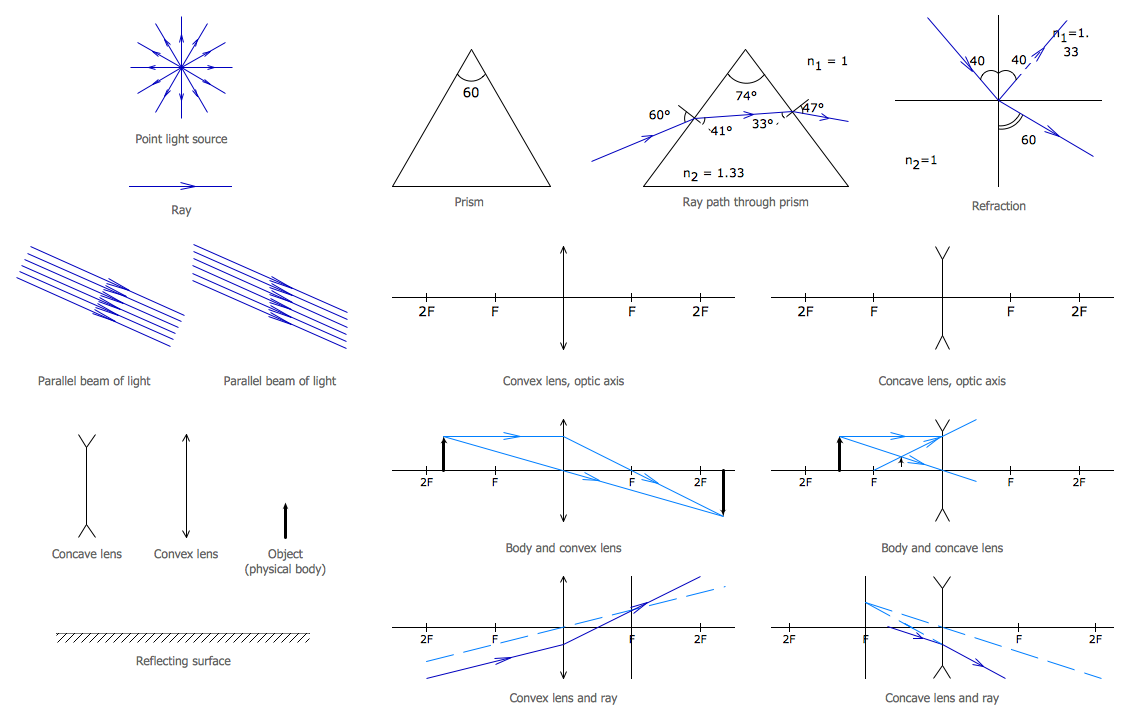 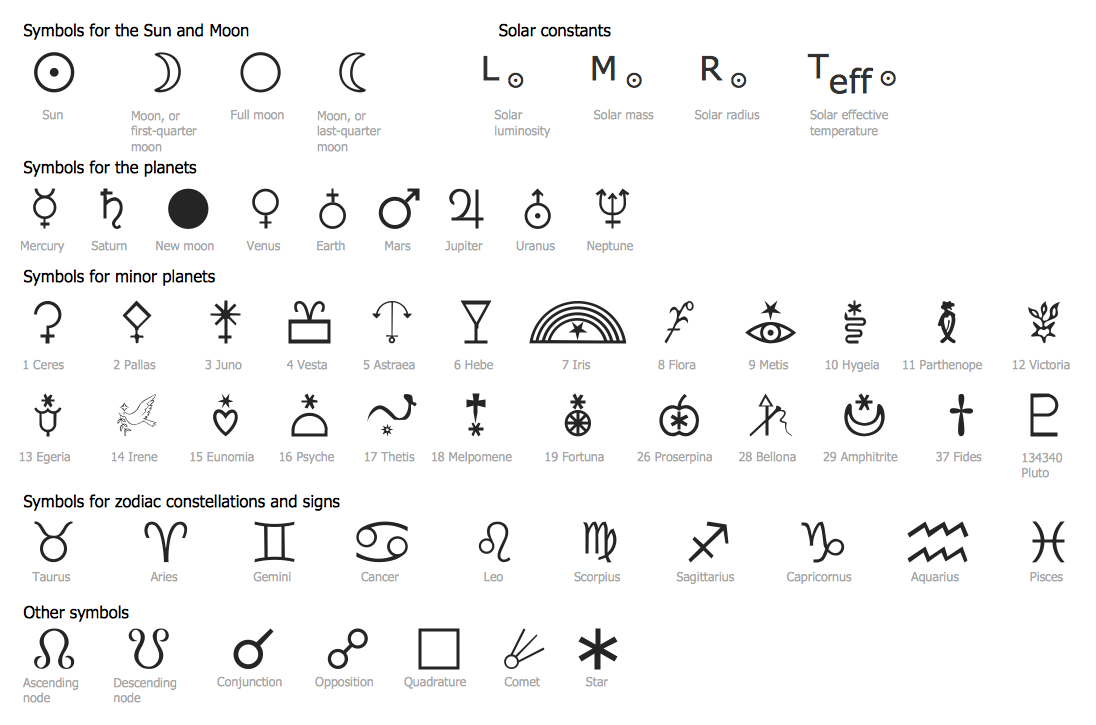 Are you an astronomer, astronomy teacher or student? And you need to draw astronomy pictures quick and easy? ConceptDraw DIAGRAM diagramming and vector drawing software extended with Astronomy solution from the Science and Education area will help you!
Astronomy solution provides 7 libraries with wide variety of predesigned vector objects of astronomy symbols, celestial bodies, solar system symbols, constellations, etc. 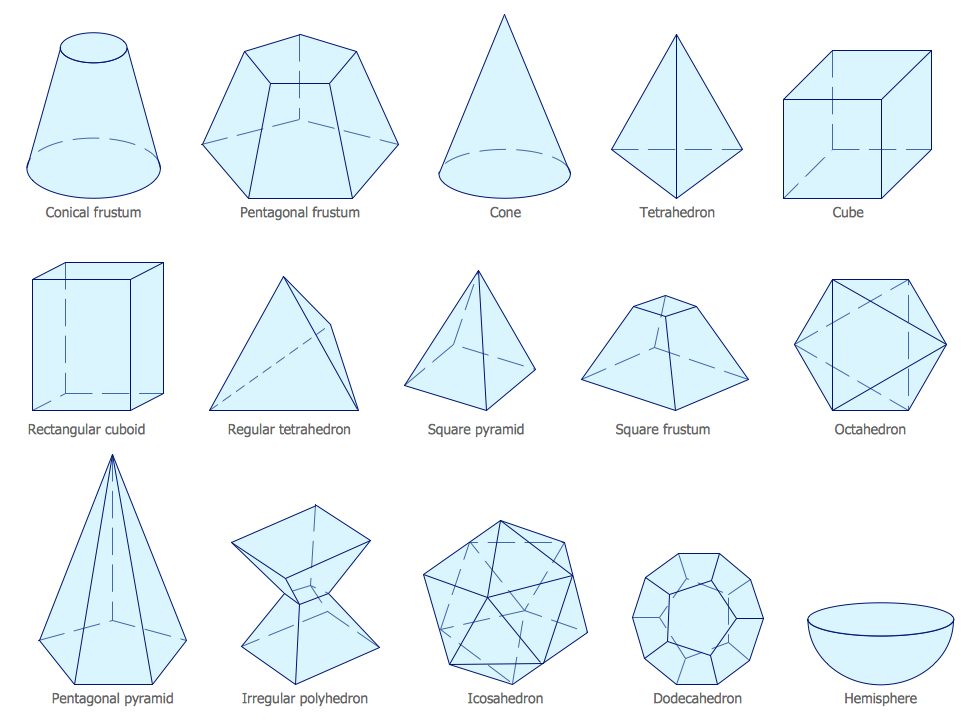 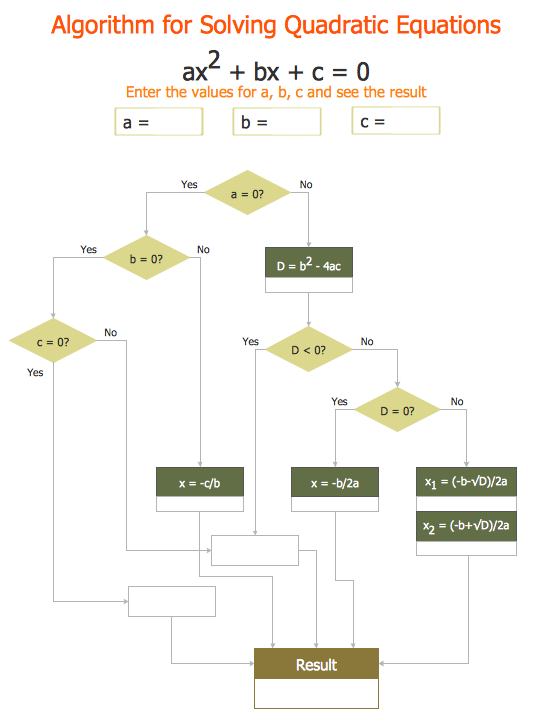 A Process Flow Chart is a type of flowchart which is mostly used in industrial, chemical and process engineering for illustrating high-level processes, major plant processes and not shows minor details.
ConceptDraw DIAGRAM diagramming and vector drawing software extended with Flowcharts Solution from the "Diagrams" Area of ConceptDraw Solution Park is the best way to create Process Flow Chart and other types of flowcharts.
Download ConceptDraw PRO
Free 21 Trial for Mac and PC
Buy Now