“IDEF0” is a compound acronym from “ICAM Definition for Function Modelling”, where “ICAM” is another acronym for “Integrated Computer Aided Manufacturing”. The mentioned IDEF0 is a function modelling methodology, used to describe the manufacturing functions, offering a functional modelling language for the development, analysis, re-engineering and integration of business processes, information systems and software engineering analysis.

The “IDEF0” is a part of the “IDEF” family of modelling languages, used in the software engineering sphere of business activity. It is built on the functional modelling language called “SADT”, which is an acronym to the “Structured Analysis and Design Technique”. This “IDEF0 Functional Modelling method” was created for a purpose of modelling the actions, activities and decisions of some organization or system, being derived from the established graphic modelling language “SADT”, as was mentioned before, that was developed by SofTech, Inc. company.

IDEF0 includes a definition of a graphical modelling language and a description of a comprehensive methodology for developing models, being used to show system control, functional flow and data flow of the lifecycle processes. IDEF0 can graphically represent a wide range of manufacturing and other business operations of any complexity, providing the precise as well as rigorous description, promoting the consistency of interpretation as well as usage.

In 1981 the “ICAM program” developed a few techniques known as the “IDEF” ones, including “IDEF0”, which was used to produce a so called "function model” that is known to be a structured representation of the functions, processes or activities within the subject area or modelled system, as mentioned before. The techniques include also “IDEF1”, which are used for producing a so called "information model", that represents the semantics and the structure of information within some modelled system or subject area. “IDEF2” is another technique used for producing a so called "dynamics model”, which represents the time-varying behavioral characteristics of the modelled system or subject area.

As a result, applying “IDEF0” to a system means creating a model, consisted of a hierarchical series of text, glossary and diagrams, which are referenced to each other. The two main modelling components are functions, which are usually illustrated in a way of a diagram with the use of boxes, and the data as well as the objects that relate with each other representing their functions in a way of the arrows. The “IDEF0” model can be displayed as an example of what you can do in ConceptDraw DIAGRAM and you might find it having the right solution, which is available to be downloaded from this site or from ConceptDraw STORE application, where all the solutions are being kept so the ConceptDraw DIAGRAM users can find them when it’s needed.

Each activity within the mentioned model is described with help of a verb-based label placed in a shape of a box. The inputs are illustrated with help of arrows entering the left side of the activity box. At the same time, the outputs are illustrated as already exiting arrows on the right side of the box. Controls are represented in a way of arrows entering the top of the box, when mechanisms are represented using the shapes of arrows entering from the bottom of the box. All mentioned constituents of the “IDEF0” model, which are Controls, Inputs, Outputs as well as the Mechanisms are all referred to as “concepts”.

The “IDEF0 process” itself starts with the identification of the main function, which is expected to be decomposed, being identified on a “Top Level Context Diagram”, defining the scope of the so called “IDEF0 analysis”. You can see an example of a “Top Level Context Diagram” for a particular information system management process on this site as well as in one of the solutions, which a few “lower-level diagrams” can be generated from. ConceptDraw DIAGRAM is known to be an “IDEF0 Diagram Software”, which works same good on Windows and Mac and it is well-known to be a great alternative to MS Visio for Mac as you can tell yourself once you download this unique application from this site.

Having the mentioned IDEF0 Diagram Software extended with so called “IDEF0 Diagrams solution”, which can be found and downloaded from the “Software Development area” of “ConceptDraw Solution Park” from this site means having a very powerful diagramming as well as vector drawing IDEF0 software, which you can use when you need to create an IDEF0 Diagram of any complexity within only a few hours or even minutes, using the pre-made examples as the drafts for your own unique models. 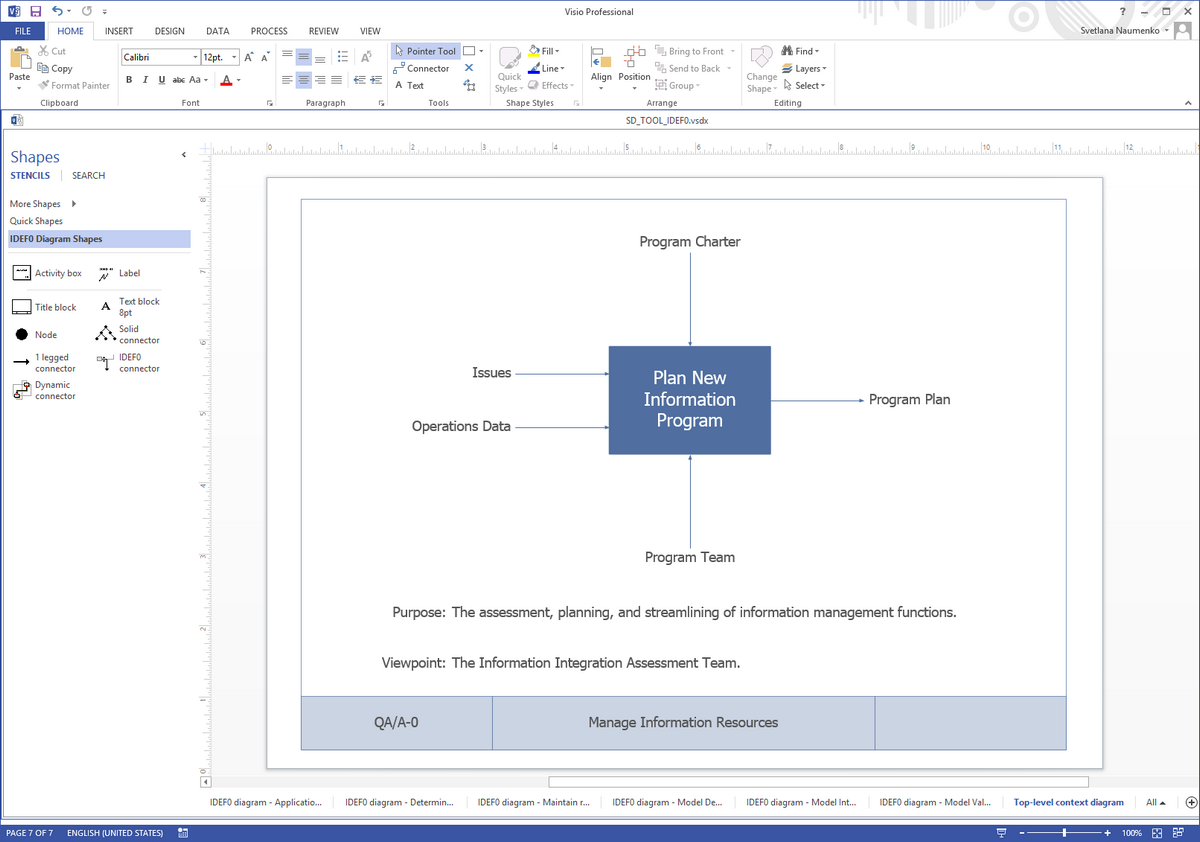 Use the IDEF0 Diagrams Solution for ConceptDraw DIAGRAM software to create your own professional looking ConceptDraw documents with IDEF0 Diagrams of any complexity quick, easy and effective, and also IDEF0 Visio documents. Apply them actively and successfully in your work activity.

All source documents are vector graphic documents. They are available for reviewing, modifying, or converting to a variety of formats (PDF file, MS PowerPoint, MS Visio, and many other graphic formats) from the ConceptDraw STORE. The IDEF0 Diagrams Solution is available for all ConceptDraw DIAGRAM users. 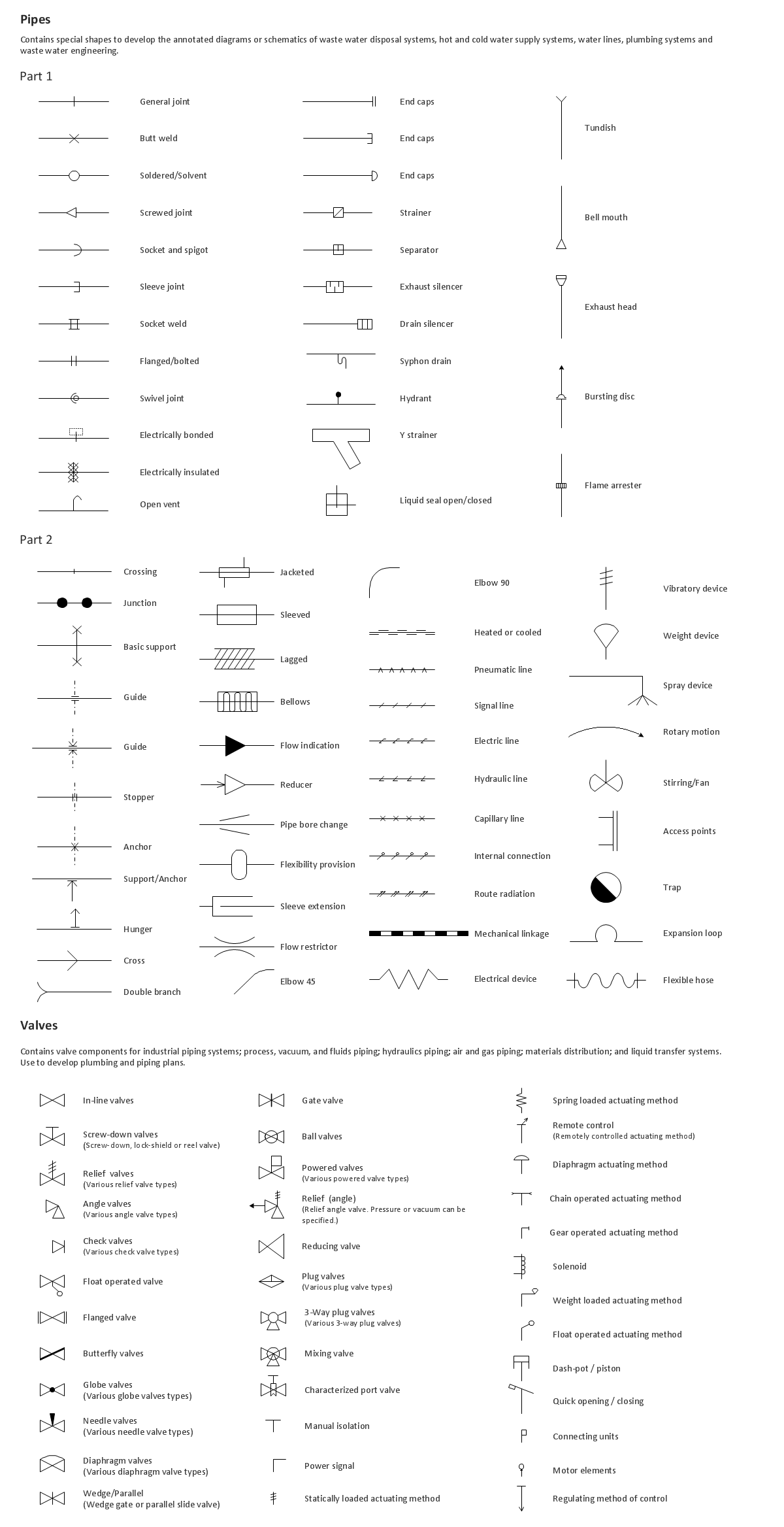 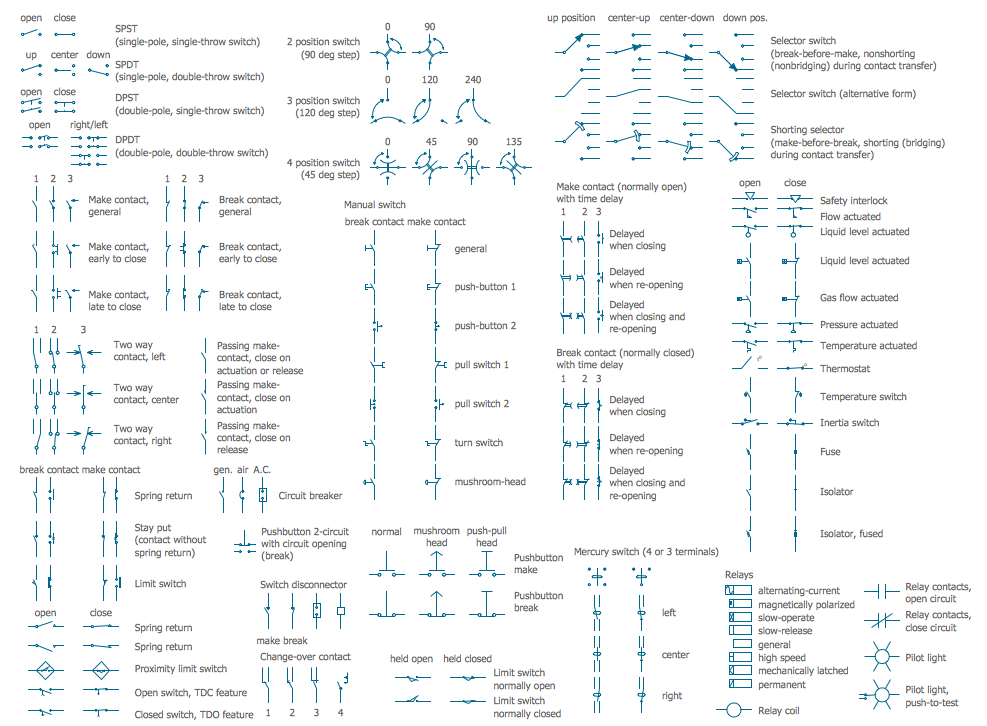 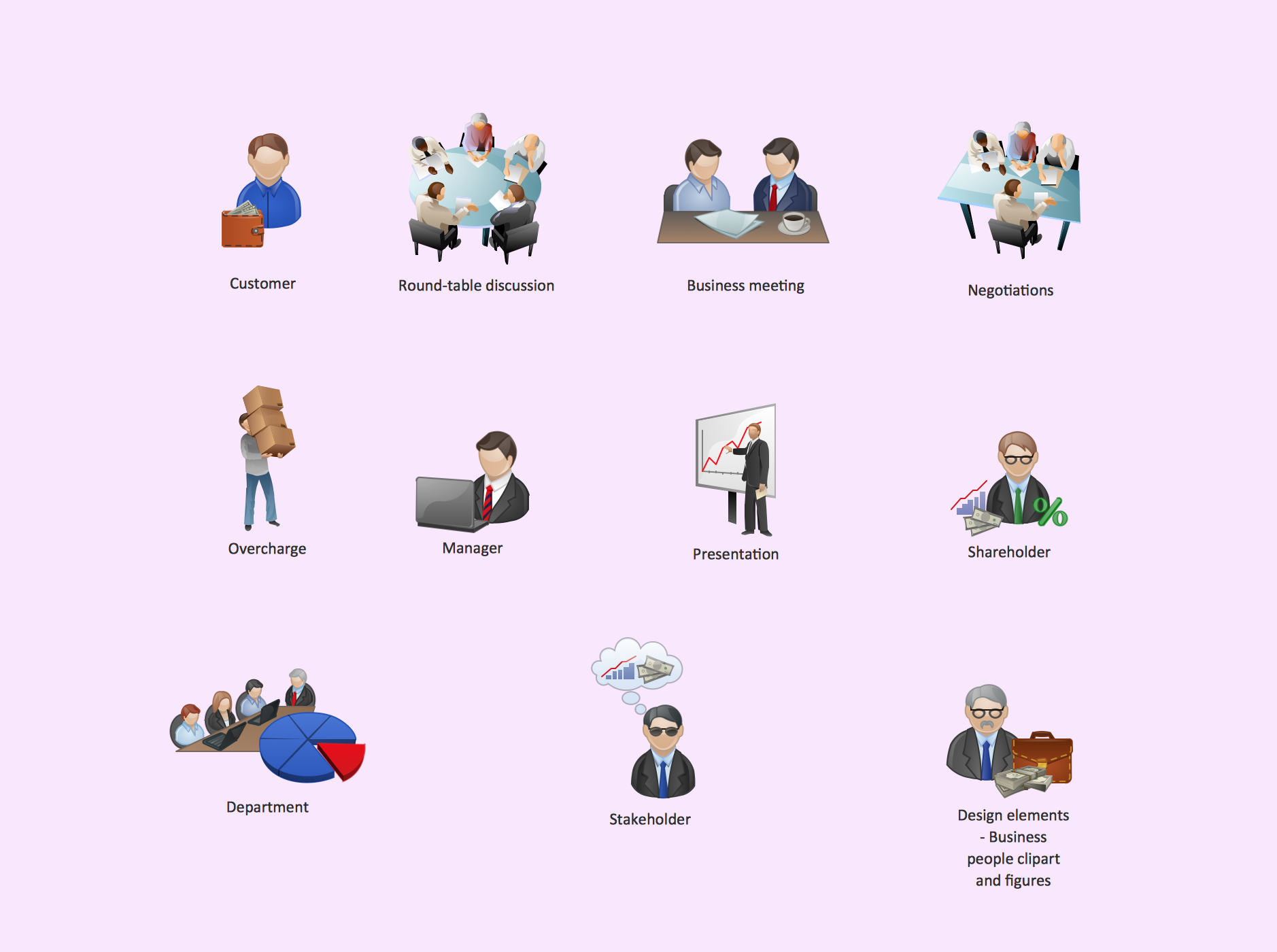