IVR diagrams visualize the logical and physical structure of IVR systems, where computer interact with callers using of voice and dual-tone multi-frequency signaling (DTMF) keypad inputs. They are used to develop, operate and maintain the IVR systems for inbound and outbound call centers and voice mail systems.

ConceptDraw has 1004 vector stencils in the 40 libraries that helps you to start using software for designing your own Network Diagrams. You can use the appropriate stencils from Interactive Voice Response library with 35 objects. 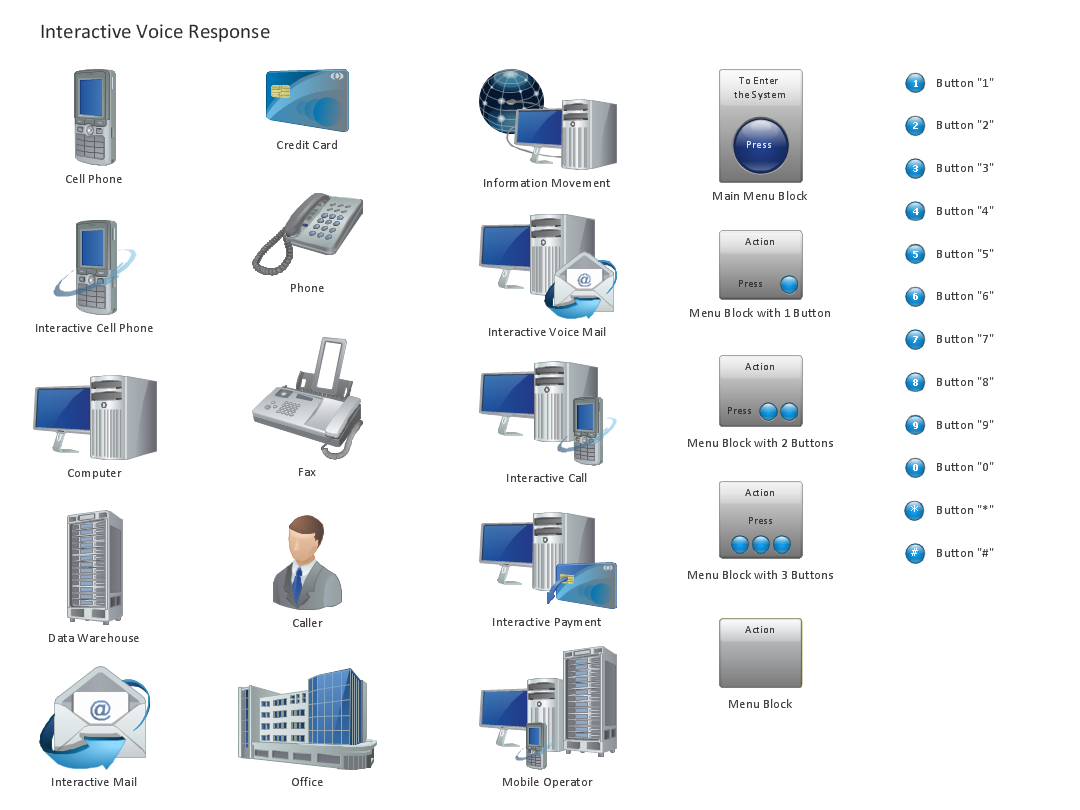 Use these libraries of design elements to visualize the logical and physical structure of IVR systems for inbound and outbound call centers and voice mail systems.

Illustrate the Computer Network of a Building →

With best content of the Wireless Network solution that includes more than 10 building pre-designed objects network engineers can illustrate the computer network of a building. 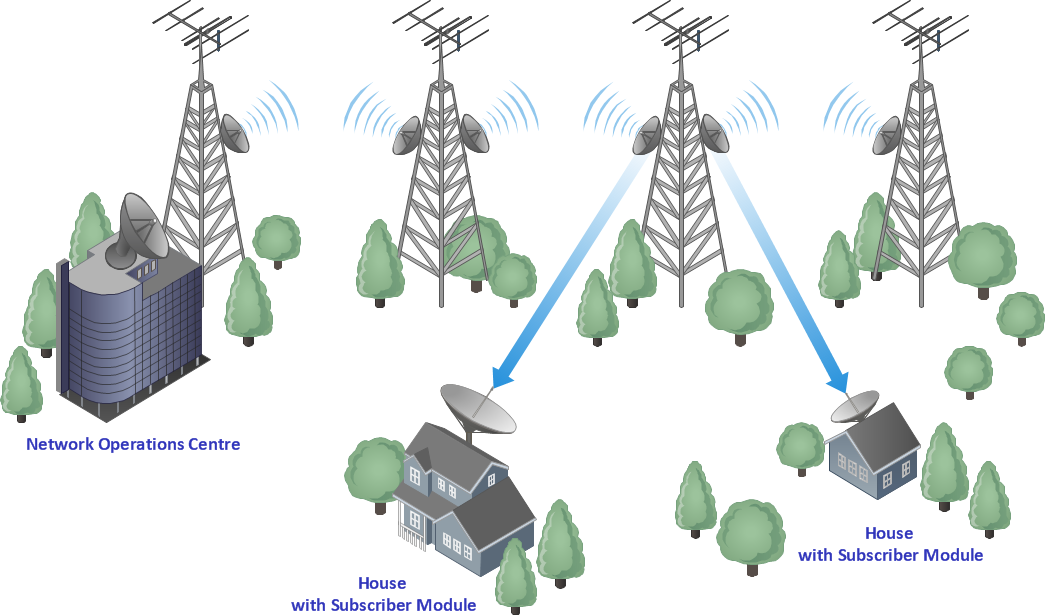 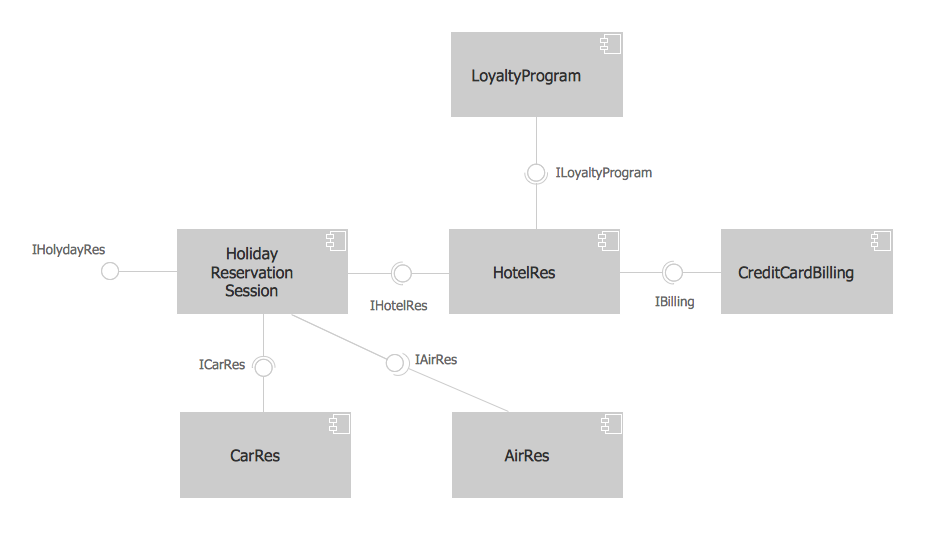