Computer Networks includes a Network Hubs that is a device for connecting multiple Ethernet devices together and making them act as a single network segment. ConceptDraw has numerous pre-designed Network Hubs for all possible types of networks: 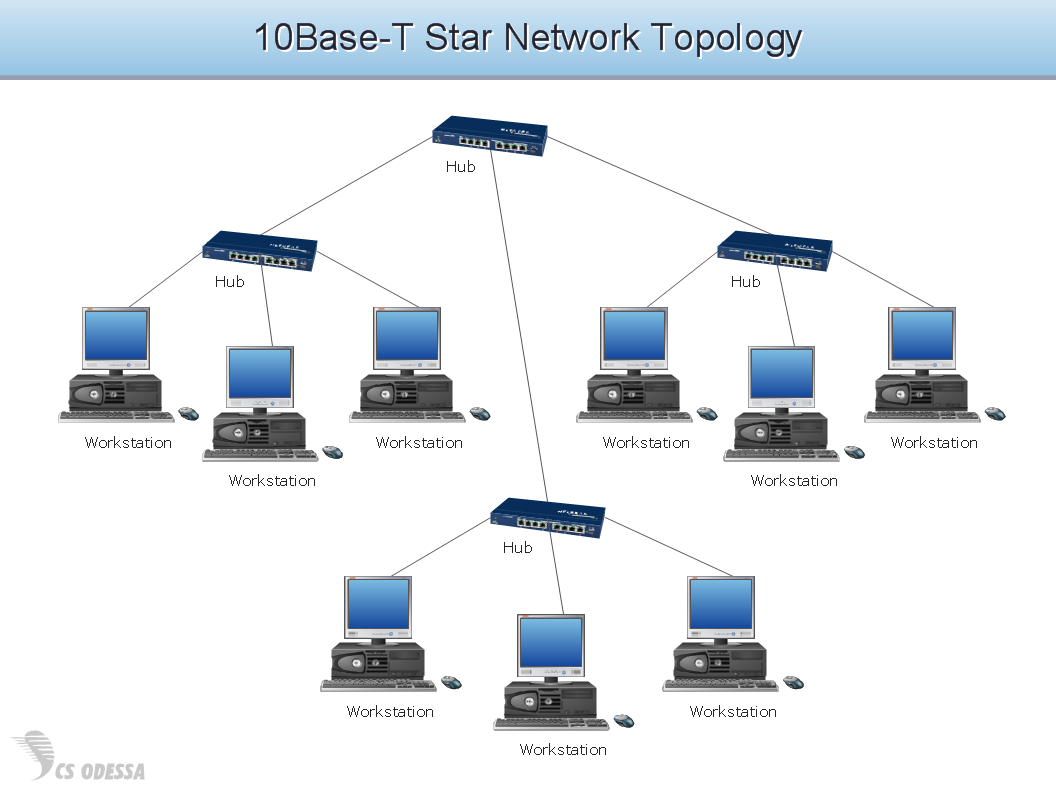 Use ConceptDraw DIAGRAM program with of Computer & Networks solution as tools to draw professional-looking network diagrams quickly and easily, and to clearly present and communicate it to IT and telecom engineers, stakeholders and end-users.