Computer networks in some of cases need to design network diagram to ensure that you have sufficient bandwidth to run your business data under all conditions, especially during peak loads.

ConceptDraw has possibility to draw Network Diagrams for Bandwidth management with pre-designed network graphic elements from all possible types of networking equipment: 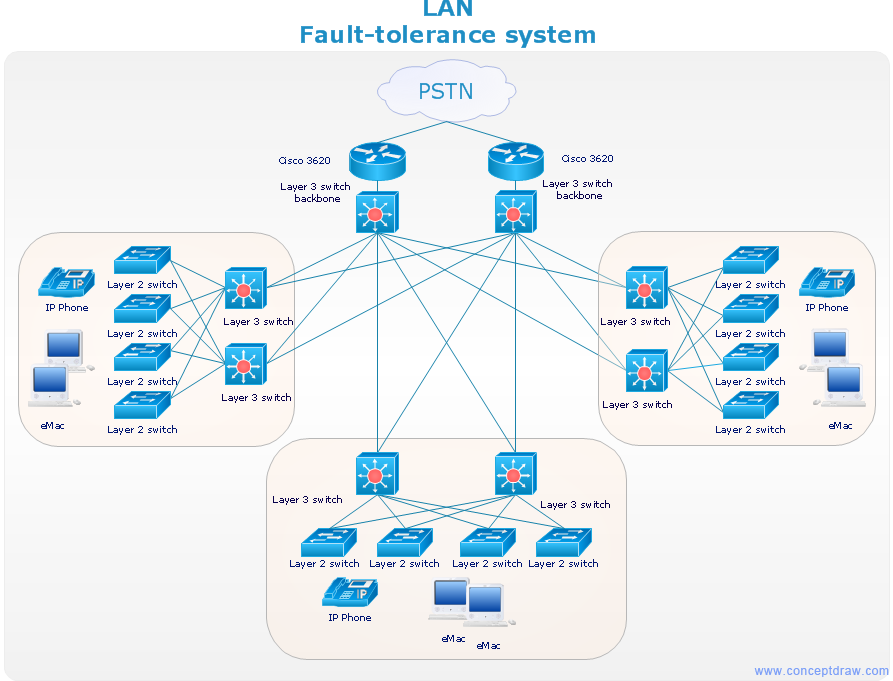