ConceptDraw has 10+ templates and 30+ examples for drawing the Network Diagrams . Network Diagrams can illustrate network protocol structure that defines rules of communications between network devices. Network protocols include mechanisms for devices to identify and make connections with each other. With more than 2 000 pre-designed network elements you can design your own Network Diagrams of the simple LAN, WAN, etc. 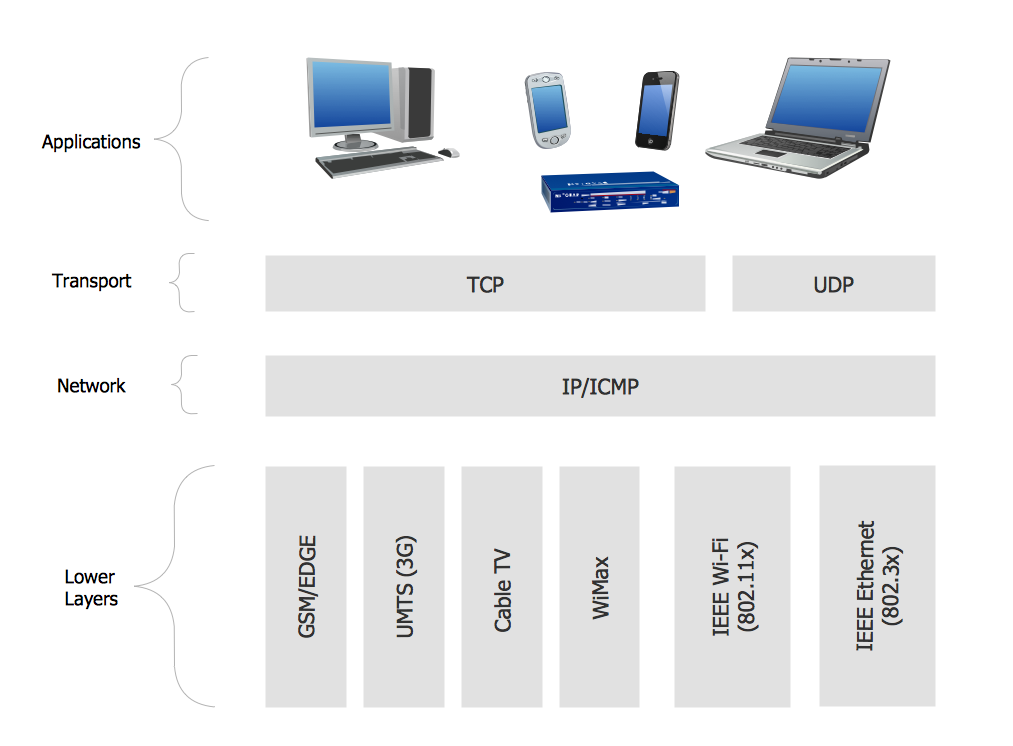 Software-Defined Networking (SDN) is a new powerful concept for decision these problems. SDN proposes to disaggregate the traditional networking stacks that are vertically integrated to customize the network operations for specialized environments and improve network service velocity. On this example you can see the Software-Defined Networking (SDN) diagram that was created in ConceptDraw DIAGRAM using the Computer and Networks Area of ConceptDraw Solution Park.