Network Layout Diagrams visualize the telecommunication and computer network topology and layout. They are used by IT professionals and corporate IT departments, network and system administrators to visually document the layout of computer networks. ConceptDraw has 1004 vector stencils in the 40 libraries that helps you to start using software for designing your own Network Layout Diagrams. You can use the appropriate stencils from Computer and Network Diagrams object libraries. 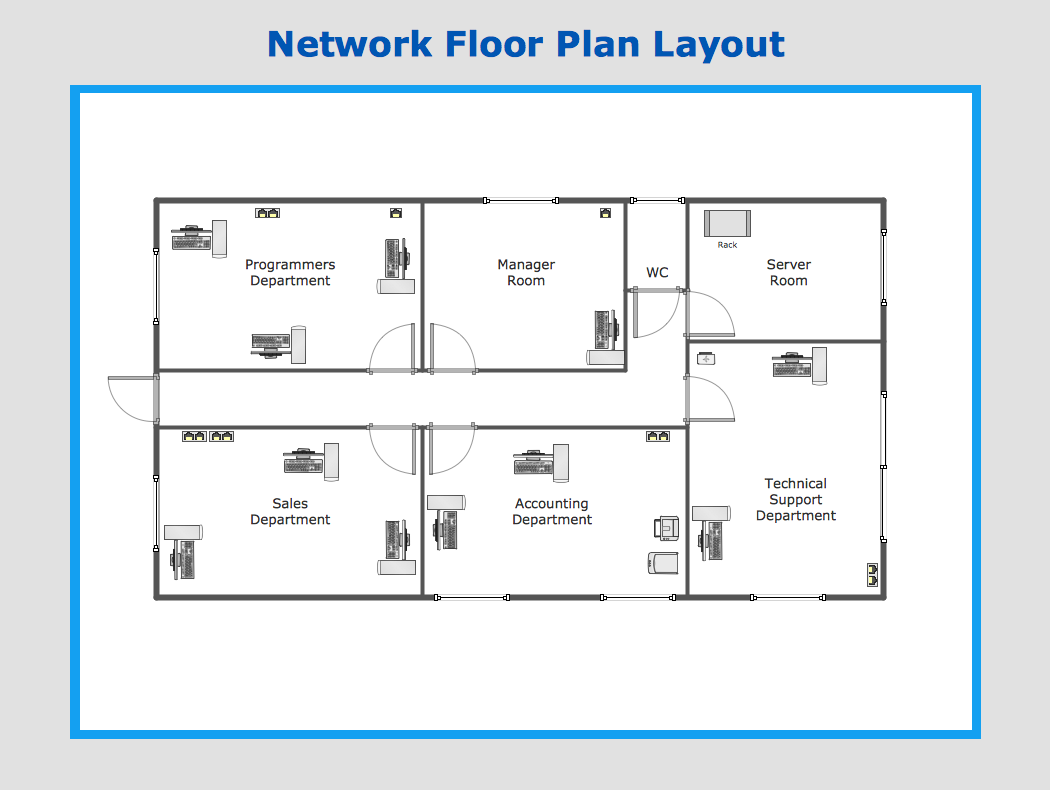 Use ConceptDraw DIAGRAM diagramming and vector drawing software enhanced with Computer and Networks solution to draw your own network layout diagrams that show LAN and WAN architecture, topology and design against the floor plans.

ConceptDraw DIAGRAM diagramming and network drawing software extended with Network Layout Floor Plans Solution from the Computer and Networks Area is the best for visually representing and explaining the basic network concepts. 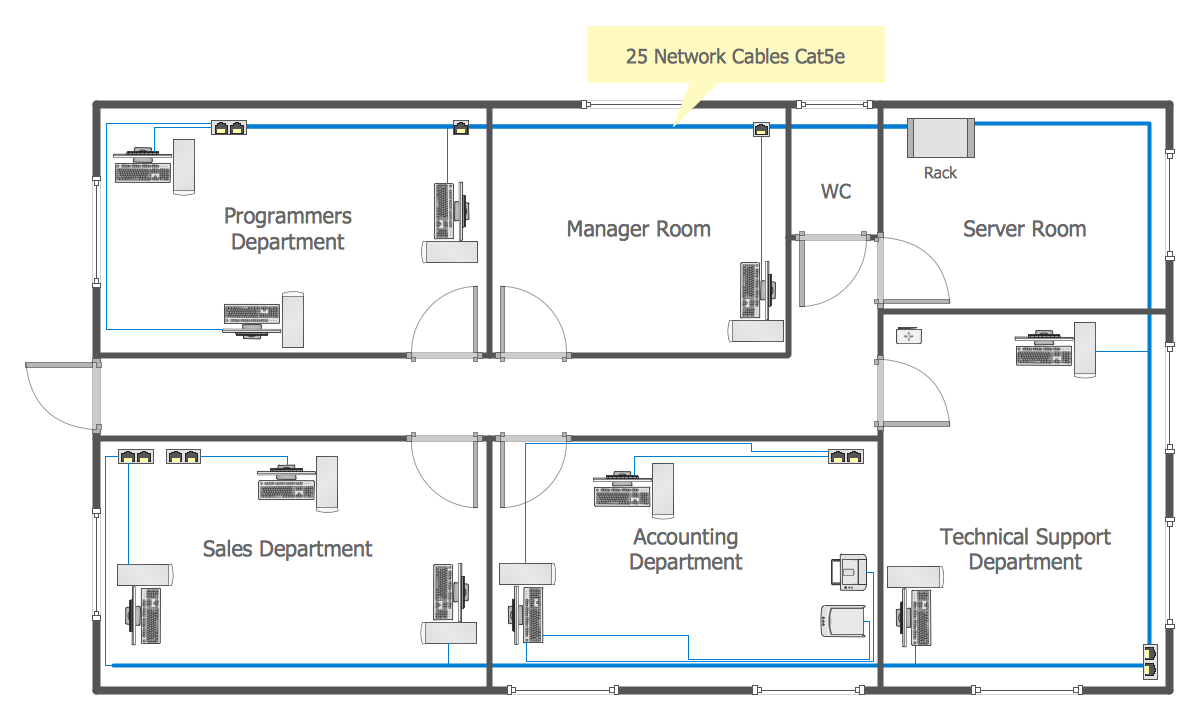