ATM technology is designed for improvement the quality of service and utilization on the high-traffic networks. ATM works on the data link layer over twisted-pair cable or fiber.

ATMs use the asynchronous time-division multiplexing and encode the data into the cells (the small fixed-sized packets). ATM networks have the cells of the fixed size and no routing, so they can easier manage the bandwidth than Ethernet.

ConceptDraw DIAGRAM is a powerful network diagramming and vector drawing software that provides the Computer and Networks solution with wide set of ready-to-use predesigned vector stencils and examples to help you design the ATM Networks quick and easy. 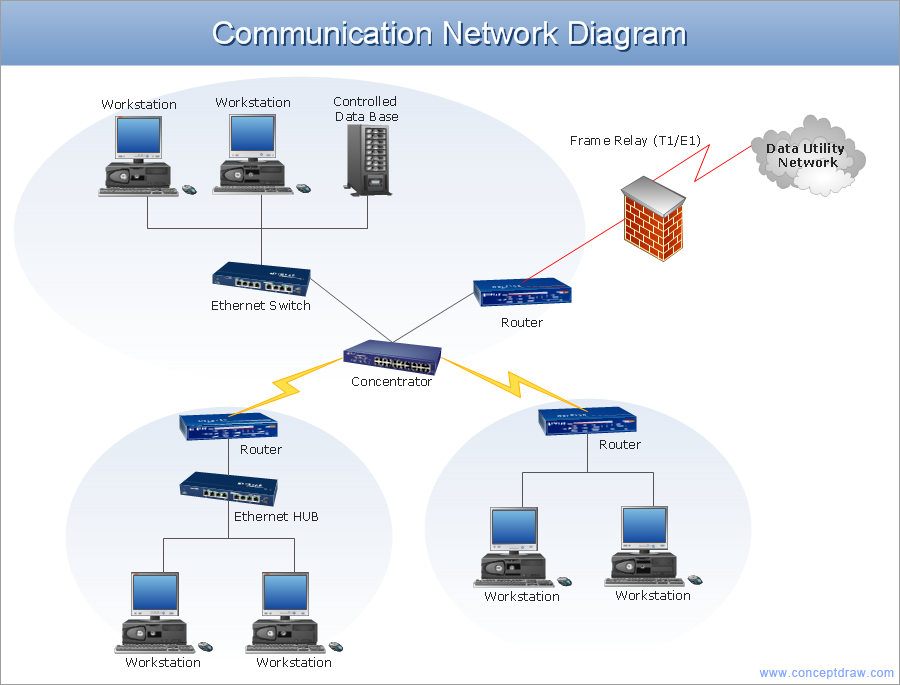