"In physics, length contraction is the phenomenon of a decrease in length measured by the observer of an object which is traveling at any non-zero velocity relative to the observer. This contraction (more formally called Lorentz contraction or Lorentz-FitzGerald contraction after Hendrik Lorentz and George FitzGerald) is usually only noticeable at a substantial fraction of the speed of light. Length contraction is only in the direction parallel to the direction in which the observed body is travelling. This effect is negligible at everyday speeds, and can be ignored for all regular purposes. Only at greater speeds does it become relevant." [Length contraction. Wikipedia]
The educational infogram "Length contraction" was created using the ConceptDraw PRO diagramming and vector drawing software extended with the Education Infographics solition from the area "Business Infographics" in ConceptDraw Solution Park.
Educational infogram 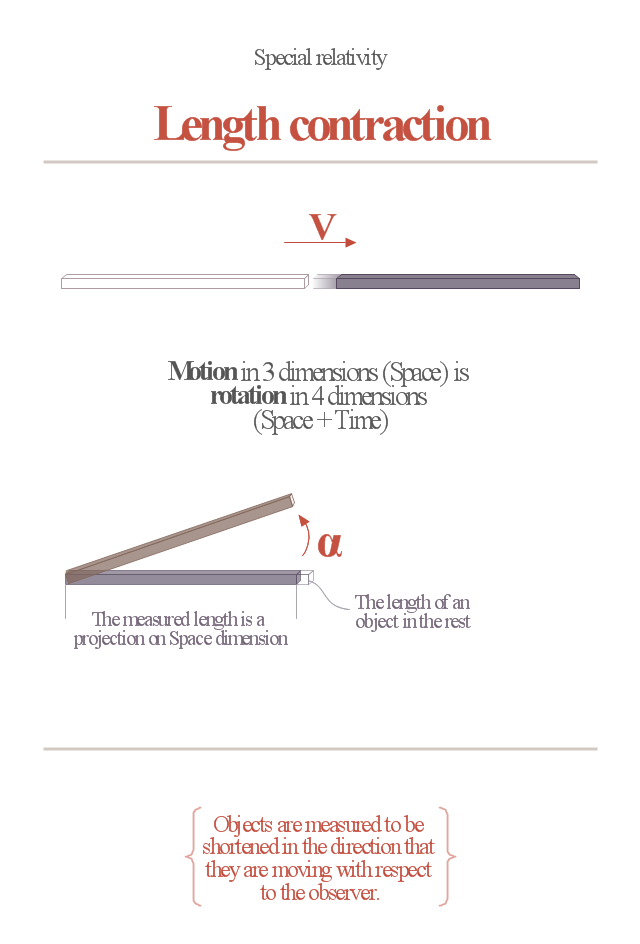 The Education Information is multifariuos and can be often represented in various forms. Еру the most successful ways of presentation the information and data are various illustrations, diagrams and colorful education infographics which you can easily make in ConceptDraw PRO software extended with Education Infographics Solution from the Business Infographics Area. 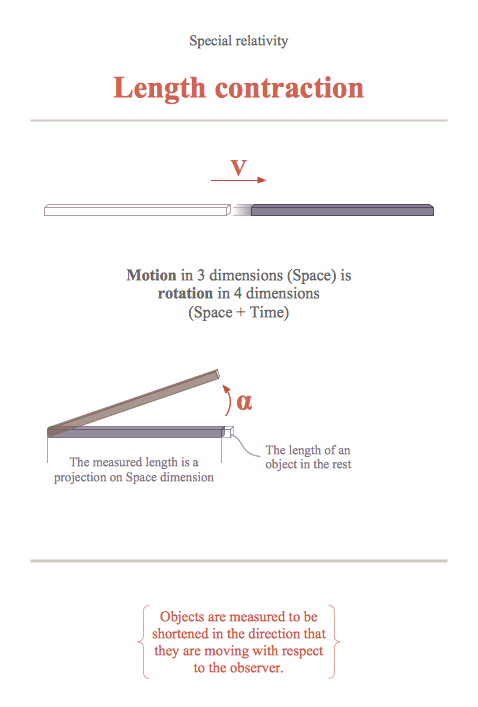