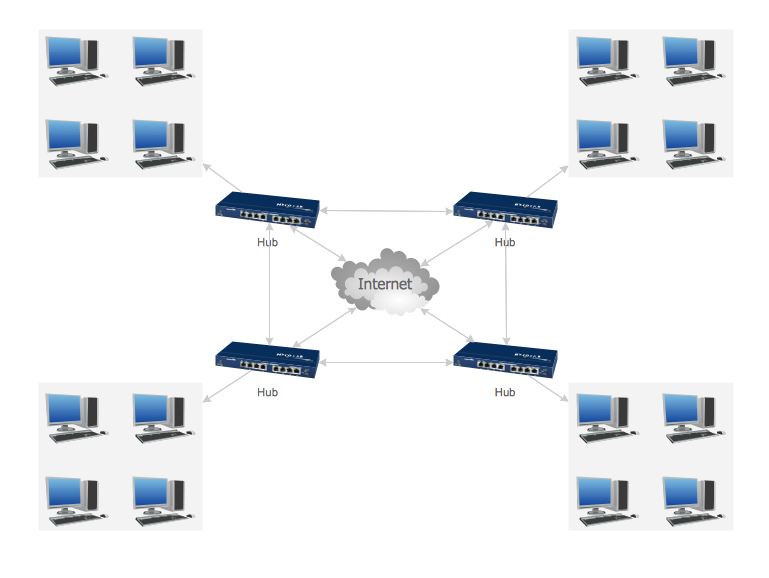 On this sample is represented the grid network topology.

Mind map that can be useful for organizing a daily schedule. 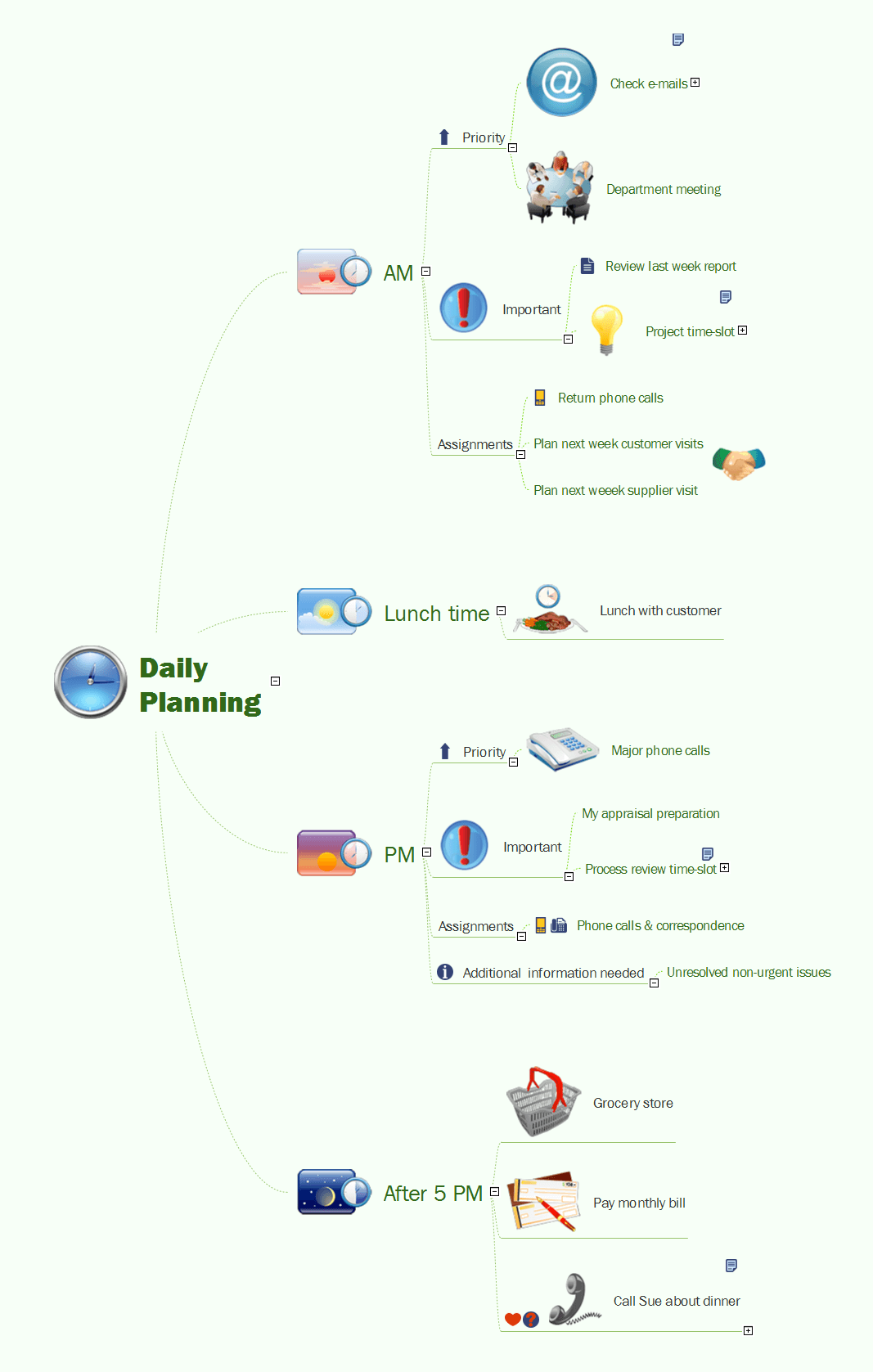 With best content of the ConceptDraw Wireless Network solution that includes more than fifty pre-designed vector stencils network engineers can illustrate the Wireless Network Connection of a buildings. 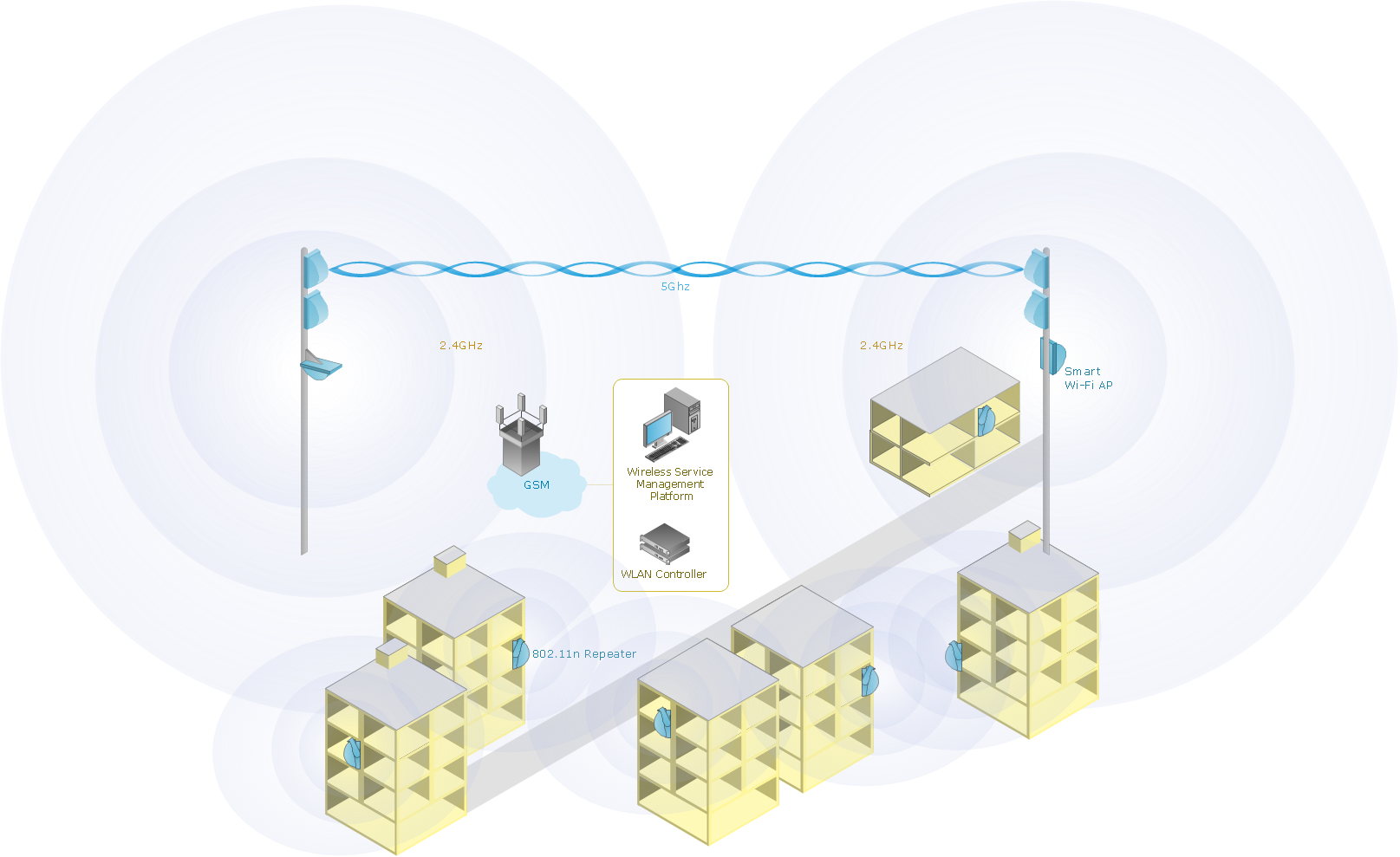