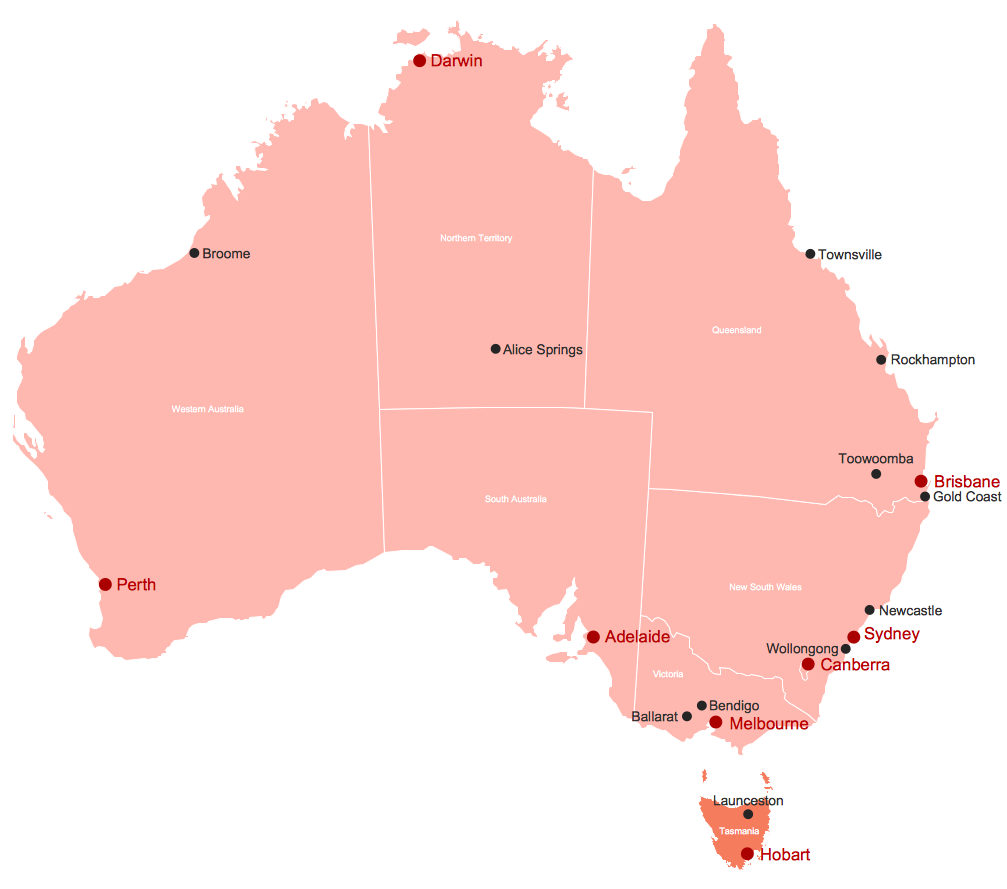 Example 1. Tasmania on Map of Australia

Australia Map Solution from the Maps Area of ConceptDraw Solution Park offers great number of predesigned examples and samples which give you the excellent start for your own professional looking map of Australia, maps of six Australia states, three mainland territories and seven external territories. 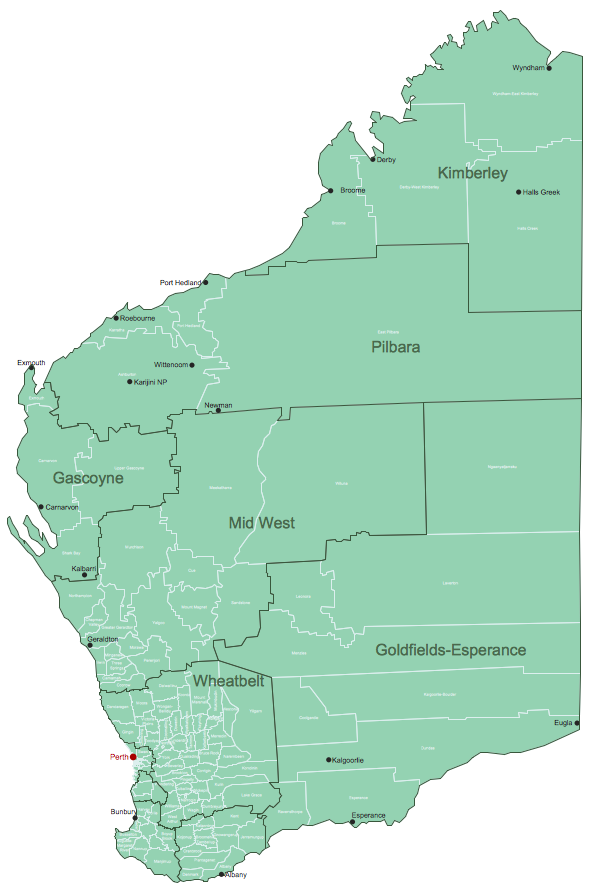 Australia Map solution provides also Australia Map library with 8 ready-to-use vector elements. Each of these objects have incredibly useful action menu with possibility to show/hide states and their names, capitals and major cities, regions, LGAs and their names. Note that the list of action possibilities differs according of object. 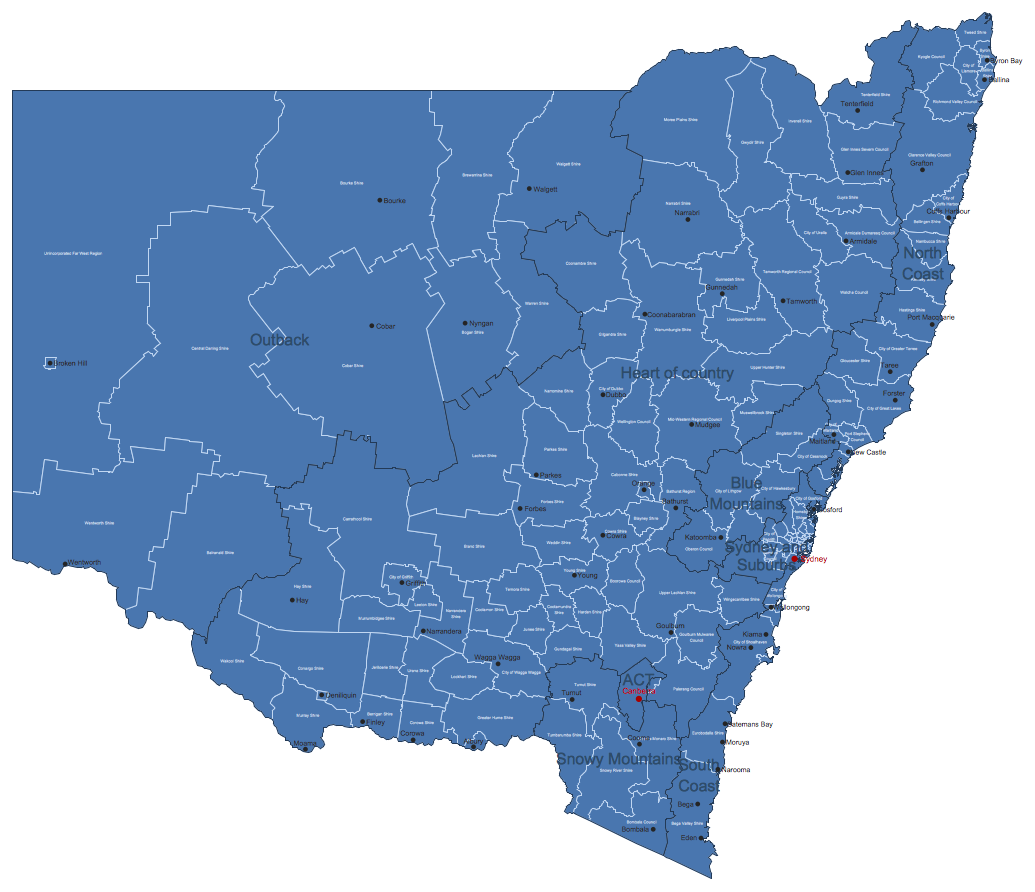 The samples you see on this page were created in ConceptDraw DIAGRAM software using the tools of Australia Map solution. Each of these samples is a professionally designed Map of Australia state. An experienced user spent 10 minutes creating every of these maps, you can find them in ConceptDraw STORE.

Use the Australia Map solution for ConceptDraw DIAGRAM software to design your own map of Australia and maps of Australia states fast, easy and effective.

All source documents are vector graphic documents. They are available for reviewing, modifying, or converting to a variety of formats (PDF file, MS PowerPoint, MS Visio, and many other graphic formats) from the ConceptDraw STORE. The Australia Map Solution is available for all ConceptDraw DIAGRAM or later users.

Victoria (abbreviated as Vic) is a state in the south-east of Australia. Victoria is Australia's most densely populated state and its second-most populous state overall. Maps surround us everywhere in our life, study, work, traveling, they are widely used in geography, history, politics, economics, and many other fields of science and life activity. But designing of maps is usually complex and labor-intensive process. Now we have the possibility to make easier this process - ConceptDraw DIAGRAM diagramming and vector drawing software extended with Australia Map Solution from the Maps Area of ConceptDraw Solution Park will help us in easy drawing detailed Australia map. 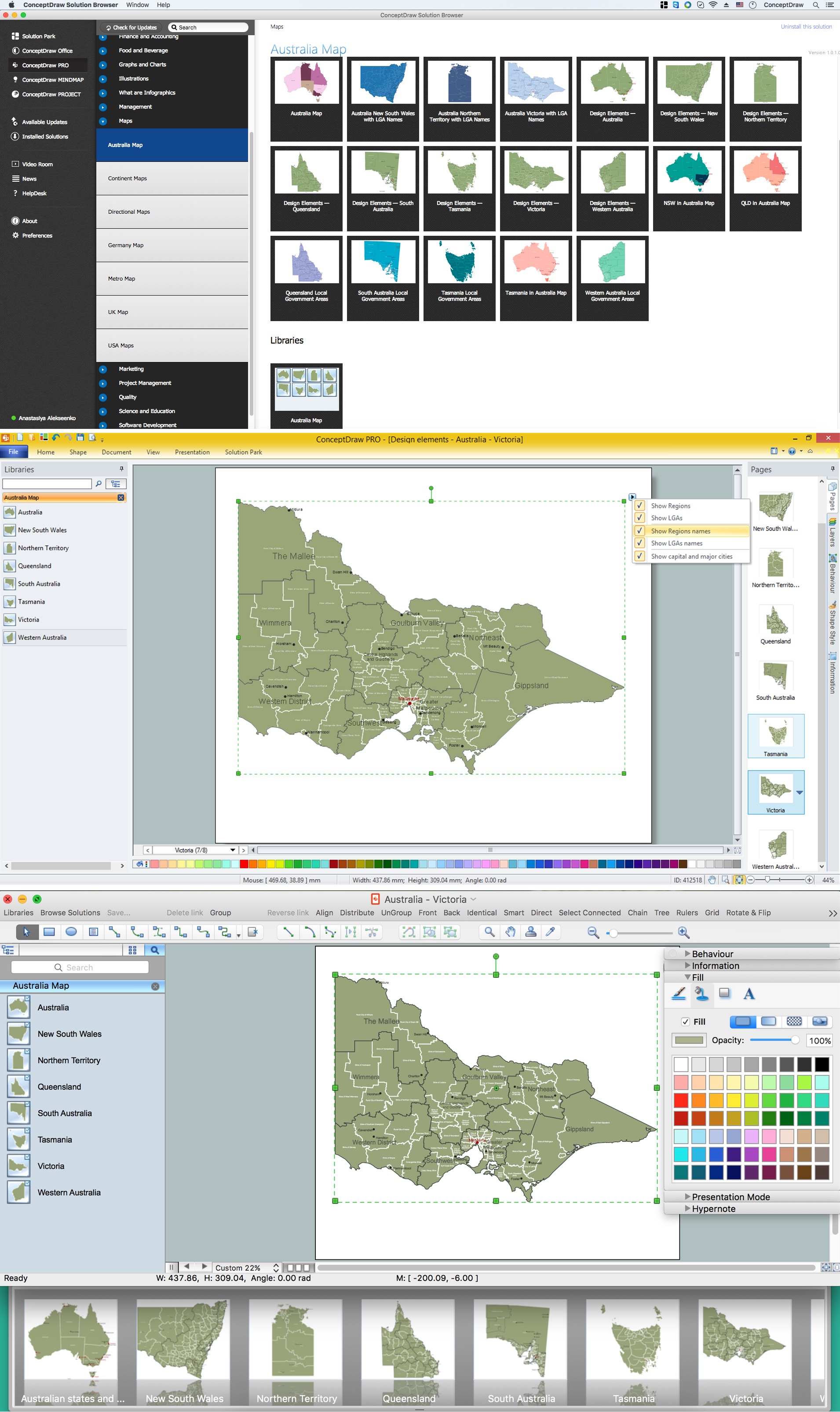 Massachusetts, officially the Commonwealth of Massachusetts, is a state in the New England region of the northeastern United States. The vector stencils library Massachusetts contains contours for ConceptDraw DIAGRAM diagramming and vector drawing software. This library is contained in the Continent Maps solution from Maps area of ConceptDraw Solution Park. 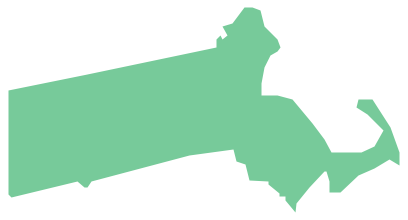