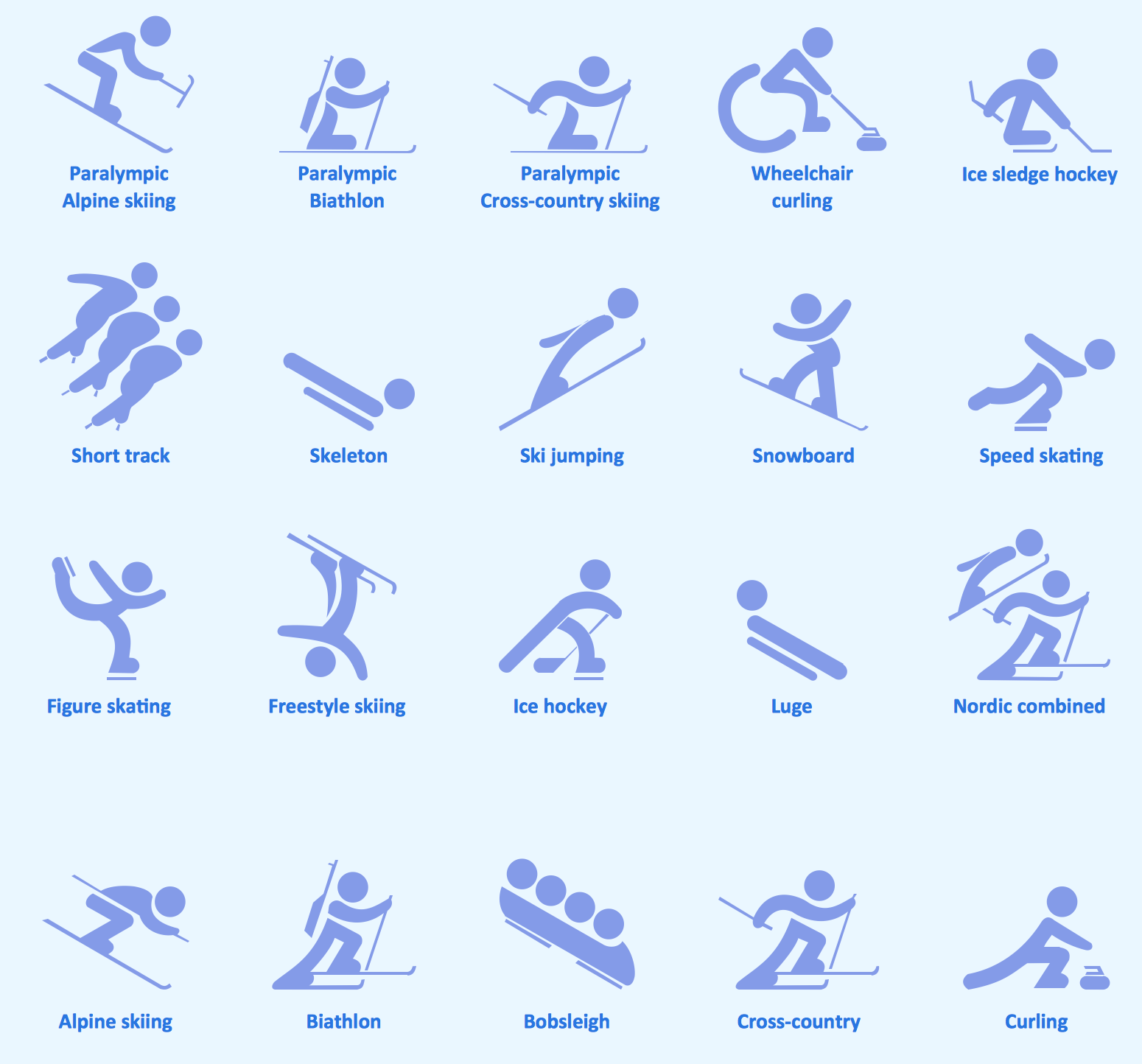 "Skeleton at the 2014 Winter Olympics will be held at the Sliding Center Sanki near Krasnaya Polyana, Russia. The events will be held between 13 and 15 February 2014. A total of two skeleton events will be held. ...
Women's singles runs.
Men's singles runs.
A total of 50 quota spots are available to athletes to compete at the games. A maximum 30 men and 20 women may qualify. The qualification is based on the world rankings of January 18, 2014." [Skeleton at the 2014 Winter Olympics. Wikipedia]
The vector illustration "Winter Olympics - Skeleton" was created using the ConceptDraw PRO diagramming and vector drawing software extended with the Winter Sports solution. The Winter Sports solution from the Sport area of ConceptDraw Solution Park contains the Sochi 2014 Winter Olimpics sports vector pictograms and clipart libraries and examples of diagrams, illustrations and infographics.
www.conceptdraw.com/ solution-park/ sport-winter 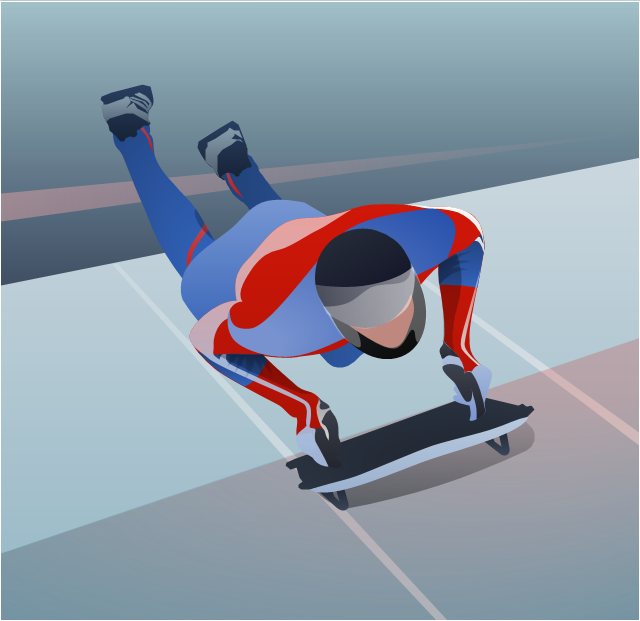