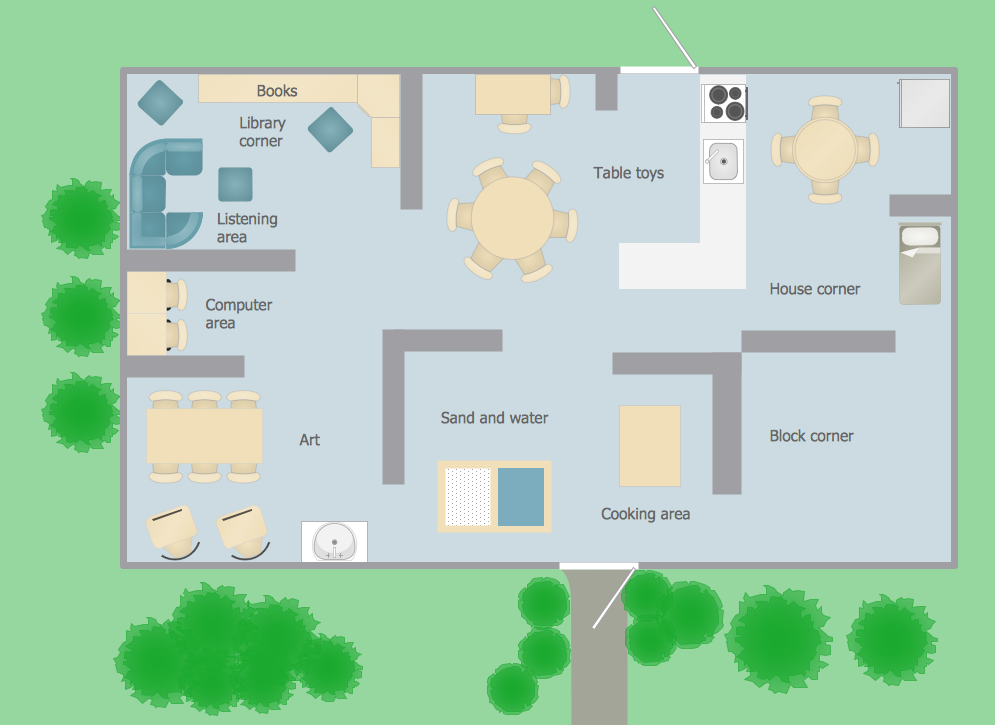 You need design the Classroom Layout for the school, high-school, university? Now it's incredibly easy to do this in ConceptDraw PRO software which was supplied with School and Training Plans Solution from the Building Plans Area.

This sample was created in ConceptDraw PRO diagramming and vector drawing software using the Computer and Networks solution from Computer and Networks area of ConceptDraw Solution Park.
A communication network topology is defined by the evaluating costs of the states. Each state represents the possible distribution of the hubs and remote nodes to nodes of the communication network.