Any data model can be described as an abstract model that is used for organizing different elements of data, standardizing the way how they relate to each other as well as to the properties of the real-world entities.

An example of a data model may be specifying that the data element is the one representing a car that should be composed of a number of other elements. Such elements are known to be representing both the colour and size of this car, defining its owner.

The term “data model” can be used in two closely related senses, being referred to an abstract formalization of the relationships and objects that are found in some particular application domain, such as the products, the customers and the orders that can be found in any manufacturing organization.

“Data model” term can also refer to a set of the different concepts that are used in defining different formalizations, such as the concepts (e.g., attributes, relations, tables, entities, etc.). Any "data model" of any banking application is the one that may be defined by using the "data model" that is known to be an entity-relationship one.

A data model is what can determine the structure of data as a whole. Different data models can be specified in any data modeling notation, which can be often graphical in its form. Any data model can sometimes also be referred to as a so-called “data structure”. It can especially happen in the context of the different programming languages. Data models can be also often complemented by the different function models, especially in the context of the enterprise ones. 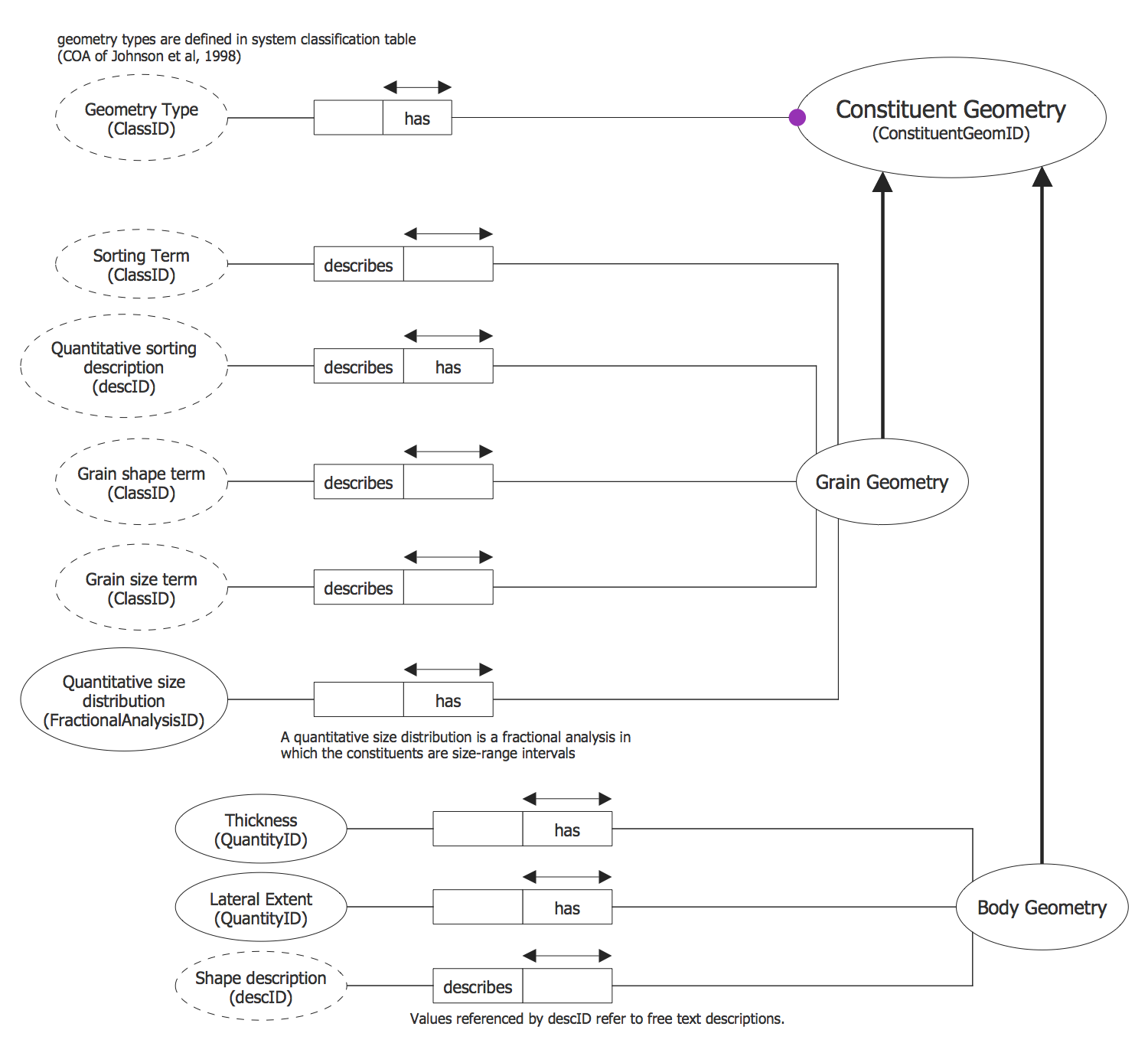 Managing large quantities of either structured or unstructured data is known to be a primary function of any information system. Data models are those which describe the manipulation, the integrity aspects of the data that is stored in data management systems (e.g., relational databases) and structure. Such data models usually do not describe any unstructured data, such as email messages, word processing documents, video pictures and digital audio.

The main aim of any data model is to support the development of the needed information system in a way of providing the definition and format of data. In case it is done consistently across the systems then the needed compatibility of data can be achieved. In case the same data structures are being used for storing and accessing data then different applications can share it.

It is a well-known fact that both interfaces and systems often cost more than they should as it is necessary to build, to operate and to maintain them, so they can also constrain the business instead of supporting it. The quality of the data models that were previously implemented in systems and interfaces is usually poor.

Those business rules that are specific to how the things should be done in a particular place, can be often fixed in the structure of a data model, meaning that all the small changes in the way business is conducted may lead to the larger ones in both interfaces and computer systems.

The entity types usually cannot be identified. Most of the time, they are identified incorrectly, leading to the replication of data structure, functionality and data, including the attendant costs of that duplication in both maintenance and development.

Data can never be shared electronically with suppliers and customers for a reason of the meaning of data and the structure being unstandardized. Thus, any engineering design data and drawings for the process plant can still sometimes be exchanged on paper.

The reason for such problems to occur is a lack of standards that can ensure that data models can both meet business needs being consistent. Any data model is known to be determining the whole structure of data. Many database models, enabling the exchange of data and design of the information systems are known to be typical applications of the data models that are often specified in a data modeling language. Any database model is a specification that is known to be describing the way some database is both structured and used. There are a few models that can be mentioned in this article, such as the so-called “flat model” that consists of a single, two-dimensional array of different data elements. All the members of a particular column are known to be similar values and all the members of a row are known to be related to each other. Another model that can be mentioned here is a hierarchical one that is similar to the network model, but the links in the hierarchical one’s are those which form a so-called “tree structure” when the network model allows an arbitrary graph. Network model is another type of the data models that is used for organizing data by using two fundamental constructs — sets and records. The last-mentioned records are known for containing different fields. The sets, though, are known to be defining the so-called one-to-many relationships between records such as having only one owner and many members. A network data model is simply an abstraction of the design concept which is used in the implementation of the databases. 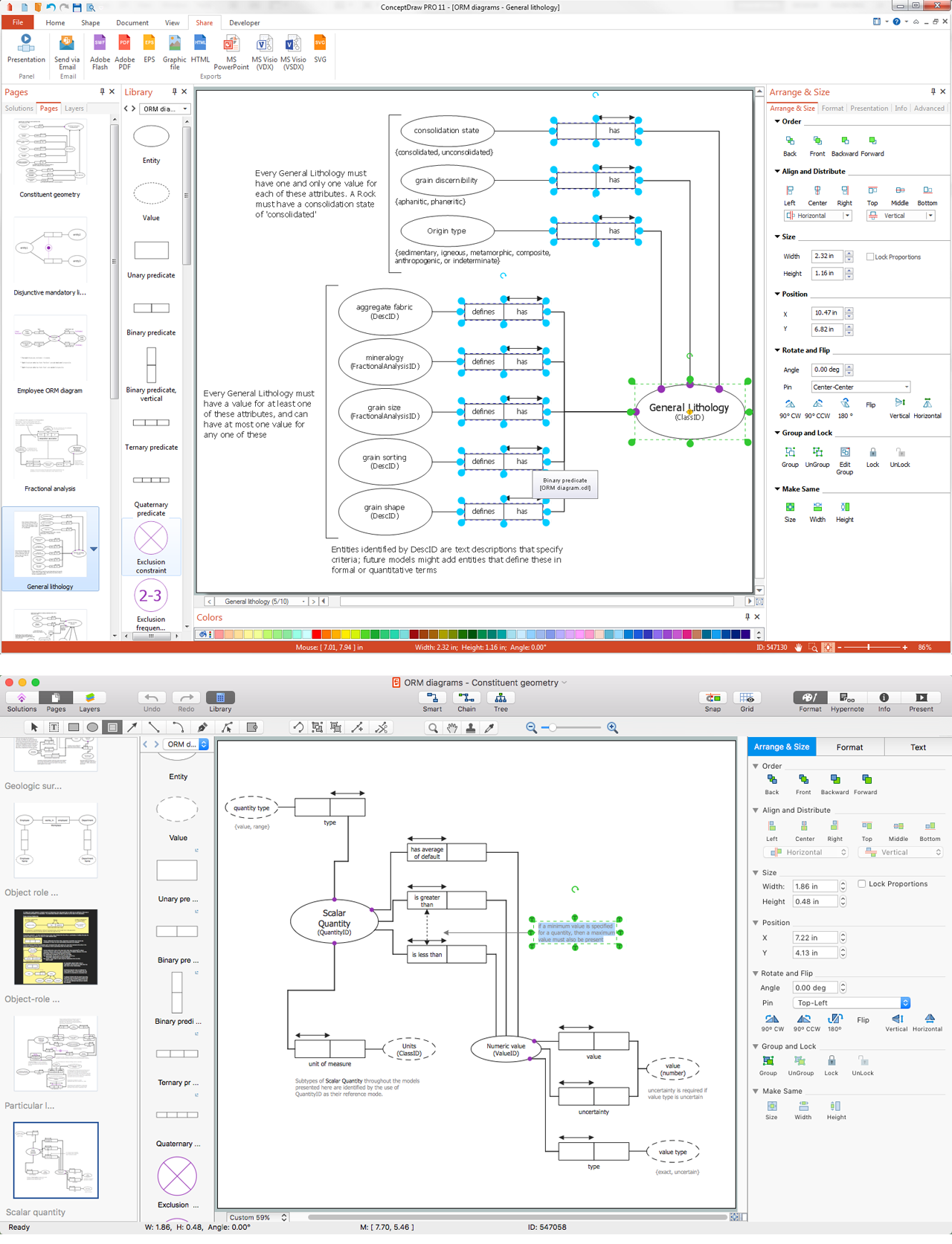 Microsoft Azure is widely used cloud platform which was created by Microsoft and now is managed by Microsoft datacenters in 19 regions of the world, and has a wide set of benefits and features. ConceptDraw DIAGRAM diagramming and vector drawing software extended with Azure Architecture Solution from the Computer and Networks area of ConceptDraw Solution Park is the best for designing various pictorial infographics, illustrations and materials showing the possibilities and work of Microsoft Azure Cloud System and Azure services. 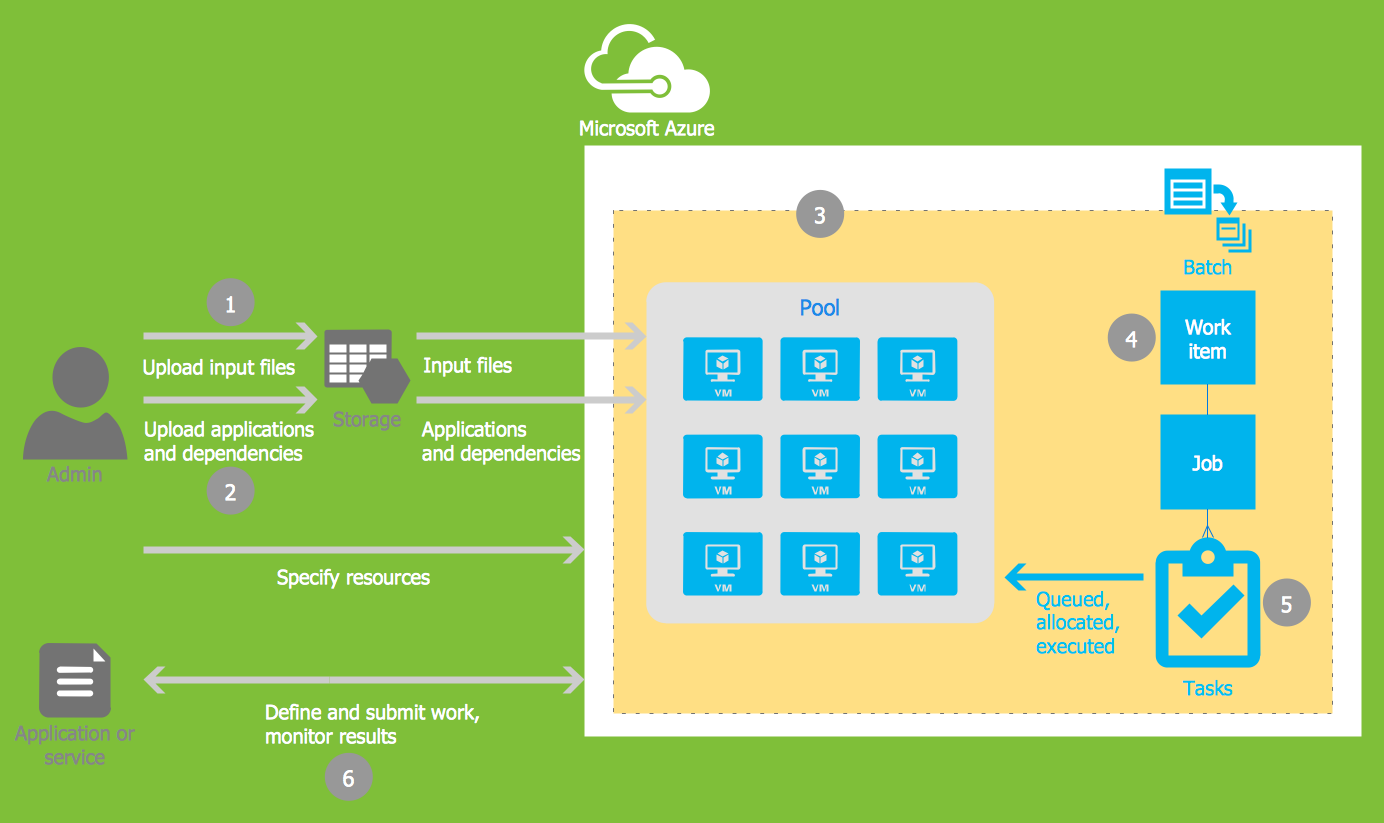