ConceptDraw has 142 vector stencils in the 8 libraries that helps you to start using Diagramming Software for designing own Business Process Diagrams. 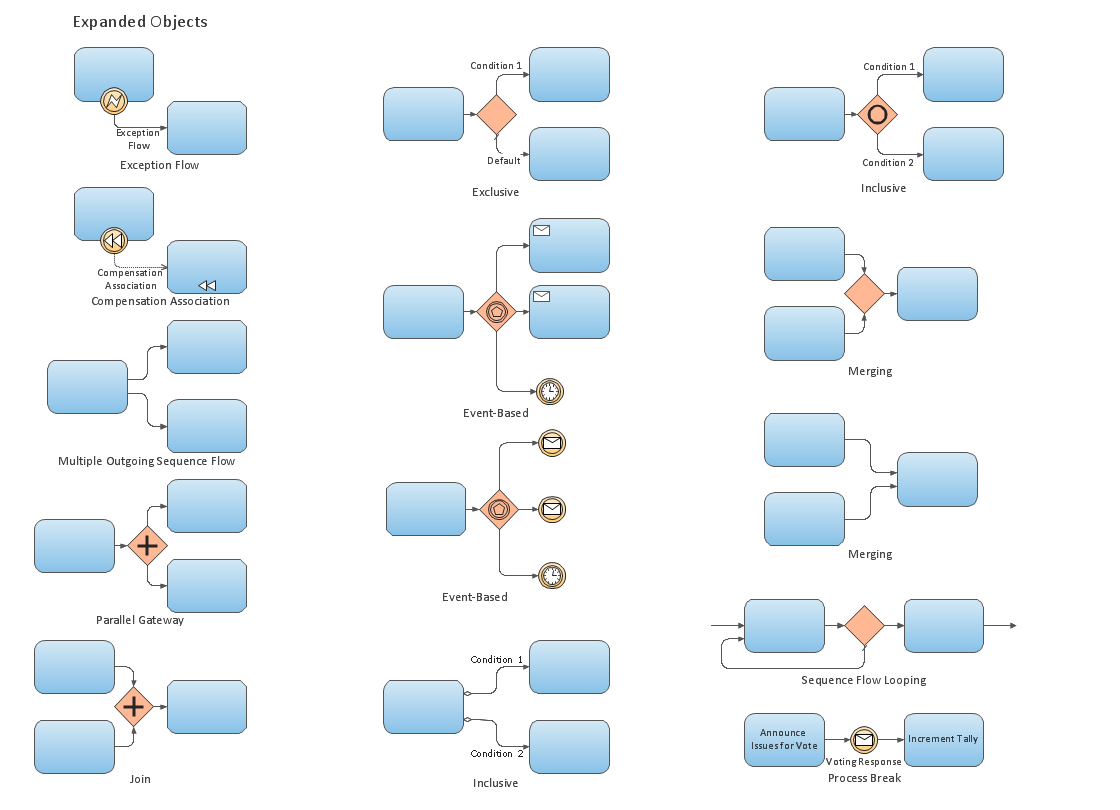 Use the design elements from Expanded Objects library in your BPMN 2.0 diagrams to show all flow objects, connecting objects, and artifacts for additional levels of business process detail.