"The curling competition of the 2014 Winter Olympics will be held at the Ice Cube Curling Center, nicknamed "the Ice Cube." It is the sixth time that curling will be on the Olympic program. In both the men's and women's competitions, ten nations will compete. These two events are scheduled for February 10–21, 2014.
Qualification to the curling tournaments at the Winter Olympics will be determined through two methods. Nations may qualify teams by earning qualification points from performances at the 2012 and 2013 World Curling Championships. Nations may also qualify teams through an Olympic qualification event to be held in the fall of 2013. Seven nations will qualify teams via World Championship qualification points, while two nations will qualify through the qualification event. As host nation, Russia will qualify teams automatically, thus making a total of ten teams per gender in the curling tournaments.
At the Olympic qualifying event held December 11 to 15, 2013 in Füssen, Germany, the top two teams in the event qualified their nations to participate in the Olympics. The qualification event was open to any nations that earned qualification points at the 2012 or 2013 World Curling Championships (as listed above) or participated at the 2011 World Curling Championships (the South Korea men's team and the Norway women's team)." [Curling at the 2014 Winter Olympics. Wikipedia]
The vector illustration "Winter Olympics - Curling" was created using the ConceptDraw PRO diagramming and vector drawing software extended with the Winter Sports solution. The Winter Sports solution from the Sport area of ConceptDraw Solution Park contains the Sochi 2014 Winter Olimpics sports vector pictograms and clipart libraries and examples of diagrams, illustrations and infographics. www.conceptdraw.com/ solution-park/ sport-winter 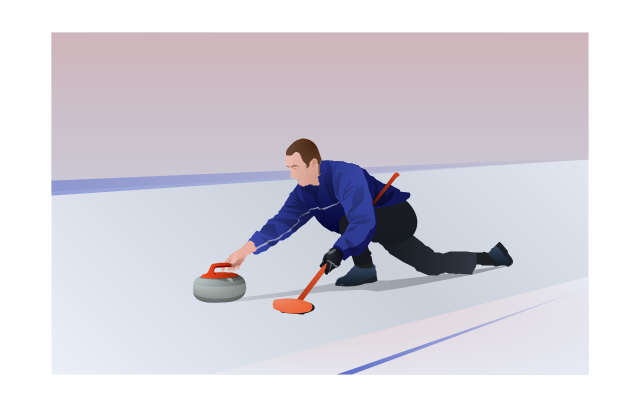 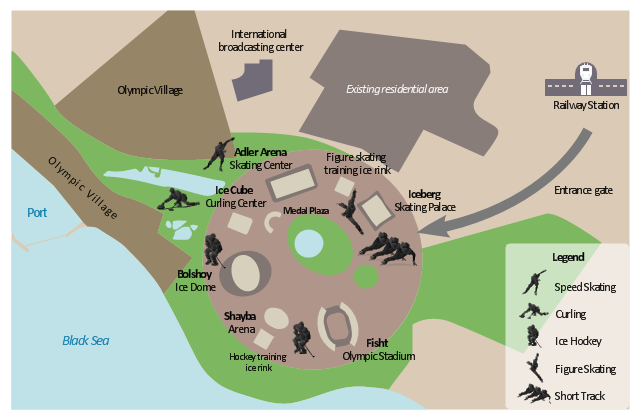