"A movie theater or movie theatre (also called a cinema, movie house, film house, film theater or picture house) is a venue, usually a building, for viewing movies (films).
Most but not all movie theaters are commercial operations catering to the general public, who attend by purchasing a ticket. The movie is projected with a movie projector onto a large projection screen at the front of the auditorium. Most movie theaters are now equipped for digital cinema projection, removing the need to create and transport a physical film print." [Movie theater. Wikipedia]
The cinema seating plan example was created using the ConceptDraw PRO diagramming and vector drawing software extended with the Seating Plans solution from the Building Plans area of ConceptDraw Solution Park.
Seating plan 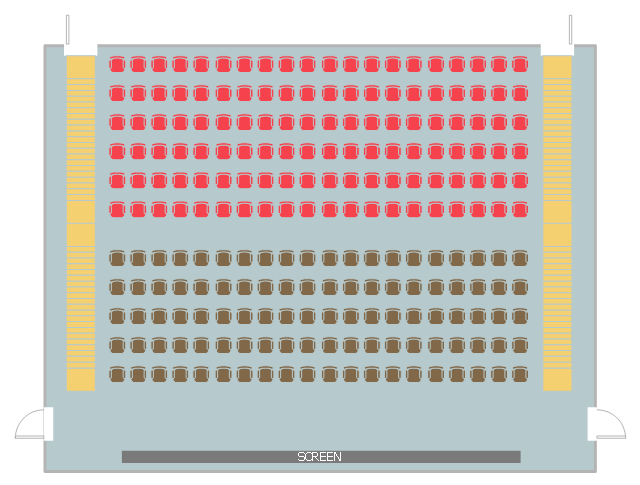