Line chart - Number of airlines departures in the given years 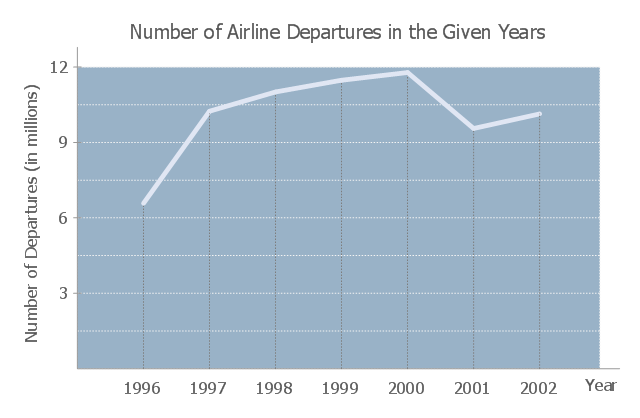 Line chart - Number of airlines departures in the given years

The scatter plots in this visual dashboard example are used to visualize correlations between the air temperature and the cafe business metrics: visitors number, beverage consumption, beverage sale, ice consumption.
"In statistics, dependence is any statistical relationship between two random variables or two sets of data. Correlation refers to any of a broad class of statistical relationships involving dependence. ...
Correlations are useful because they can indicate a predictive relationship that can be exploited in practice. ...
Formally, dependence refers to any situation in which random variables do not satisfy a mathematical condition of probabilistic independence. In loose usage, correlation can refer to any departure of two or more random variables from independence, but technically it refers to any of several more specialized types of relationship between mean values." [Correlation and dependence. Wikipedia]
The example "Air temperature correlations - Cafe dashboard" was created using the ConceptDraw PRO diagramming and vector drawing software extended with the Corellation Dashboard solution from the area "What is a Dashboard" of ConceptDraw Solution Park.
www.conceptdraw.com/ solution-park/ corellation-dashboard 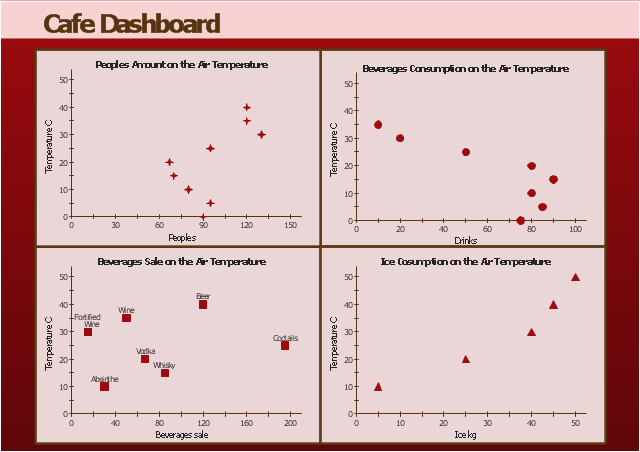