This solution extends ConceptDraw PRO v9.4 and helps to accelerate and simplify software development and design by allowing you to draw UML diagrams and prototype Windows and Mac OS user interfaces.

"In computing, a ribbon is a set of toolbars placed on several tabs. Microsoft products released since 2007 have introduced a form of modular ribbon as their main interface, where large tabbed toolbars, filled with graphical buttons and other controls, are grouped by functionality. Such ribbons use tabs to expose different sets of controls, eliminating the need for many parallel toolbars. Contextual tabs are tabs that appear only when the user needs them. For instance, in a word processor, an image-related tab may appear when the user selects an image in a document, allowing the user to interact with that image.
The usage of the term ribbon dates from the 1980s and was originally used as a synonym for what is now more commonly known as a (non-tabbed) toolbar. However, in 2007, Microsoft Office 2007 used the term to refer to its own implementation of tabbed toolbars bearing heterogeneous controls, which Microsoft calls "The Fluent UI". Thus, Microsoft popularized the term with a new meaning, although similar tabbed layouts of controls had existed in previous software from other vendors. The new design was intended to alleviate the problem of users not finding or knowing of the existence of available features in the Office suite." [Ribbon (computing). Wikipedia]
The example "Microsoft Windows ribbon interface hints" was created using the ConceptDraw PRO diagramming and vector drawing software extended with the Graphic User Interface solution from the Software Development area of ConceptDraw Solution Park.
Home 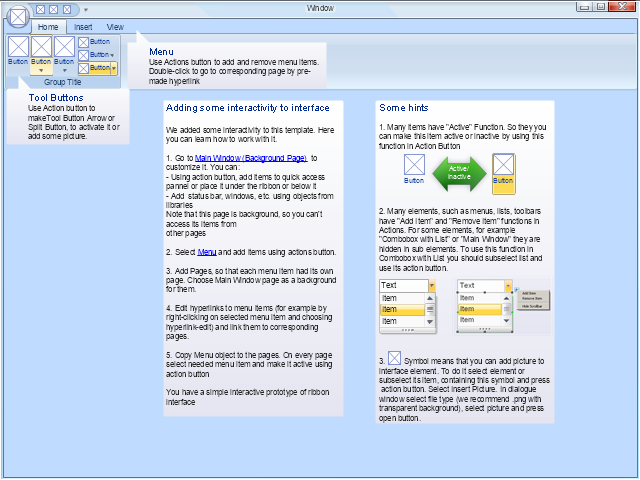 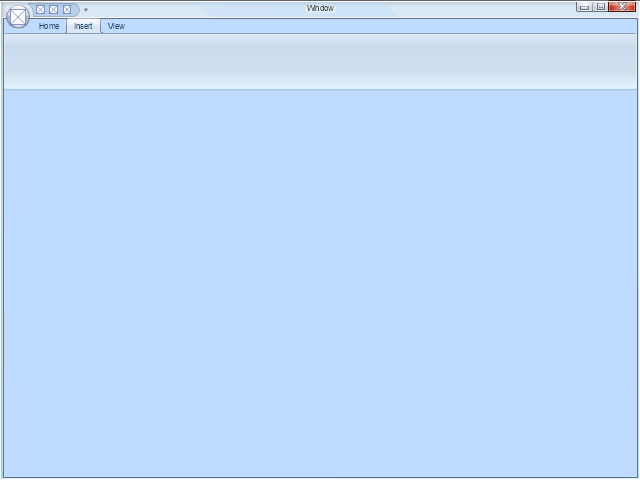 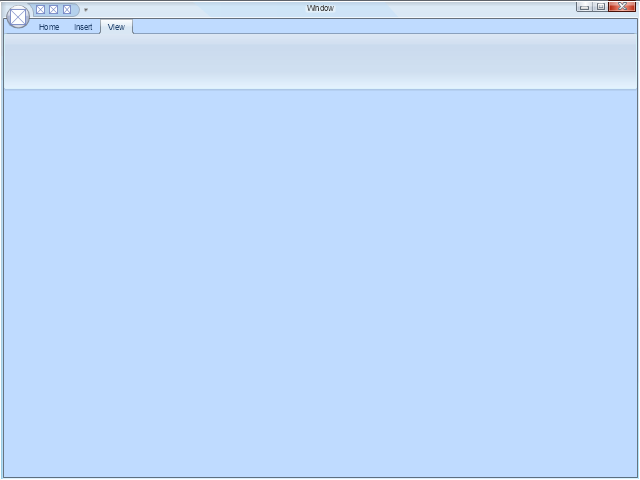