The illustration example "Little known facts about well known gestures" was created using the ConceptDraw PRO diagramming and vector drawing software.
"The most familiar are the so-called emblems or quotable gestures. These are conventional, culture-specific gestures that can be used as replacement for words, such as the handwave used in the US for "hello" and "goodbye". A single emblematic gesture can have a very different significance in different cultural contexts, ranging from complimentary to highly offensive. The page List of gestures discusses emblematic gestures made with one hand, two hands, hand and other body parts, and body and facial gestures." [Gesture. Wikipedia]
This illustration example is included in the People solution from the Illustration area of ConceptDraw Solution Park.
Infographics 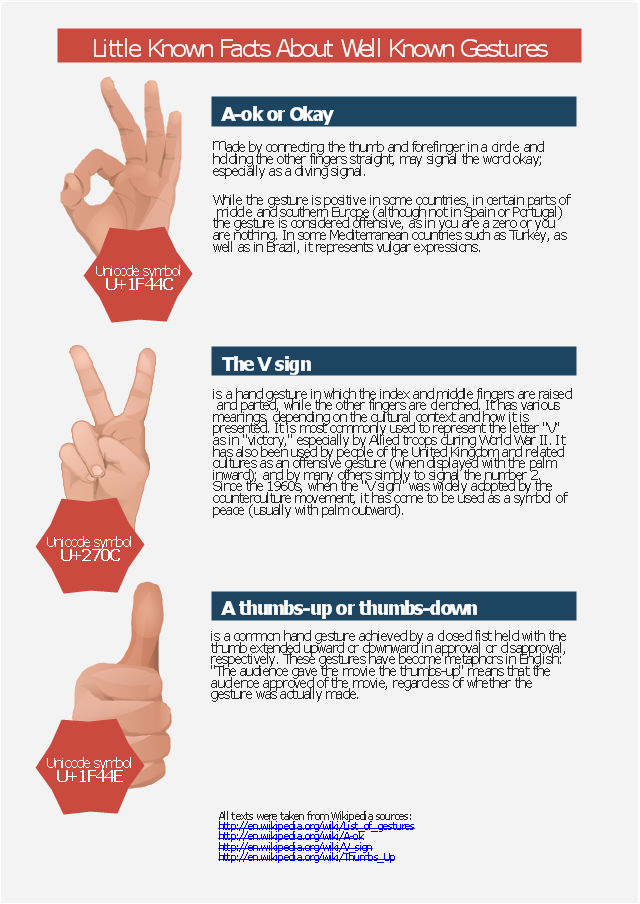