Concepts and relationship in the geopolitical ontology

This concept map example shows concepts and relationship in the geopolitical ontology.
"A geopolitical ontology is a mechanism to describe, manage and exchange data related to geopolitical entities such as countries, territories, regions and other similar areas. ...
An Ontology is a kind of dictionary that describes information in a certain domain using concepts and relationships. It is often implemented using OWL (Web Ontology Language), an XML-based standard language that can be interpreted by computers." [Geopolitical ontology. Wikipedia]
This concept map example was redesigned from the Wikimedia Commons file: Concepts November 19 2008 v 2.png. [commons.wikimedia.org/ wiki/ File:Concepts_ November_ 19_ 2008_ v_ 2.png]
This file is licensed under the Creative Commons Attribution-Share Alike 3.0 Unported license. [creativecommons.org/ licenses/ by-sa/ 3.0/ deed.en]
The example "Concepts and relationship in the geopolitical ontology" was created using the ConceptDraw PRO diagramming and vector drawing software extended with the Concept Maps solution from the area "What is a Diagram" of ConceptDraw Solution Park.
Concept map

Used Solutions
What is a Diagram >
Concept Maps
HelpDesk

How to Create a Concept Map in ConceptDraw PRO 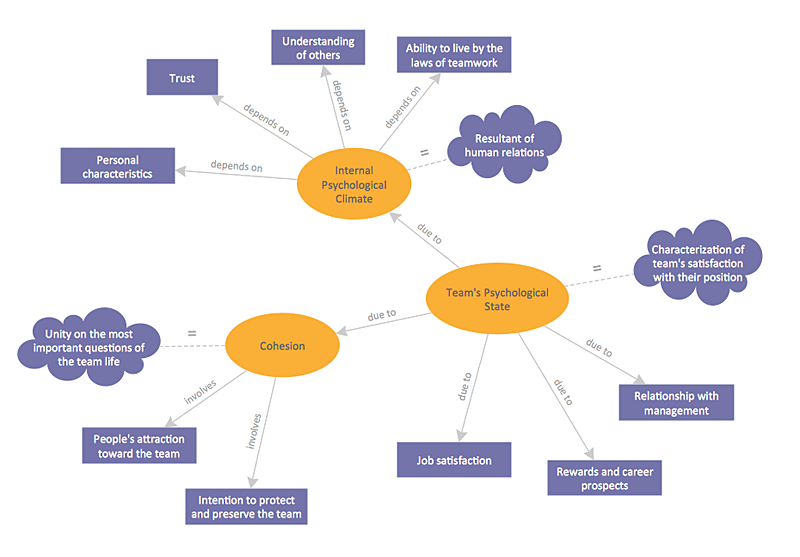 Graphical technique of knowledge representation in a form of structured networks of concepts (ideas) is called concept mapping. Concept network consists of shapes that represent concepts and connectors representing relationships between concepts. The difference between mind maps and concept maps is that a mind map has only one object depicting a main idea , while a concept map may have several. Concept mapping is used to structure ideas, to communicate complex system of knowledge, to help learning process, etc. ConceptDraw PRO allows you to draw concept maps using the Concept Map solution.
HelpDesk 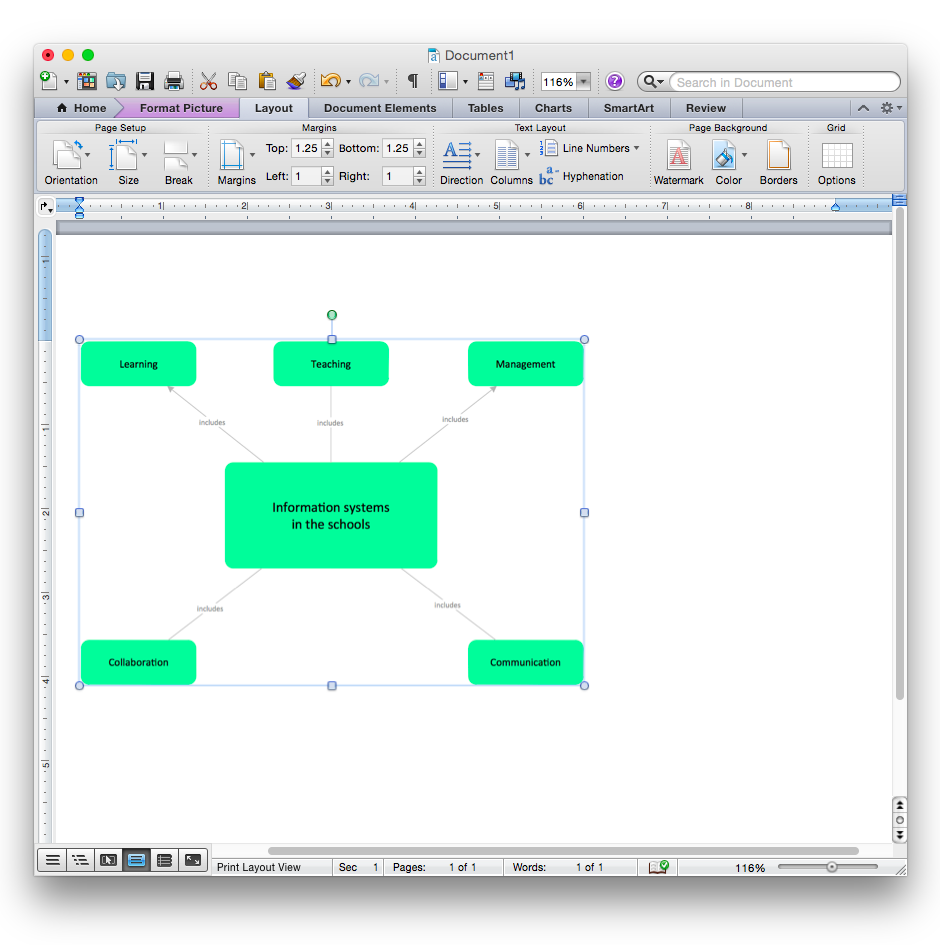