"Ski jumping is a sport in which skiers go down a take-off ramp, jump and attempt to land as far as possible down the hill below. In addition to the length of the jump, judges give points for style. The skis used for ski jumping are wide and long (260 to 275 centimetres (100 to 108 in)). Ski jumping is predominantly a winter sport, performed on snow, and is part of the Winter Olympic Games, but can also be performed in summer on artificial surfaces – porcelain or frost rail track on the inrun, plastic on the landing hill. Ski jumping belongs to the nordic type of competitive skiing." [Ski jumping. Wikipedia]
The vector pictogram example "Ski jumping" represents one of 20 icons from the Winter sports symbols library for the ConceptDraw PRO diagramming and vector drawing software.
The design elements library Winter sports is included in the Winter Sports solution from the Sport area of ConceptDraw Solution Park. www.conceptdraw.com/ solution-park/ sport-winter
Ski jumping 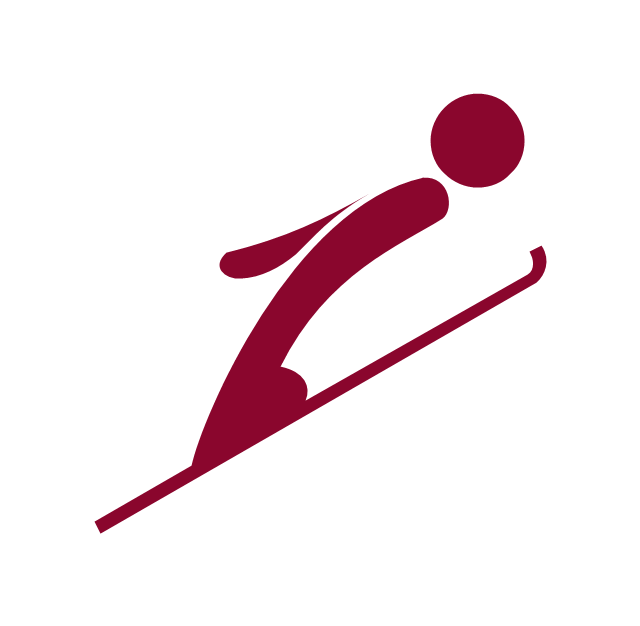 "Figure skating is a sport and activity in which individuals, duos, or groups perform on figure skates on ice. The four Olympic disciplines are men's singles, ladies' singles, pair skating, and ice dancing. Non-Olympic disciplines include synchronized skating and four skating. In senior-level competition, skaters generally perform two programs (short and long) which, depending on the discipline, may include spins, jumps, moves in the field, lifts, throw jumps, death spirals, and other elements or moves.
The blade has a groove on the bottom creating two distinct edges – inside and outside. In figure skating, the skater should skate on one edge of the blade and not on both at the same time, which is referred to as a flat edge. Skates used in single and pair skating have a set of large, jagged teeth called toe picks on the front of the blade. Ice dancing blades are an inch shorter in the rear and have smaller toe picks.
Figure skaters compete at various levels from beginner up to the Olympic level (senior) at local, national, and international competitions. The International Skating Union (ISU) regulates international figure skating judging and competitions. These include the Winter Olympic Games, the World Championships, the World Junior Championships, the European Championships, the Four Continents Championships, and the Grand Prix series (senior and junior).
The sport is also associated with show business. Major competitions generally conclude with exhibition galas, in which the top skaters from each discipline perform non-competitive programs. Many skaters, both during and after their competitive careers, also skate in ice shows which run during the competitive season and the off-season." [Figure skating. Wikipedia]
The vector pictogram example "Figure skating" represents one of 20 icons from the Winter sports symbols library for the ConceptDraw PRO diagramming and vector drawing software.
The design elements library Winter sports is included in the Winter Sports solution from the Sport area of ConceptDraw Solution Park. www.conceptdraw.com/ solution-park/ sport-winter
Figure skating 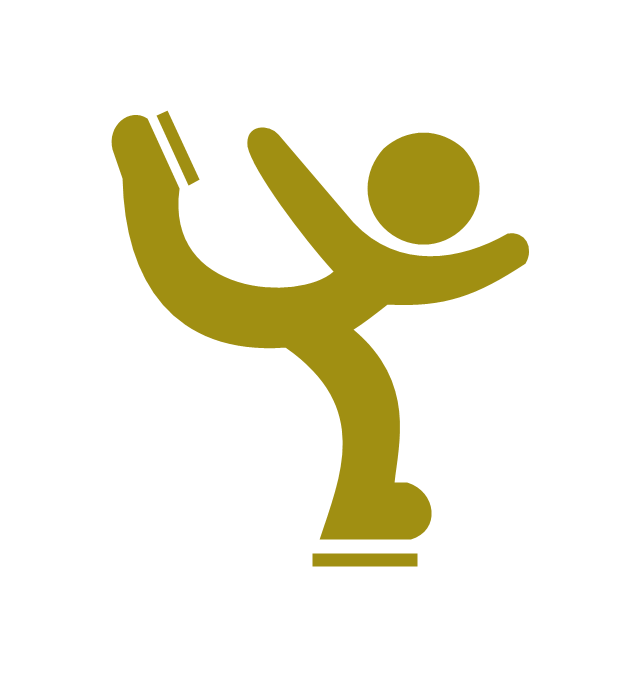