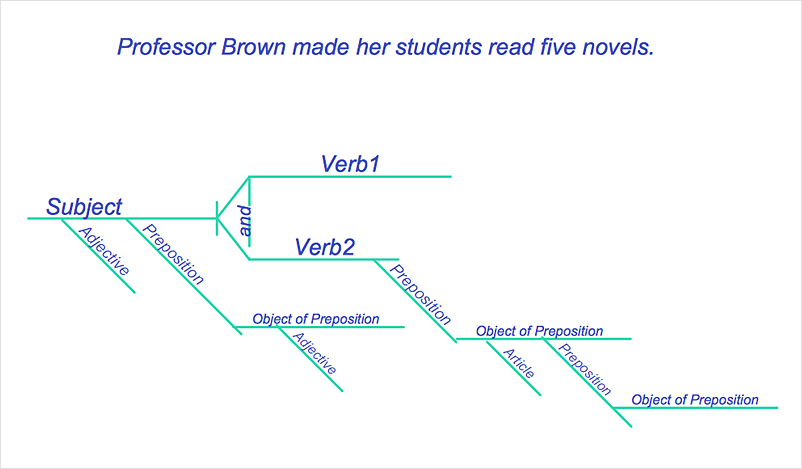 Diagramming sentences is a playful, fun way of learning English Grammer. Sentences can be very complex and can contain many different parts of speech which implicate many different grammatical rules. Diagramming sentences will help you to make sure every part of your sentence are grammatically correct and provides you with a more comprehensive understanding of the English Language. A Sentence Diagram displays the parts of a sentence as a diagram in order to show the relationship of words and groups of words within the sentence. Sentence Diagram shows the relationship between the proposal of its parts. This is a good way to teach grammar! Sentence Diagram helps to make the writing more coherent as well as more interesting to read. ConceptDraw DIAGRAM allows you to create clear sentence diagrams using the special templates and vector stencils library. 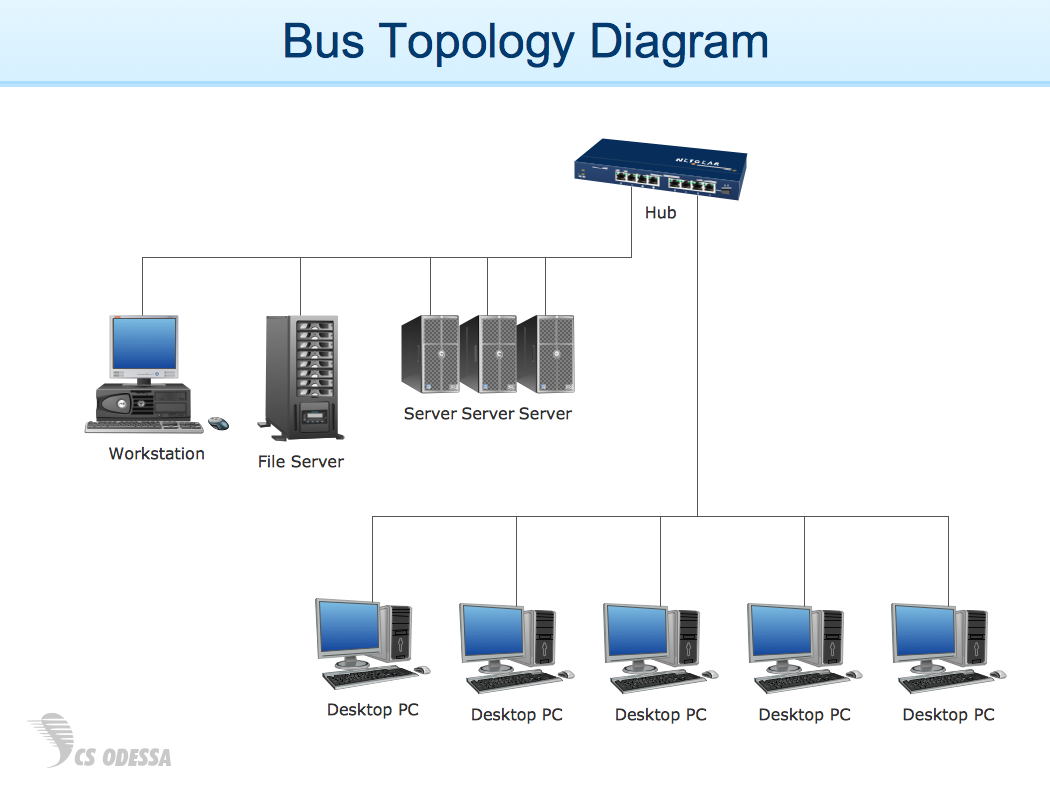 A Sentence Diagram is a pictorial representation of the grammatical structure of a natural-language sentence.
Diagramming sentences is a way to visualize how the different parts of a sentence fit together: the subject of a clause goes in one slot, the verb in another, and so on. Words that modify another word are attached to the word they modify. Understanding the functions of parts of the speech in a sentence and their relationship to one another can be very helpful in learning to construct good sentences.
The diagram of a sentence begins with a horizontal line called the base. The subject is written on the left, the predicate on the right, separated by a vertical bar which extends through the base. The predicate must contain a verb, and the verb either requires other sentence elements to complete the predicate, permits them to do so, or precludes them from doing so. The verb and its object, when present, are separated by a line that ends at the baseline.
For example, let's consider the following sentence: James bought a new book and gave it to his little sister. So, we see such parts of a sentence:
- James is the subject;
- bought a book and gave it are the compound predicate with direct objects (book, it);
- his sister is the indirect object;
- new, little are adjectives.
[Sentence diagram. Wikipedia]
This sentence diagram template for the ConceptDraw PRO diagramming and vector drawing software is included in the Language Learning solution from the Science and Education area of ConceptDraw Solution Park. 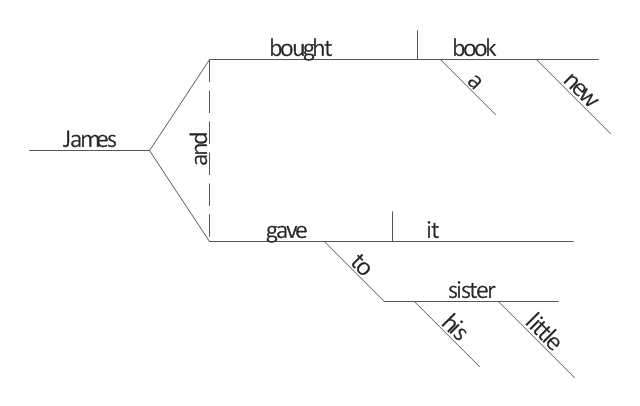 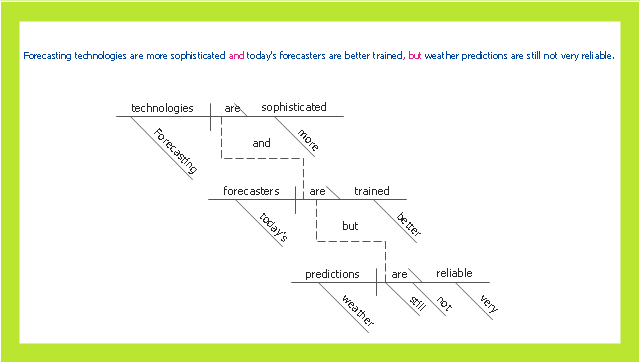